As continuous support to the Artificial Intelligence Themed C-Blogging, we will tackle the Excellent Facts About Space Probes, the main source of new information based on the machines that we sent to outer pace to gather information to help us fully understand and study the vast universe of the unknown. These probes which are equipped with the right knowledge to act even without full control from our control center can through deep machine learning. A beneficial part of our technology, that not just simplifies our lives but makes it economical for us to be creative and resourceful to maximize the use of a machine for every exploration.

NASA even sent Chuck Berry's music on a space probe searching for intelligent life in outer space. Well, now, if they're out there, they're duck walking.

Before we head along to the Excellent Facts About Space Probes and their benefits to mankind, we will have a quick overview of how they started to help us with space exploration. A space probe is a machine that we used to not just get a turn to orbit Earth but has a bigger mission to go to outer space and collect as much data as possible to send back to Earth for a human to study. The study of interstellar bodies that they will pass by is all beneficial for us to know a glimpse of the unknown. The fact that they collect every data that they can on their way is already a big help for us. Either they flyby to an interplanetary boundary, astronomical activities and every activity regarding the universe.

There are different agencies that send different space probes to collect data for us, from a different country base on the technology that they have. The more advanced of the use with Artificial Intelligence and machine learning, the more equipped they are to send and collect data for their beneficial used. There are different space explorations and mission activities we can count on to from different countries using advance machine learning and space probes. All have great advantages for humans and technology. People do not stop with allowing a space probe venture by the use of artificial intelligence and data that is programmed for each machine, different agencies keep on improving their technology over the others to be supreme when it comes to exploration, be with inside the Earth or even to a mode vast universe.

Once a probe has left the vicinity of Earth, its trajectory will likely take it along an orbit around the Sun similar to the Earth's orbit. To reach another planet, the simplest practical method is a Hohmann transfer orbit. More complex techniques, such as gravitational slingshots, can be more fuel-efficient, though they may require the probe to spend more time in transit. Some high Delta-V missions (such as those with high inclination changes) can only be performed, within the limits of modern propulsion, using gravitational slingshots. A technique using very little propulsion, but requiring a considerable amount of time, is to follow a trajectory on the Interplanetary Transport Network.

There are also famous and successful space probes by history;

Lunokhod 1 (Луноход, moonwalker in Russian; Аппарат 8ЕЛ № 203, vehicle 8ЕЛ№203) was the first of two robotic lunar rovers landed on the Moon by the Soviet Union as part of its Lunokhod program. The Luna 17 spacecraft carried Lunokhod 1 to the Moon in 1970. Lunokhod 1 was the first remote-controlled robot "rover" to freely move across the surface of an astronomical object beyond the Earth. Lunokhod 0 (No.201), the previous and first attempt to do so, launched in February 1969 but failed to reach orbit.

Remember to look up at the star and not down at your feet.

Although only designed for a lifetime of three lunar days (approximately three Earth months), Lunokhod-1 operated on the lunar surface for eleven lunar days (321 Earth days) and traversed a total distance of 10.54 km.

Curiosity is a car-sized rover designed to explore the crater Gale on Mars as part of NASA's Mars Science Laboratory mission (MSL). Curiosity was launched from Cape Canaveral on November 26, 2011, at 15:02 UTC and landed on Aeolis Palus inside Gale on Mars on August 6, 2012, 05:17 UTC. The Bradbury Landing site was less than 2.4 km (1.5 mi) from the center of the rover's touchdown target after a 560 million km (350 million mi) journey. The rover's goals include an investigation of the Martian climate and geology; assessment of whether the selected field site inside Gale has ever offered environmental conditions favorable for microbial life, including investigation of the role of water; and planetary habitability studies in preparation for human exploration

In December 2012, Curiosity's two-year mission was extended indefinitely, and on August 5, 2017, NASA celebrated the fifth anniversary of the Curiosity rover landing. The rover is still operational, and as of August 10, 2019, Curiosity has been on Mars for 2492 sols (2560 total days) since landing on August 6, 2012. Curiosity's design serves as the basis for the planned Mars 2020 rover, which will carry different scientific instruments.

I thought it was really cool because you got to do all these probe things and it was kind of like an actual space mission. You got to do things like you'd do on an actual rocket.

Rosetta was a space probe built by the European Space Agency launched on 2 March 2004. Along with Philae, its lander module, Rosetta performed a detailed study of comet 67P/Churyumov–Gerasimenko (67P). During its journey to the comet, the spacecraft flew three times by Earth, by Mars, and the asteroids 21 Lutetia and 2867 Šteins. It was launched as the third cornerstone mission of the ESA's Horizon 2000 program, after SOHO / Cluster and XMM-Newton.

On 6 August 2014, the spacecraft reached the comet and performed a series of maneuvers to eventually orbit the comet at distances of 30 to 10 kilometers (19 to 6 mi). On 12 November, its lander module Philae performed the first successful landing on a comet, though its battery power ran out two days later. Communications with Philae were briefly restored in June and July 2015, but due to diminishing solar power, Rosetta's communications module with the lander was turned off on 27 July 2016. On 30 September 2016, the Rosetta spacecraft ended its mission by hard-landing on the comet in its Ma'at region.

Voyager 2 is a space probe launched by NASA on August 20, 1977, to study the outer planets. Part of the Voyager program, it was launched 16 days before its twin, Voyager 1, on a trajectory that took longer to reach Jupiter and Saturn but enabled further encounters with Uranus and Neptune. It is the only spacecraft to have visited either of these two ice giant planets.

Its primary mission ended with the exploration of the Neptunian system on October 2, 1989, after having visited the Uranian system in 1986, the Saturnian system in 1981, and the Jovian system in 1979. Voyager 2 is now in its extended mission to study the outer reaches of the Solar System and has been operating for 41 years, 11 months and 21 days as of 10 August 2019. It remains in contact through the NASA Deep Space Network.

At a distance of 120 AU (1.80×1010 km) (about 16.4 light-hours) from the Sun as of February 25, 2019, moving at a velocity of 15.341 km/s (55,230 km/h)[8] relative to the Sun, Voyager 2 is the fourth of five spacecraft to achieve the escape velocity that will allow them to leave the Solar System. The probe left the heliosphere for interstellar space on November 5, 2018, becoming the second artificial object to do so, and has begun to provide the first direct measurements of the density and temperature of the interstellar plasma.

Deep Impact was a NASA space probe launched from Cape Canaveral Air Force Station on January 12, 2005. It was designed to study the interior composition of the comet Tempel 1 (9P/Tempel), by releasing an impactor into the comet. At 05:52 UTC on July 4, 2005, the Impactor successfully collided with the comet's nucleus. The impact excavated debris from the interior of the nucleus, forming an impact crater. Photographs taken by the spacecraft showed the comet to be dustier and less icy than had been expected. The impact generated an unexpectedly large and bright dust cloud, obscuring the view of the impact crater.

Previous space missions to comets, such as Giotto, Deep Space 1, and Stardust, were fly-by missions. These missions were able to photograph and examine only the surfaces of cometary nuclei, and even then from considerable distances. The Deep Impact mission was the first to eject material from a comet's surface, and the mission garnered considerable publicity from the media, international scientists, and amateur astronomers alike.

Upon the completion of its primary mission, proposals were made to further utilize the spacecraft. Consequently, Deep Impact flew by Earth on December 31, 2007, on its way to an extended mission, designated EPOXI, with a dual purpose to study extrasolar planets and comet Hartley 2 (103P/Hartley) Communication was unexpectedly lost on September 2013 while the craft was heading for another asteroid flyby.

Excellent Facts About Space Probes And Their Status

To sum, a few of each stage or status of each space probe from then here are some of them,

The space probe Dawn has a mission to study the asteroid 4 Vesta and the small planet Ceres, which started last September 20007 and ended March 2015.

The space probe mission Chang'e 5-T1 was destined to collect data to the moon. It is basically a test mission for an unmanned space probe to re-entry into the moon and other several missions before returning back to Earth. It was launched last October 2014 and came back in January 2015

Querlo char about - Space Exploration Through Artificial Intelligence and Space Probes - Powered by Querlo. Edited and prepared by Zille for bitLanders

All the different active space probes right now searching through the outer space to collect data for our further study, surely it will not stop where we are right now but will continue to cross interstellar boundaries. Both are beneficial for human and technology. We can only guarantee each success as a stepping stone to more advanced space exploration. Humans don't continuous there, so thus artificial intelligence. we have unmanned probes doing the work for us right now, they can easily think of what to do without direct contact from our mission control. They are smarter than the last space probe sends to space.

We are assured that things will be more advance and we can only watch how the machine makes everything easier for us, including interplanetary exploration.  I am getting more excited about each technologies innovation. What are your thoughts about this?

Thank you for dropping by and staying until the ned for this article.

The images, videos, links present on this article are for promotional used only and proper credit was given to them.

Visit my other Artificial Intelligence Themed C-blog here. and join bitLanders family now. Sign up and claim your $1 right away! 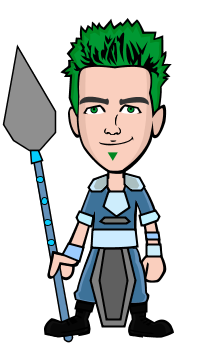