Too much traffic in the city of Cebu had forced new technologies and man power to create ways to beat this pain-in-the-neck stuff. Unfortunately, the traffic is caused by different factors and one of them was the addition of lots and lots of new car owners who have been engaged with Grab and Uber. This new way of ride sharing has been embraced by the consumers because of important reasons which I myself has also personally liked and thus, I am part of the thousands if not millions of users for these mobile application.

Ride sharing is an act or instance of sharing rides or transportation, especially by commuters: A statewide campaign to encourage ride sharing would reduce overcrowding on the highways. 4. a car service with which a person can use a smartphone app to arrange a ride in a usually privately owned vehicle. Info from www.dictionary.com

But with ride sharing companies hiring and accepting more cars to stay in the road, traffic has increasingly hiking and spiking to the extent of spending hours in the road for a supposed 15 minute drive from point A to point B in Cebu City.

Habal-Habal to the Rescue

A habal-habal driver waiting for his passengers. Image credits: www.trekearth.com

Motorcycles have been in the planet for thousands of years. It is convenient, efficient and even very agile to the environment! So in Cebu City, motorcycles can be seen at any time of the day either running on the roads or parked at the sidewalks. Thus what better way to beat a traffic made out of four wheeled vehicles than to use a smaller one - motorcyle?

Of course this became a business strategy to most motorcycle drivers within and even outside the city. We in the Visayas region call it "habal-habal". The term itself is a bit bold because in our own dialect, the root word "habal" actually means the action done between lovers, you should know what I mean.

But "habal-habal" in its original form was mainly used in the provinces and it originated there too wherein it come in different forms, some are of dangerous ones. Let me explain further.

The motorcycle will have an extended seat protruding over the back wheel. It usually accommodates four persons, including the driver, who moves forward over the gas tank for better balance. A fifth, smaller person, may also sit sidesaddle on the gas tank in front of the driver. But the more complex form of the "Habal-Habal" can seat up to thirteen persons as well as their baggages. It has extensions consisting of wooden planks placed across the back seat of the motorcycle to form the seats for the passengers. Baggages, ranging from vegetables and groceries to chickens and even goats, are lashed at strategic places. Source: wikipilipinas.org

However, in cities like Cebu, "habal-habal" are monitored by the city government's traffic force and so the passenger is limited to only one, so it is better and safer compared to that in the provinces.

But accidents are still present even after all these restrictions imposed by the traffic law. Some motorists and drivers are just hard headed that they beat a lot of traffic laws such as over speeding, overloading and even overtaking. In fact one of the reasons why some Cebuanos are not into this "habal-habal" thing is because of the gruesome accidents that had occurred because of these reckless drivers. One issue as well is these drivers who have had accidents are usually those who have expired licenses and their motorcycles have not yet been registered.

And a personal experience myself is the bad smell of helmets and even the drivers themselves. This was top reason for me not to embrace the "habal-habal" business in Cebu.

Angkas is the Answer

A brilliant mind made use the "habal-habal" business in beating traffic minus the reckless drivers, minus the smelly helmets plus a ride sharing app. Two components which had been very effective within Cebu City.

It was just a few months ago that this had been launched within Cebu city yet, I have noticed they are obviously increasing in numbers. I could find them in any corner of Cebu and even when I am just walking on my way to our office. They can easily be identified because of their uniform shirts and helmet colors.

So, the question goes like this: what is the difference between Angkas and the traditional "Habal-habal"? Let me dissect that out in few points. 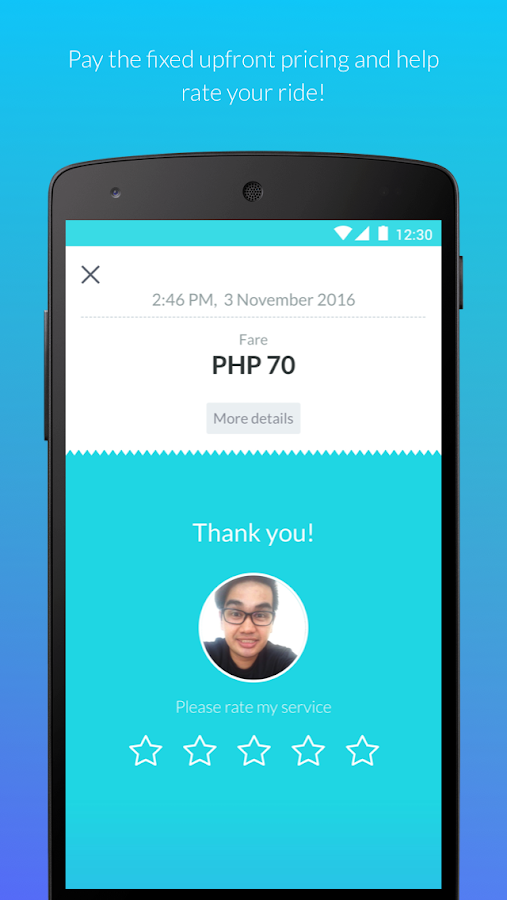 Just like how Uber and Grab works, once a user attempts to book a bike service, it will show the exact fare one has to pay. This is way way better than haggling a random biker.

Bike fare in Cebu City has been abused by these greedy drivers that which had gone worse during rush hours and holidays. Just like one scenario when a commoner asked a driver how much it would cost her going to Fuente Osmena and she was along Colon street. That was rush hour and Sinulog week, the driver asked for Php 100 when the trip would only take at least 10 minutes. That was way too much.

So having an idea the fare price is definitely an advantage over the regular "habal-habal".

Having courteous and well trained drivers would be a big factor to the success to a company such as Angkas so they must invest in their training before hiring drivers.

So far based on my friends' feedback as well as my own, every Angkas driver has been professional enough to follow traffic rules most importantly to be concerned with the well being of their passengers.

I know it might still be too early to say this but I believe Angkas is working on it in maintaining these character traits of their drivers. This will surely encourage more Cebuanos to embrace the said transportation medium.

As I have noted in the first part of this blog, I had a first hand experience with sanitary issues when riding a regular "habal-habal" which had discouraged me to take one from that on. And so, this is one of the things that Angkas has given importance as well.

Each bike driver would always offer and provide masks and hair caps for their passengers. These drivers had undergone proper customer service training so they would not forget to offer such materials to their passengers. These are disposable ones but any passenger can also just keep them in case they are planning to book another ride later the day.

Angkas proudly shares that they have personal accident insurance provided to all their passengers. I believe that definitely gives each rider a peace of mind and assurance that they are covered if anything happens while on the road.

However, this is still a questionable thing and since no one as far as my radar is concerned has experience this yet, we can't truly know what the coverage is. I hope that this is a medical and life insurance though.

If you have a smartphone, you can download it from your app store first. It is very much similar to the Uber and Grab applications where you just input your starting location and destination and the app will fetch the nearest Angkas bike operator for you as well as provide you with the exact fare to be paid.

It makes use of Google Map to actually determine the distance between the pickup point to the destination and thus the rate is calculated. They have a flag-down rate of PHP20 for the first kilometer and the next is Php 10 and so on.

But what's good is that they offer discounts at certain days.

There's no reason not to beat traffic with Angkas on your phone!