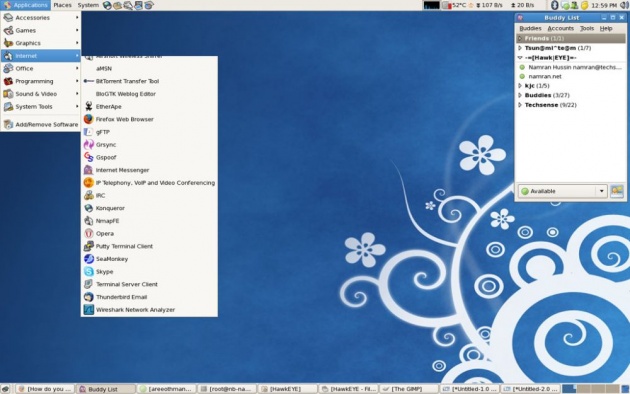 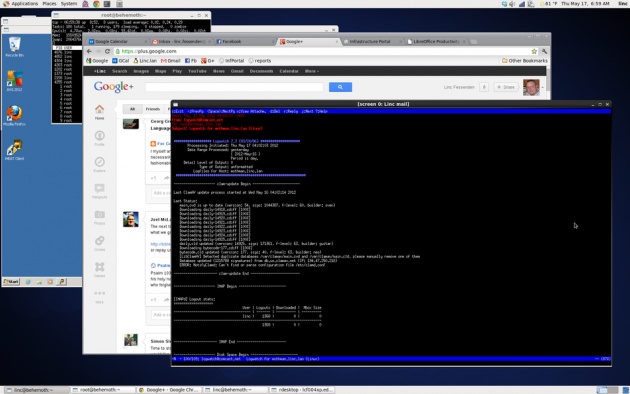 CentOS is one of those operating systems in the Linux world that are often recommended for students who want to continue their career as Linux system administrators. There is no wonder here, because CentOS is a re-branded compilation of the corporate operating systems leader RedHat.

I wrote my last review of CentOS almost 5 (five!) years ago, and that was CentOS 6 GNOME. That time I complained that the only version of CentOS available for the users was GNOME.

Since then I approached CentOS only once when I wanted to use it for my home file server. Unfortunately, I was out of luck as CentOS dropped support of processors without pae. That was the case for my laptop that time.

Has anything changed there? If you visit the download section of CentOS, you notice that first of all, there is version 7 of CentOS now; second, Live media is available in GNOME and KDE editions. That's a bit of progress. However, you need to dig further if you need a 32-bit version of CentOS 7. So, if you wanted to use a rock-solid, stable, and powerful operating system to rejuvenate your old computer and use it as a small family server, you need to be patient in your searches.

Apart from the Live version, there are Minimal, DVD and Everything ISOs. They can be used for direct installation of the operating system. I did not check any of these, because my choice was CentOS 7 Live KDE. You can download it directly from any of the mirrors or using torrent. The latest image is dated December 2015.

The ISO image of CentOS 7 Live KDE is just under 1.8 Gb. I downloaded it and "burnt" onto a USB stick using the dd command.

The USB stick is in the port of my laptop Toshiba Satellite L500-19X. Reboot. Choose to boot from USB. Let's go!

Booting up
There are two options on the first screen of CentOS 7 Live. You can either boot into the operating system directly, or go into the Troubleshooting that has some subsections.

The boot process takes some time, but eventually you end up on the default welcome screen.
First impressions
If you expect to see a feature-rich desktop, CentOS 7 Live KDE will not meet your expectations. The default desktop is empty. It has a wallpaper in light-blue tones with CentOS 7 written in the bottom-right corner, and that is it. If you don't like the default wallpaper, there is a small choice of alternatives available right out of the box. Of course, you can use your own image too.

There is a white-colour panel at the bottom of the screen that has a menu and activity changer buttons on the left and notification area on the right. The notification area features the usual suspects like clocks, network, clipboard, USB, volume, battery controls and some more. Nothing specific here. You can find similar options in many other distributions with KDE4. CentOS 7 uses KDE 4.14.8. 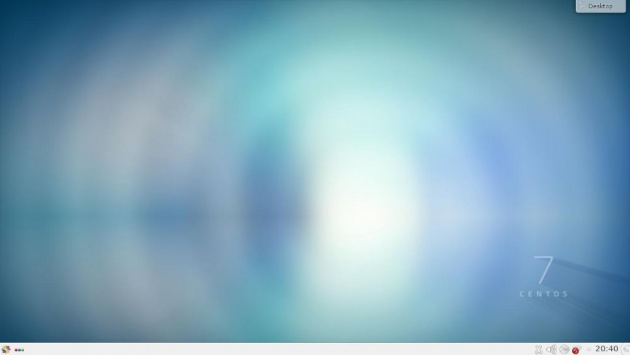 The freshly booted system took more than 580 Mb to boot. That's quite a few. 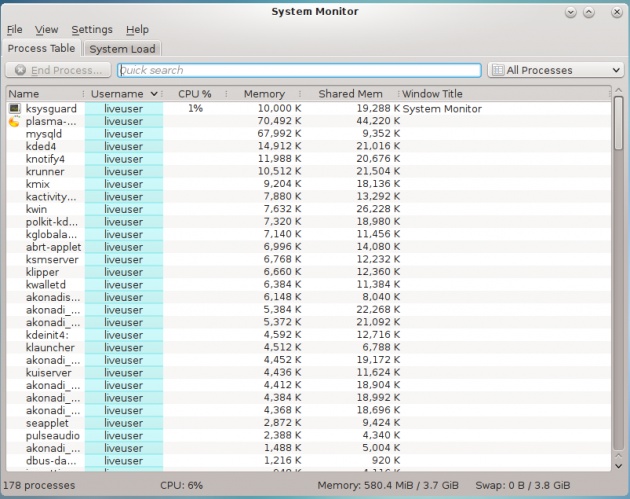 When I tried to save the above screenshots on the local drive, I found an issue with CentOS 7 that I am going to talk about later. However, I would like to mention here some more problems of a more serious nature.

CentOS issued a kernel crash error during the first minutes of my running it in the Live mode. This is not something you expect from an operating system of this level. 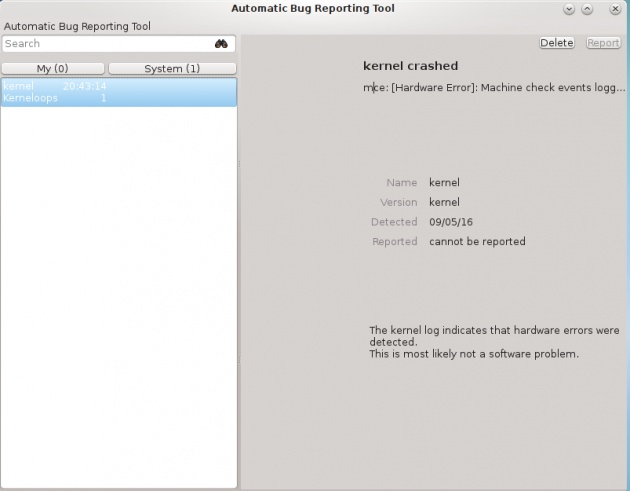 Yet another issue worth mentioning is the absence of window borders or shading. It means you cannot tell when one window ends and another starts.

As you can see, developers did not bother too much with the polishing of the KDE edition of CentOS 7 and its look.

Network connection
CentOS 7 successfully recognised and configured the wireless card of my laptop, which is Realtek 8191SEvB. I only had to select my home network, type in the password and enjoy the rest.

Dolphin file manager has the "Add Network Folder" option, which worked fine for my home file server. Unfortunately, that was not the automatic browsing of the network, but rather a manual typing in of the shared folder details.

Things are worse for local partitions. CentOS 7 comes without necessary NTFS tools. My laptop has some NTFS partitions, but I could not use them while running the Live session of CentOS 7. That is why I had issues with saving the screenshot images: I could not save them on my hard drive.

Keyboard layout
The default keyboard layout in CentOS 7 is English US.
There are no issues with configuring multiple keyboard layouts in KDE4. That's why I could change the default English US layout to a combination of English UK and Russian using the guidance that I previously recorded for all my readers.

Applications
CentOS comes with a decent, but not vast set of applications. Some of them are KDE-specific and expected to be in the KDE distribution, others are the choice of developers.

Graphical tools include some simple viewers and editors like Okular, Gwenview, KolourPaint and so on.

LibreOffice tools are the representatives of productivity tools. LibreOffice Draw is also included, but there are no Base or Math components.

K3B disk burning tool and Dragon Player are in the Multimedia section of the menu along with KMix sound mixer.

Of course, there are plenty of administrative and user-level utilities like KWrite, Ark, KCalc, Firewall and so on.

Unfortunately, I could not find a graphical tool for software installation in CentOS 7 KDE. That is why I decided to try the command line utility yum and install the NTFS package that was missing in the default disk image. NTFS package is not in the CentOS standard repository. But CentOS has plenty of "approved" third-party repositories. One of them has the necessary package. The command for the installation of NTFS utility is
sudo yum install epel-release
sudo yum install ntfs-3g
After that, the NTFS partitions on my hard disk drive became browsable.

Multimedia
Unfortunately, CentOS 7 does not include necessary multimedia codecs to play MP3 files or videos. Flash player is not included either, which means you cannot watch videos on certain web sites including BBC iPlayer. 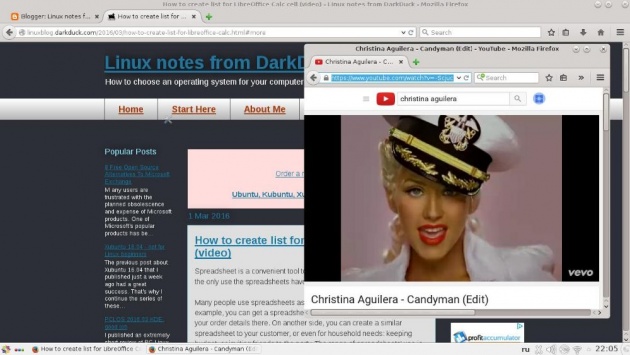 Conclusion
There are different tasks when building an operating system:

Some distributions manage to tick several checkboxes in that list. But CentOS did not tick any for me.

The issues with graphical interface and absence of graphical software management tools make me say that CentOS is not user-friendly.

I could say that the system is stable, if there was not a kernel crash at the very beginning.

Yes, the system it quick and responsive. But taking 580 Mb of memory just to boot is too much for me.

Of course, CentOS is not pocket-size, nobody wanted it to be portable.

Whom can I recommend CentOS to? Probably to people I mentioned in the very beginning of this article: students who want to dedicate their life to system administration. You need to learn how to search for the answers, how to do things manually. That is your profession. That is your bread. CentOS gives you a brilliant opportunity to learn all of that along with learning the system itself.

But CentOS is not for home users who want things done quickly and easily, I'm afraid.CentOS 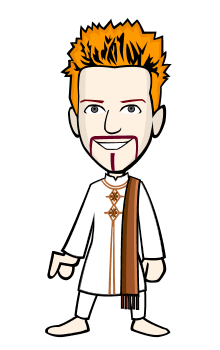 Free Operating Systems for your Computer

Hello,I am Anjani here and bringing a new topic related to operating system. If you are going to pur…