All I see nowadays is an overused computer generated world and I don't know about you but I'm getting a little detached. 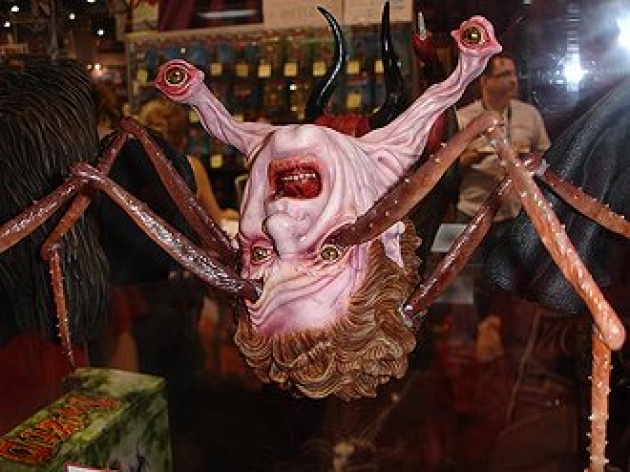 So why are more and more films of our time depending on CGI?

Are we showing off? Is it cheaper? Are we lacking prosthetic enthusiasts?

"In the late 80s onward, as computer technology improved by leaps and bounds, special effects artists began to look more and more to Computer Generated Imagery (CGI) as the answer to many special effects problems. Computers allowed for the production of static and moving images without cumbersome miniature or blue screen work, nor the tiresome one frame at a time process of stop motion animation."(http://billydritchie.hubpages.com/hub/The-Case-For-And-Against-Computer-Generated-Imagery)

Understandably CGI has taken us to another reality at times. Rather than the jumping, glitchy creatures in those loveable Ray Harryhausen classics, Jason and the Argonauts (1963), Sinbad and The Eye of the Tiger (1977), Clash of the Titans (1981) we have more clean, crisp, and believable movements. 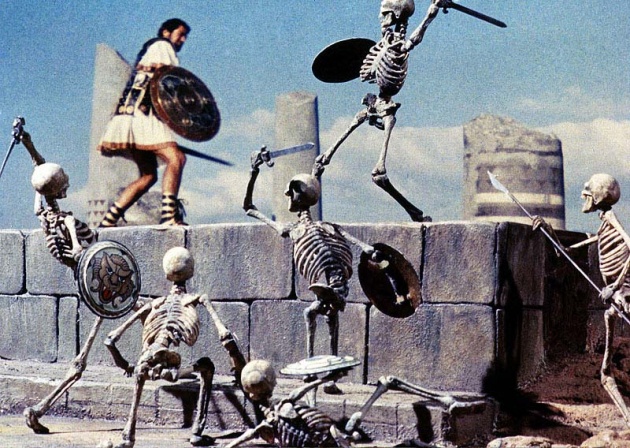 But there's something niggling me.

Let's continue with the theme of creatures...

Films that are shot in the 'real' world, where we are lead to believe are centered around 'real' people dealing with 'real' situations should have an element of actuality.

I've slightly tongue-tied myself there but I shall use some examples to explain what I mean.

Signs (2002) Now I love this film but I get passionately infuriated with one particular scene. Our reverend has just been told that 'one of them' is locked in Rays kitchen. He goes to investigate, sticks a reflective knife under the door, and lo and behold, a monstrous three-fingered computer generated claw reaches out! Did I say computer generated? Yes, I did. What was SO difficult about making this a real prosthetic claw? All I can think is LAZY and my sense of 'reality' just withers away.

Now, if you consider Jurassic Park (1993), it does something quite different. It subtly blends both CGI and Puppetry, using CGI only when absolutely necessary. Many close-ups are organic. Majority of wide-shots are computer generated... This subtle blend narrows my awareness of pixels but still manages to make a believable imprint on the brain. 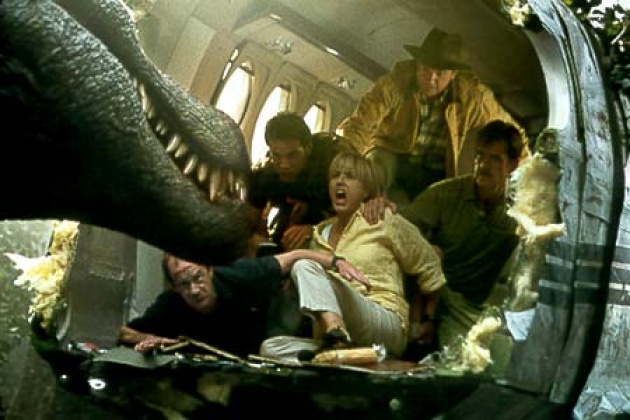 (I may sound like I chain myself to the gates of Paramount Pictures chanting the terribleness of CGI but there ARE times when I do appreciate it. AVATAR for example, was mind-blowing. It was CGI heaven and rightly so... but let's face it. Was it an intended reflection of Earth? NO, this was another world and who am I to say it didn't look real?)

The debate could go on for years and fall into many categories but it's worth thinking about.

Personally I think 'less is more', a subtle blend between CGI and something physical is enough to look believable and 'feel' believable, total reliance (at this time) is a total diluted washout, but nothing at all is very back to basics and requires imagination.

Here are some thoughts to consider (Many thanks to my Facebook  friends for joining in!)

"When it's good, it's awesome - Jurassic Park when it first came out; The Incredibles, Finding Nemo. When it's bad - Jar Jar Binks in Star Wars, the sharks in Deep Blue Sea for examplease, it's laughable. The shark in Jaws was rubbish, but it didn't matter because the film was so brilliantly directed and you don't see the monster until late in the movie. Sometimes less is more. The morphing effects in Terminator 2 were groundbreaking, but they were just a small part of a great film." David Harris

"Apocalypse Now is a great example they actually blew up part of the jungle and it looks a lot better than most CGI fake explosions you get in other films. Similarly the lorry flip on The Dark Knight, using wires to properly flip a truck rather than CGI car crashes like in Bad Boys or the Matrix films" Sam Burgess

"If you watch the show Supernatural, there are the CGI effects for Angels, Demons, Shifters and Vampires, those are some of the CGI effects that can bepulled off and look pretty decent as they are in small amounts per episode. Now, also during that show there are car crashes and explosions (I think) those are done with practical effects, hell the car crash at the end of Season 1 (sorry, SPOILERS!) is done using 1 car and 1 truck. Even during production there was a mistake with the car; it slipped off the railings that were guiding it and that made it look EVEN BETTER. I VOTE PRACTICAL over CGI any day of the week." Adam Hitchin

Check out my other blogs, films, behind the scenes insights and more @ http://www.filmannex.com/webtv/amy-hill