Ella's Moments is a short film by Caitlin Donaldson, inspired by the experiences of her mother working as a nurse. The film revolves around Ella, a girl who is suffering from cancer, but has decided to sign a DNR form and embrace death.

I was extremely interested in working on this, as I love films that have production value, and as the film was being shot in a real hospital ward, I thought it would be a good production. This was one of the better sound recordist opportunities for me, as I encountered very few problems - except a noisy pair of boots in the room above us.

I had the chance here to work the final day as a sound mixer, and the first two days as a boom operator, collaborating with sound mixer George Smith, someone who I had worked with previously. This was difficult for me, as I had to trust someone else to listen to the recordings and ride the mixer, but I could trust George, and I had to focus myself on directing the boom in some complicated lighting set ups. We were there for 100% clarity on the dialogue, and I feel that this goal was achieved. 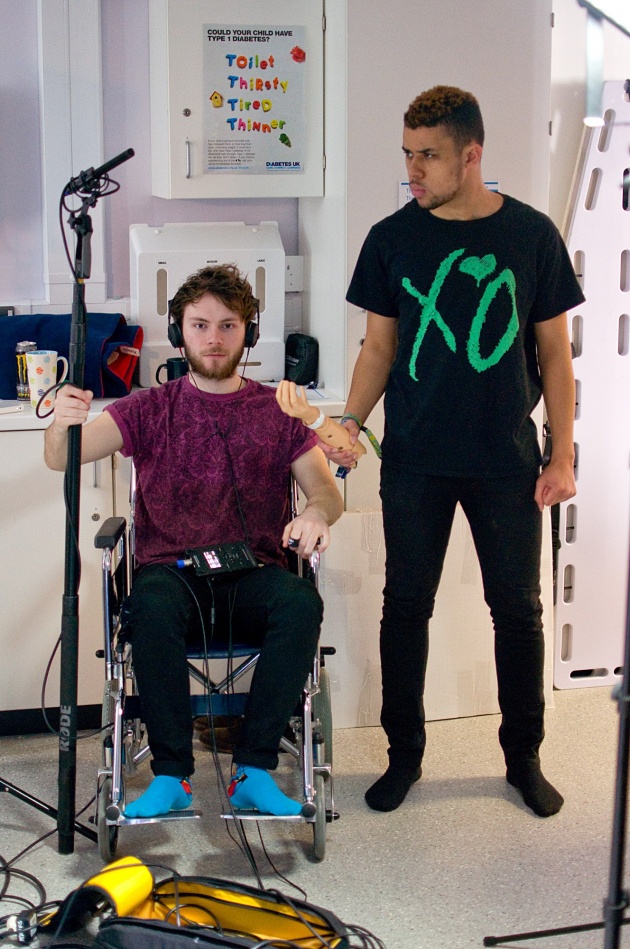 Ella's Moments is a short film by Caitlin Donaldson, inspired by the experiences of her mother worki…

I had the opportunity to work with George Smith again on his film Child Written. This shoot consiste…

As part of my university course, I have been given the target of reaching a total of 80 hours worth …

No One Else - Costume Design

Costumes were something that I was especially keen to get right. I have always had the same opinion …