No One Else - Costume Design

Costumes were something that I was especially keen to get right.

I have always had the same opinion on costumes within film; if the costumes are not authentic or visually good looking on screen, then the whole illusion of the film could be lost. My concern with costumes in this film was making sure that they did not look cheap or tacky, as this would have spoilt the visual style in the film.

Fortunately for me however, I am pleased to say that I worked closely with Angels Costumiers in London in designing my costumes. I had several ideas and designs in mind, and after discussing with them I had access to their warehouse where my costumes were made. Angels have a fantastic portfolio of work, including Game of Thrones, Harry Potter, Boardwalk Empire, Django Unchained and many more.

With my costumes, I wanted there to be a real contrast between the two characters.

I wanted Armus, the young lord, to have a regal yet simple costume. I like the look of leather on screen and I was lucky to get a beautiful leather cape for the outer layer. I also love the look of fur, and this was added to the costume. Red was the look that I wanted to have with this character. Red has a real regal look to it, and I think a dark red works really well with the dark nature of the film.

With Vin, the soldier, it was all about finding a nice compromise between simple light armour and soft materials. I had considered suits of armour, however I thought that this could potentially look tacky if not done right, so went back to furs and leathers. I think what makes this costume is the outer fur layer. This is a beautiful piece of costume and I really think it works well for the character. As a soldier on the run, he would be expected to be wearing light armour, so the pieces I managed to acquire are ideal.

Here are some pictures of the costumes, and a still from the film. Thanks for reading! 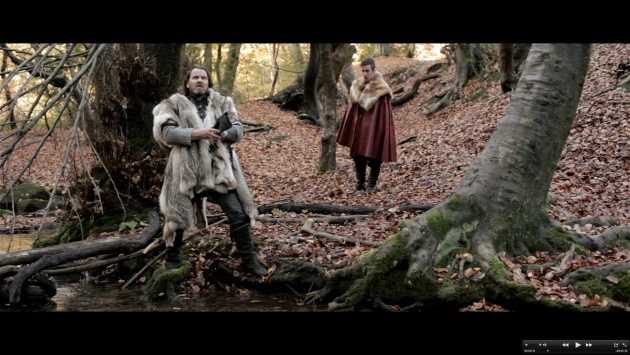 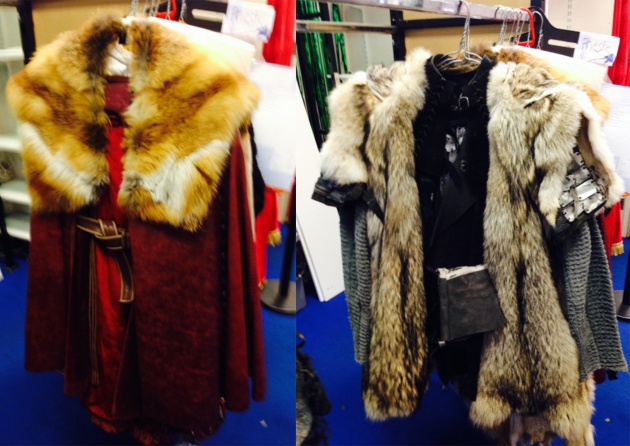