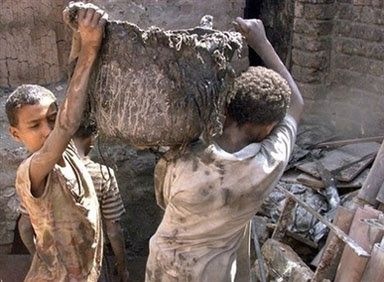 Stigma attached to manual. There should be no labour. There is no shame in it. All work in noble and sacred for there is dignity in labour.

The Holy Prophet encouraged labour. He says that the labourer is the beloved by Allah. He would never ask any one to do anything which he himself would not do. He liked doing work for himself and for others with his own hands. he repaired his shoes, mended and washed his clothes and swept his room. When the mosque at Madina was being built, he carried mud and building material.

Hazrat Abu Bakar, the first pious Caliph, not only did his own work but also fetched water for widows and neighbours who were very old and had no one to work for them. Harzrat Umer, the second pious Caliph, once carried on his shoulders a large sack of flour for a needy family. Hazrat Ali, the fourth pious Caliph, laboured in the garden of a jew and gave away his wages in charity.

3. Hazrat Fatima and others

Hazrat Fatima fetched water, ground corn and swept the house. She did all household work hirself. Caliph Umer Abdul Aziz refused to hire a servant to help his wife. At table, Caliph Mamun-ur-Rasheed served not only himself but also his guests. Sultan Naearned his living. By transcribing. The Holy Quran, and the Mughal Emperor. Aurangzeb by making caps.

The people of advanced countries have learnt the dignity of labour. In China, everyone has to spend sometime each year working in the fields or in a factory,

So dignity of labour is a very much important for every person. 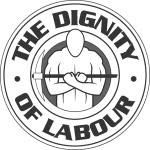 Ayub Khan started his career as an army officer in the British Army and served on many fronts. On th…

Labor in Economics: Definition, Meaning and Factors affecting Supply of LaborOn November 19, 2015 By…

child laborhas been an international concern because it damages, spoils and destroys the future of c…