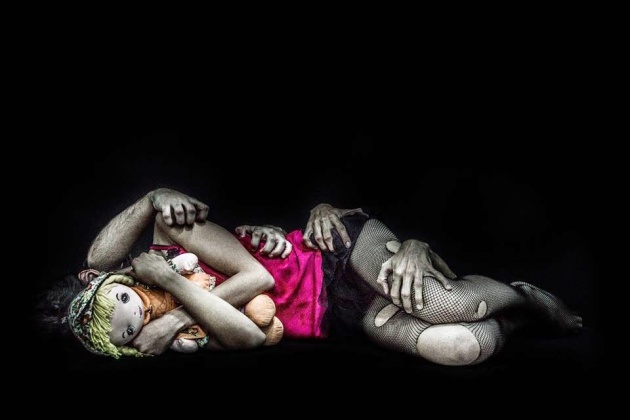 Now a days child abuse has become most horrible crime over all the world. Child abuse cause childhood trauma. Trauma is due to neglect, witnessing or experiencing domestic violence in childhood as well as other adverse childhood experiences. Child abuse can occur in a child's school, communities( the child interacts with) and for child labors in organizations where they work.

According to the World Health Organization what is child abuse:

"Child abuse or maltreatment constitutes all forms of physical and emotional ill-treatment, sexual abuse, neglect or negligent treatment or commercial or other exploitation, resulting in actual or potential harm to the child's health, survival, development or dignity in the context of a relationship of responsibility, trust or power". 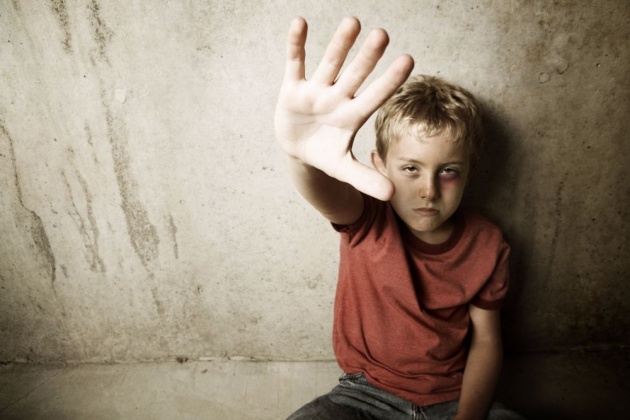 Child abuse and its types:

Sexual abuse is an act of forcing coerced sex by one person upon another who is child. Culprit person can be a child involving in sexual abuse with another child. In this act, culprit person sexually abuse a child by threats and physical force. 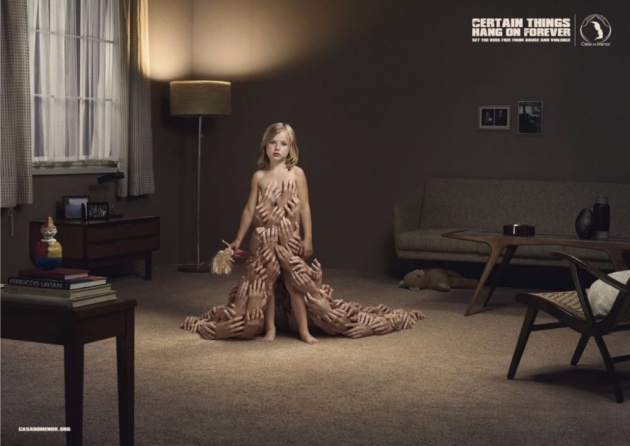 Approximately fifteen to twenty five percent of women and five to fifteen percent of men were sexually abused when they were children in America. According to researchers they found thirty percent sexual abuse cases of children related to their relatives, fathers, most often brothers, cousins or uncles and around sixty percent are other acquaintances such as neighbours, family friends or strangers. 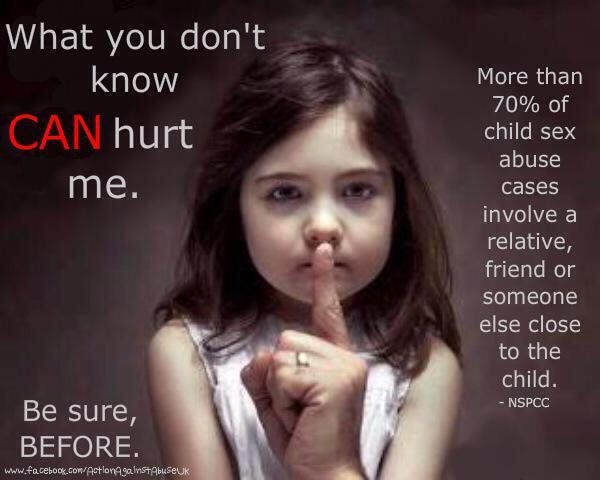 In BBC Report of sexual abuse in India, in which seventy six percent of respondents said they had been abused as children, fourty percent of those stating that the culprit was a family member.

Emotional abuse is the second most common and dangerous form of child abuse. It refers to the psychological and social aspects referred to as psychological, emotional or mental abuse to a child. Through this effected child also suffer from psychological trauma including anxiety, chronic depression, or post-traumatic stress disorder.

Kids who are constantly shamed, ignored, terrorized or humiliated are much suffer emotionally. Abused kids can develop up experiencing low self esteem, lack of development and insecurities as well. Many abused kids experience ongoing withdrawal, trouble in school, trust issue and facing problem during making relationships. Parents can also characterise in overt aggression towards their kids, including shouting and intimidation, or they might manipulate their kids using extra delicate means, similar to emotional blackmail. 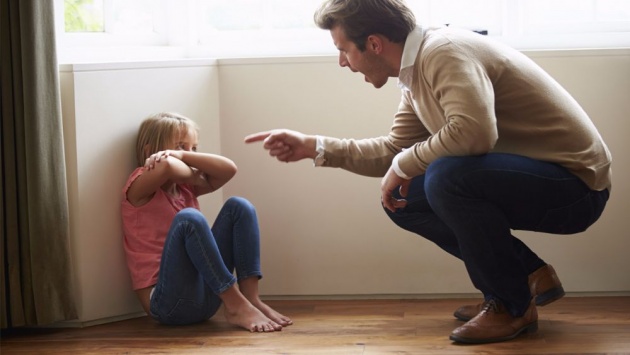 Physical abuse is defined as unintentional trauma or physical harm caused by beating, punching, biting, kicking, or in any other case harming a kid. Physical abuse is probably the most seen type of kid maltreatment.

On many occasions, physical abuse outcomes from inappropriate or extreme physical self-discipline. Guardian in anger could also be unaware of the magnitude of power with which she/he strikes the kid. 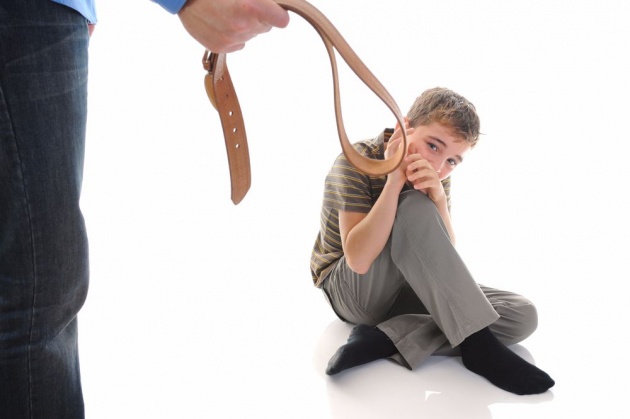 Different elements that may contribute to child abuse include mother and father’s both immaturity, lack of parenting abilities, poor childhood experiences and social isolation, in addition to frequent disaster conditions, drug or alcohol issues and home violence.

Rate of physical abuse is very high in Australia as compare to other countries and according to the report of the Global Initiative to End All Corporal Punishment of Children Australia has failed to prohibit violence against children, commit to legislative reform in this matter as well.

Child neglect is commonly the failure of a guardian or other particular person with duty for the kid to provide basic needs such as food, clothes, shelter, security and nicely being are threatened with harm. Neglect can also be a scarcity of attention from the folks surrounding a kid, and the non-provision of the related and sufficient requirements for the kid's survival, which might be a missing in attention, love, and nurture. A number of the observable signs in a neglected kid include the child is often absent from school, steals or begs for food and cash, lacks wanted medical and dental care, sufficient clothes for according to the weather and remain consistently dirty.

Family violence is also called domestic violence, often refers back to the physical assault of kids and ladies by male family members, normally a father and husband. In these conditions, a person uses violence to control his partner and kids. Usually in the belief, that violence is a male prerogative (I am a man, I am unable to manage myself). While ladies may additionally be perpetrators of family violence. Due to this they're often "fighting back" towards a physically abusive partner, and it's uncommon for violent ladies to inflict the same scale of hurt as violent males.

According to the researchers child abuse leads to the anxiety, disorders, likelihood of depression, addictions, personality and eating disorders and suicidal behavior. On the other hand it is also noticed survivors of child abuse found tended to be depressed, have problems with family functioning and low self-esteem as well. According to the recent report that almost seventy six percent of adults reporting child physical abuse and neglect. So then in future these adults with abuse histories also faces with physical problems more frequently than those who have not experienced. 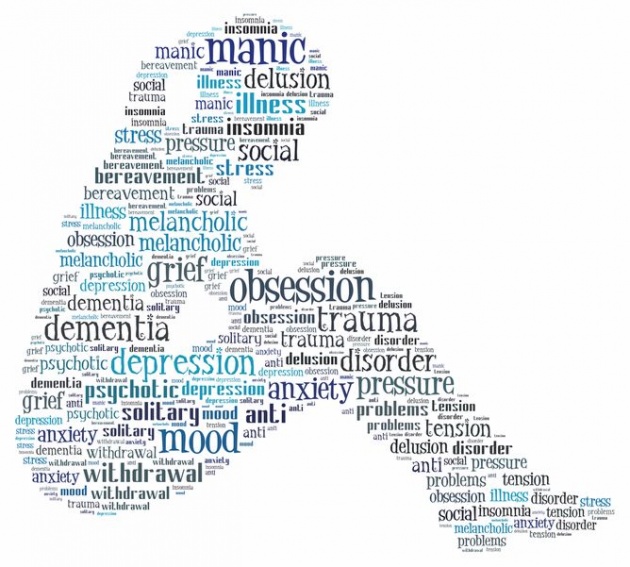 The impact of kid abuse can never finish at the same time when the abuse stop. In result it remain for long-time period and interfere in the child's day to day functioning. In this way personality of abused child will destroy totally....

As child abuse has become world wide issue as well. Regarding this link is given below from where you get information related to this problem

Prevention and Awareness Regarding Child Abuse:

In Apirl 1983 America has been designated child abuse prevention month.

In 1989 the Blue Ribbon campaign started by a woman, she tied that ribbon to pay tribute to her grandson. Her grandson died at the hands of his mother's abusive husband. In 1997 Kids Center brought the campaign to Central Oregon for raising awareness of the epidemic of child abuse in community. Blue Ribbon Campaign also teach that how to better protect and care children in our society from child abuse and also focus on educating individuals and groups. 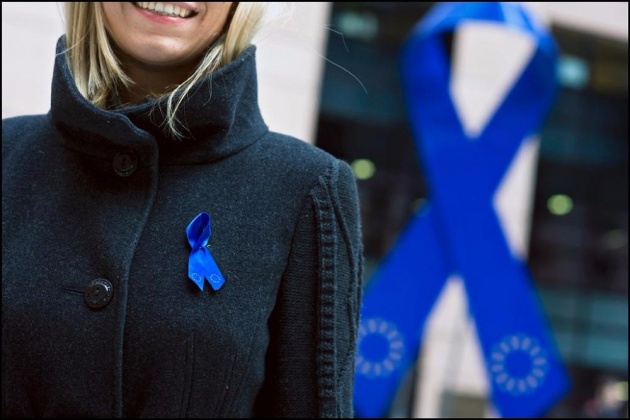 For this purpose a structure of support group is needed to strengthen parenting skills and closely monitor the child's health. Social worker visits are also necessary to observe the progress of the kid and her/his care taking situation.

In schools it is also necessary to provide child abuse awareness programs among children like "bad touch & good touch" in which learn them how to play role to avoid potentially harmful scenarios.

Media can play important role to solving the problem of child abuse in the minds of political agenda & the public. The challenge for those involved in protection & child welfare is to make greater efforts to understand media influences and to use the media constructively. Media should on aired some awareness programs regarding to this problem. 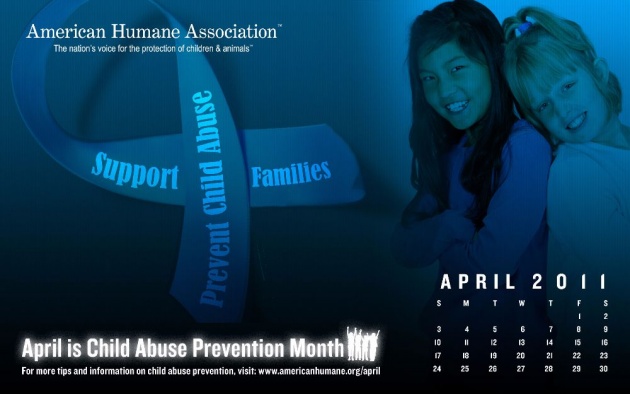 Thanks for sparing time in reading My 10th attempt for my virtual home "Bit Landers".... Stay Connected for more articles.. :)