Divide their province, not mine'

country needs to be divided into smaller units and power devolved to lower levels.

Oh, the horror at the thought of a division of the country!

No. It’s nothing as horrible as the politicians would have us think. Emotions soar high and patriotism hits fever pitch every time this issue is raised.

But the noise is irrelevant, really.

It's not like Pakistan or its provinces are sacred lands (though some would like us to believe that) which can't be divided without violating their divinity, or that smaller units would suddenly cease to be part of Pakistan or even that Pakistan would all at once be 'balkanised'; transforming into Yugoslavia (as the folks responsible for national security seem to contend).

Division and devolution is needed. It is needed to nourish democracy, empower the people, and unite the country — yes, that as well.

Aside from the gullible, the people who oppose this division are the same who oppose devolution, and the reason is the same as well: lust for power.

A couple of months ago, Bilawal Bhutto Zardari was all for the division of Punjab (as always), but the resolution against division of Sindh came pretty quick a few days ago.

PML-N was all too willing to carve out a Hazara province, but looked the other way on the division of Punjab.

ANP, when it was still in the bigger picture, was one of the most vocal supporters of division of Punjab and Balochistan until MQM burst the bubble by proposing the division of KP to form a Hazara province.

In other words, everyone is ready to divide, but only if it happens in a way which would help them consolidate power instead of losing it; that or there won't be any more provinces.

And while we are on the topic let’s not forget that neither PML-N nor PPP or PTI has held local body elections of the respective provinces these parties are ruling, in collusion with certain groups of the civil bureaucracy; all of whom stand to lose (some) power in case of such elections.

Balochistan has almost the same area as Japan and Germany and is much larger than Italy and the United Kingdom.

Punjab has a greater population than that of some 180 UN member states. Karachi's population is approximately half of Sindh's population.

It is an irrefutable contention then that the whole country needs smaller administrative units and people need power transferred to them.

The sad truth, however, is that the voice for such devolution and division is raised only to serve as a tactic for political pressure; once power-sharing problems between parties are resolved, everyone forgets. This needs to change, as does the practice of demanding divisions on the basis of ethnicity and language.

The country must be divided into a large number of administrative units, but not based on ethnic differences — though the exercise should be mindful of them. And provincial subjects, which these units can handle, must be duly transferred to them.

Explore: Power politics: 3 serious governance issues nobody is talking about

New provinces need not be created, these administrative units can stay within their respective provinces only, with powers, functions and funds transferred to successor units.

This will not only bring decision-making down to the grassroots level, but also increase the number of people involved in the overall political process.

It will help and address the grievances of people from different regions (which is exactly what those demanding divisions on ethnic and linguistic lines actually want).

The exercise will also help improve better distribution of resources and spur the development of smaller cities, which have often been sacrificed at the altar of provincial capitals.

None of this will divide the country but rather unify it by ending the exploitation of one region at the hands of another.

Ironic as it is, when I wrote the above lines I remembered some of the demands of Muslims during their struggle for provincial autonomy under the colonial rule. It took the imperialists and their successors three quarters of a century to understand its value, and that as well only after dividing the subcontinent into three states...all for the sake of power which they would not let go.

I wonder how long the struggle for local autonomy would take and how much more Pakistan would have to pay as the cost? 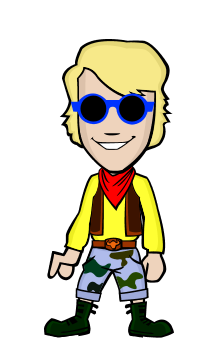 I have planed for earning from here,, so friends plz help me ,, and buzz me and sub me i will back you your buzz and sub ....!!!

Right now, I am back here in Davao to go back to work. I actually have a lot of things that I miss a…

Recap : In my previous blogFOUNDATION OF MUSLIM LEAGUE (part 1). I told U about the Subcontinent's I…

NEELAAM GHAR BY TARIQ AZIZ - MY FAVOURITE SHOW ON TV