Yesterday I went to the Electric Zoo which is this humungous Electronic Dance Music Festival located on Randall Island in New York. I'm not an EDM fan and this was an adventurous endeavor for me so I was planning on documenting a lot of it and sharing the new experiences with you guys. 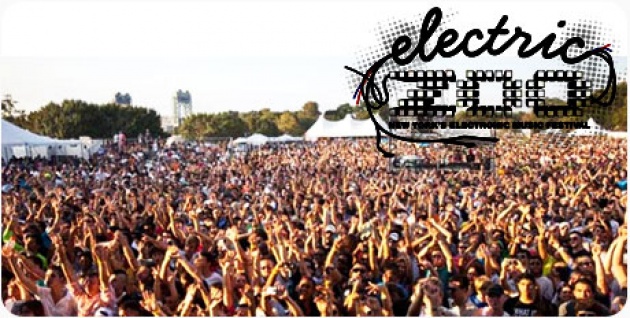 Maybe one day I can do that and feel good about it, but not today. This morning I woke up still laying in bed saddened by a text message from a friend who went with me. He read in the news two people passed away yesterday at the Electric Zoo. The cause of death has not been fully established, however, it was found they had drugs in their system. Specifically a drug called Molly which I think is either the purest form of 'X' or a combination/hybrid of X and cocaine. I honestly don't know. I'm not that cool.

What I do know is I saw kids willingly asking for the drug. I was asked three times. Facial hair maybe? I have no idea. People thought I was a dealer. I should point out I was wearing a superhero shirt.

People had hats that said "Wanted: Molly." Others had shirts that exclaimed "I lost my friend Molly, have you seen her?" I was kind of taken back. I'm not hardcore anti-drugs, but this wasn't a Woodstock type of event. This was a bunch of really young kids looking to score in any means without any regard. And now two of them are dead.

I'm in a band. We're recoding right now. I've been to hundreds of concerts big and small. I've been to a handful of festivals. I get around. I have never been to a festival where someone has died. Two people died yesterday.

They are dead. They went to a music festival and never came back. They went to enjoy music with their friends, did some stupid drug, and now they're gone forever. Let that sink in.

Electric Zoo has cancelled the last day of the festival and has upset the masses. I don't know if they offer refunds and personally I don't care (I only went for Saturday) since they have bigger concerns to address such as how are they going to react to this?

And is anyone going to learn anything?