Elections in the United States

The United States is a federal republic, with elected officials at the federal (national), state and local levels. On a national level, the head of state, the President, is elected indirectly by the people, through an Electoral College. Today, the electors virtually always vote with the popular vote of their state. All members of the federal legislature, the Congress, are directly elected. There are many elected offices at state level, each state having at least an elective Governor and legislature. There are also elected offices at the local level, in counties and cities. According to a study by political scientist Jennifer Lawless, there were 519,682 elected officials in the United States as of 2012.

State law regulates most aspects of the election, including primaries, the eligibility of voters (beyond the basic constitutional definition), the running of each state's electoral college, and the running of state and local elections. The United States Constitution defines (to a basic extent) how federal elections are held, in Article One and Article Two and various amendments. The restriction and extension of voting rights to different groups has been a contested process throughout the United States' history. The federal government has also been involved in attempts to increase voter turnout, by measures such as the National Voter Registration Act of 1993.

The financing of elections has always been controversial, because private sources make up substantial amounts of campaign contributions, especially in federal elections. Voluntary public funding for candidates willing to accept spending limits was introduced in 1974 for presidential primaries and elections. The Federal Elections Commission, created in 1975 by an amendment to the Federal Election Campaign Act has the responsibility to disclose campaign finance information, to enforce the provisions of the law such as the limits and prohibitions on contributions, and to oversee the public funding of U.S. Presidential elections.

The President and the Vice President are elected together in a Presidential election. It is an indirect election, with the winner being determined by votes cast by electors of the Electoral College. In modern times, voters in each state select a slate of electors from a list of several slates designated by different parties or candidates, and the electors typically promise in advance to vote for the candidates of their party (whose names of the presidential candidates usually appear on the ballot rather than those of the individual electors). The winner of the election is the candidate with at least 270 Electoral College votes. It is possible for a candidate to win the electoral vote, and lose the (nationwide) popular vote (receive fewer votes nationwide than the second ranked candidate). Until the Twelfth Amendment to the United States Constitution of 1804, the runner-up in a Presidential election became the Vice President.

Electoral College votes are cast by individual states by a group of electors, each elector casts one electoral college vote. Until the Twenty-third Amendment to the United States Constitutionof 1961 the District of Columbia citizens did not have representation and/or electors in the electoral college. In modern times, with electors usually committed to vote for a party candidate in advance, electors that vote against the popular vote in their state are called faithless electors, and occurrences are rare. State law regulates how states cast their electoral college votes. In all states except Maine and Nebraska, the candidate that wins the most votes in the state receives all its electoral college votes (a "winner takes all" system). From 1969 in Maine, and from 1991 in Nebraska, two electoral votes are awarded based on the winner of the statewide election, and the rest (two in Maine, three in Nebraska) go to the highest vote-winner in each of the state's congressional districts. 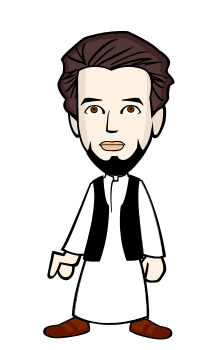