Hello Everyone! Welcome to another blog about another Korean Girl Group named "EXID". Continue scrolling to know some information about this group :D 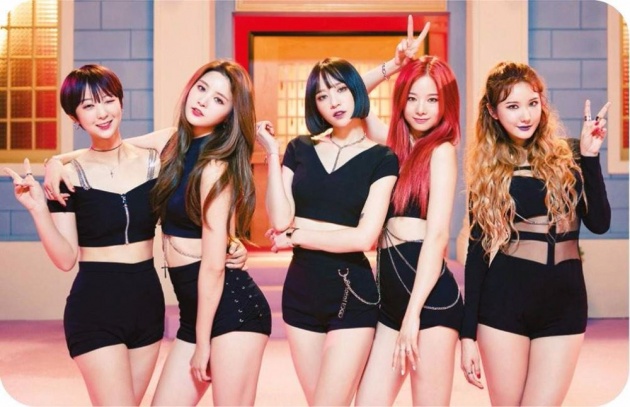 EXID is a five member group. The members are Heo Sol Ji, Ahn Hyo Jin or LE, Ahn Hee Yeon or Hani, Seo Hye rin and Park Jung hwa. They debuted on February 16, 2012 under AB Entertainment. The name of their fandom is "Leggo". EXID was originally a Eight member group but unfortunately the 3 members left the group.

When EXID released there 3rd mini Album named "Eclipse" with the title track "Night Rather Than Day", Solji wasn't able to join that comeback due to her health issues.

I've known EXID because of Hani. Hani had a collaboration with someone i really idolize and she is MAMAMOO's Solar. They had a collaboration with F(X)'s Luna. The three of then Sung "Honey Bee" and the song is really good. I've also watched the episode of EXID guesting in "I See Your Voice Season 4" and they were really funny there. So now let us meet all the members of the girl group EXID. Keep Scrolling!!

Check out one of my Favorite Collaborations! 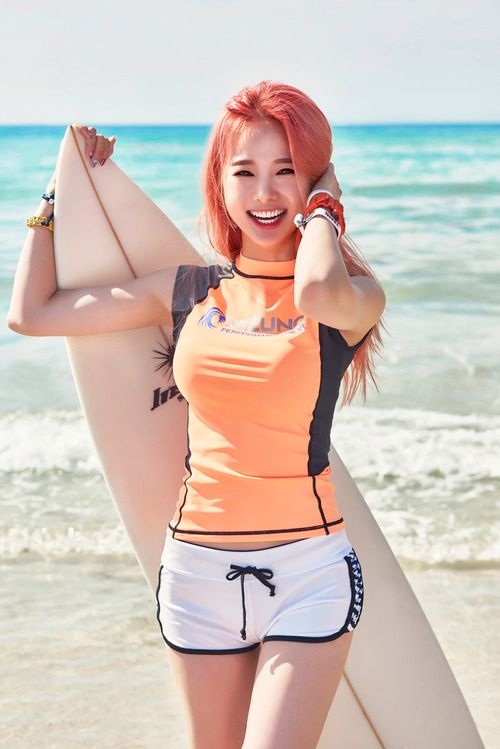 Heo Sol Ji is the main vocalist and the leader of the group. She was born on January 10, 1989 in Gwanak-gu, Seoul, South Korea. She was a former member of the group 2BN that was originally a five member group. She released a single on 2008. Sol Ji was EXID's Vocal trainer before she joining the group. Way back 2015, she won the "King of Masked Singer". She is a part of EXID's sub group named "Dasoni" with co member Hani. She is now having a problem because of her health issues but now she is recovering from her Hyperthyroidism.

When the thyroid gland is overactive (hyperthyroidism) the body's processes speed up and you may experience nervousness, anxiety, rapid heartbeat, hand tremor, excessive sweating, weight loss, and sleep problems, among other symptoms. 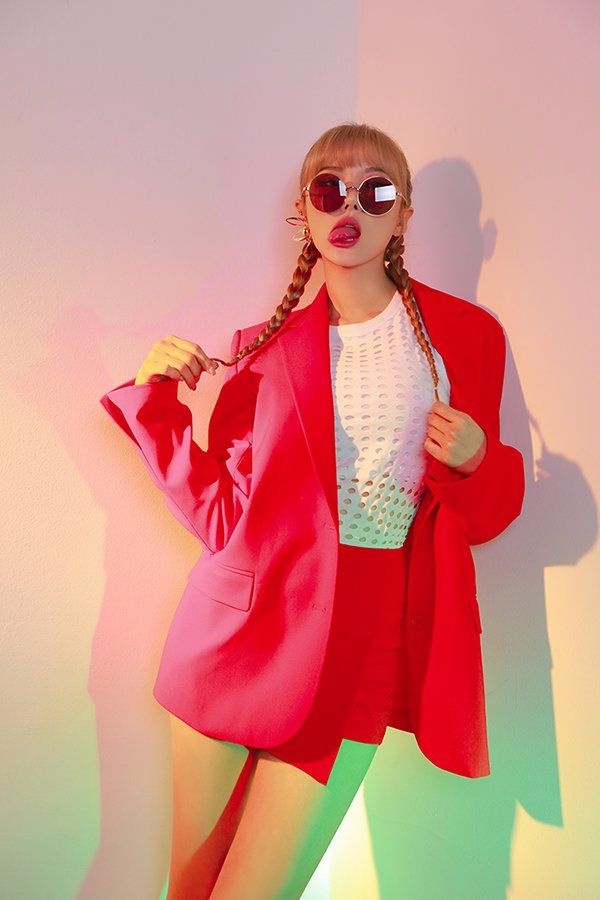 Ahn Hyo Jin famously known by her stage name "LE". She is the main rapper of the group. She was born on December 10, 1991 in Cheonan, Chungcheong, South Korea. She is very close with Secret's Zinger. She was a part of an underground group named "Jiggy Fella" under the name "Elly". She collaborated with Bigstar's FeelDog and BEAST's Jung hyung for "You Got Some Nerve". LE was a trainee in Cube Entertainment. She composed 51 songs as of year 2017. She participated in "Show me the money 2". 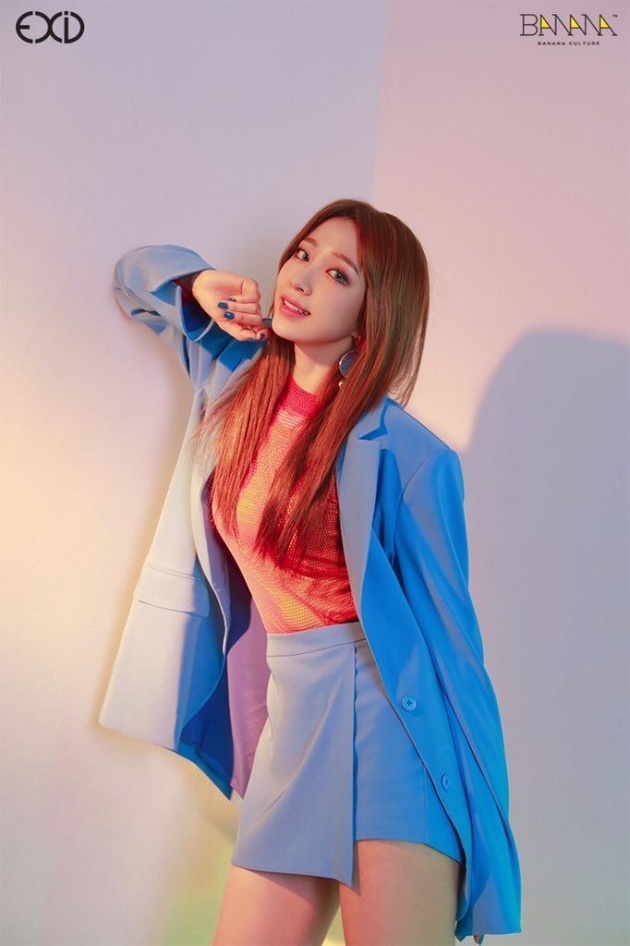 Ahn Hee Yeon famously known by her stage name "Hani". She is the Lead vocalist, Lead dancer and the face of the group. She was born on May 1, 1992 in Seoul, South Korea. She was a trainee in JYP Entertainment before. She is a very smart girl with an IQ of 145. She studied in China before and she can speak Korean, English and Chinese. On December year 2015, It was announced that Hani and Xiah Junsu is in a relationship but later in September 2016 it was announced that they officially broke up.

She participated in the shows "Off to School", "Match Made in Heaven Returns", "Crime Scene 2", "A Style for You" and "King of Mask Singer". In April year 2016, Hani and Super Junior's Hee Chul was appointed as the new MC's for Weekly Idol. 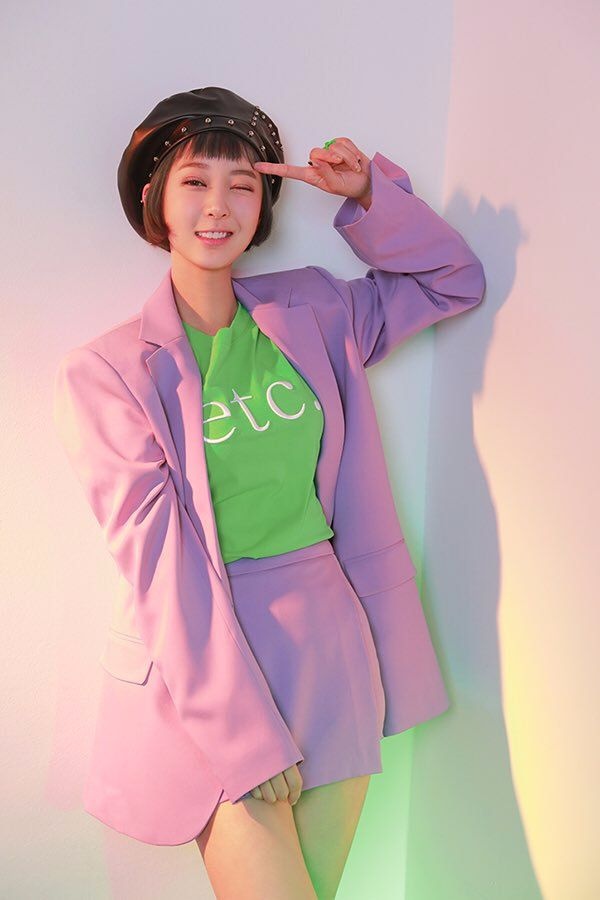 Seo Hye Rin is the lead vocalist of the group. She was born on August 23, 1993 in Gwangju, South Korea. She is an only child in the family. She graduated from Dongduk Women's University. Hye Rin participated in the show "Superstar K3". and in the "King of Mask Singer". She was a former trainee in Cube Entertainment. Hye Rin has a tattoo saying "Mind over Matter". 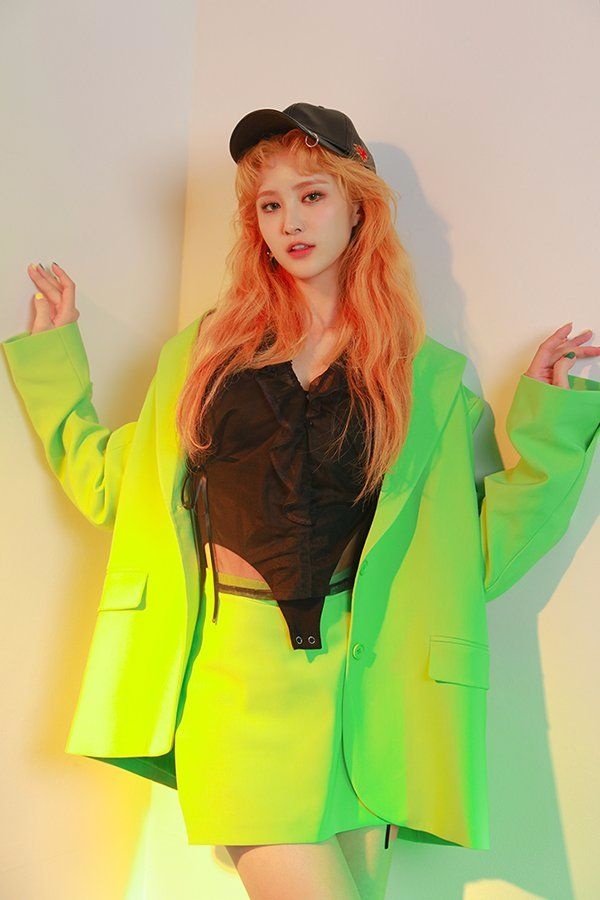 Park Jung Hwa is the Main Dancer, Vocalist, Rapper and Visual. She was born on May 8, 1995 which makes her the youngest in the group or the "Maknae". She was born on Anyang, Gyeonggi, South Korea. She was a trainee in JYP Entertainment before. Her dream is to become an actress since she was a child.

She appeared in the Wonder Girls Music Video of "Tell Me". She also appeared in several episodes of the show "Match Made in Heaven Returns". Park Jung Hwa acted in the drama "Uprising of Wife" when she was young. She made her acting debut as a Child Actress in the drama "Wives on Strike" way back 2004. 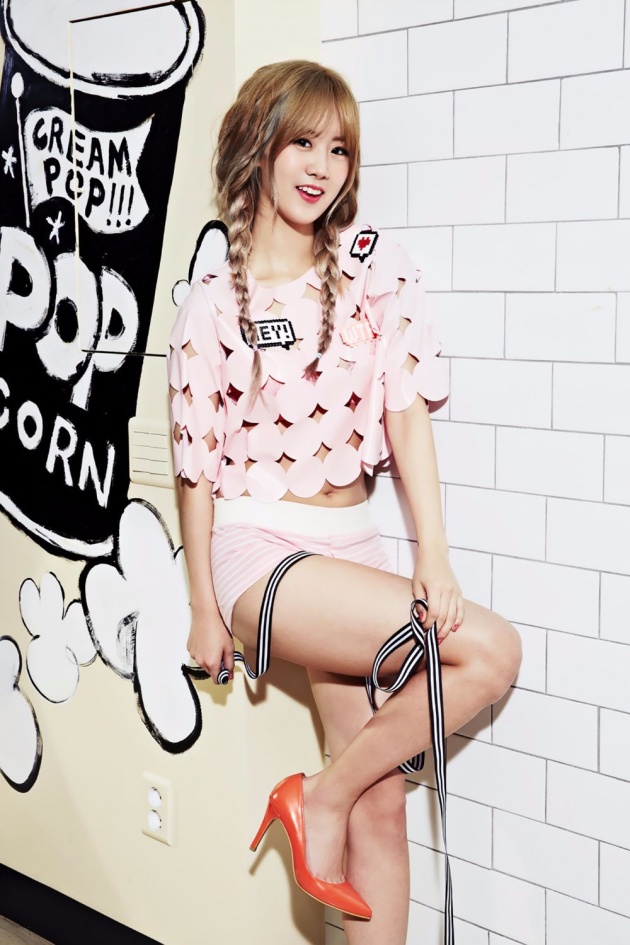 Kang Hye Yeon was a vocalist in the group. She is also known as "Dami". She was born on December 8, 1990. She is currently a member of girl group BESTie under YNB Entertainment with Na Hae Ryung. 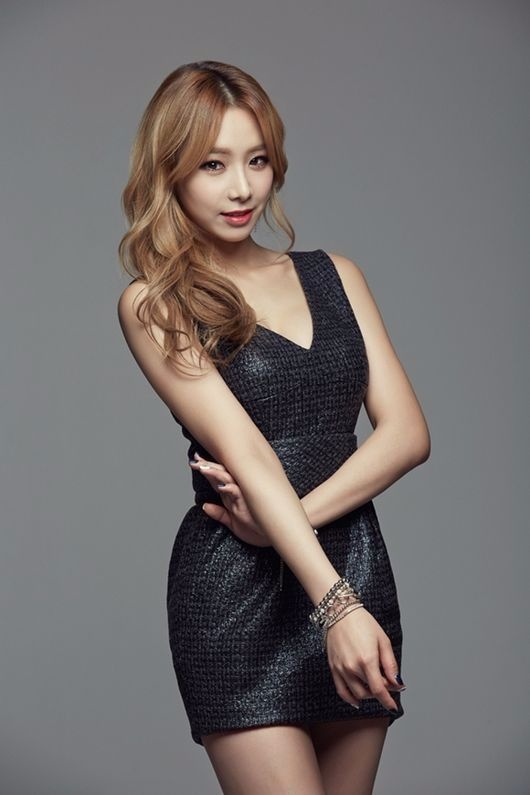 Jeong Yu Ji was the Leader and a Vocalist in the group. She was born on January 2, 1991. She was also a member of the girl group BEStie but she also left the group. 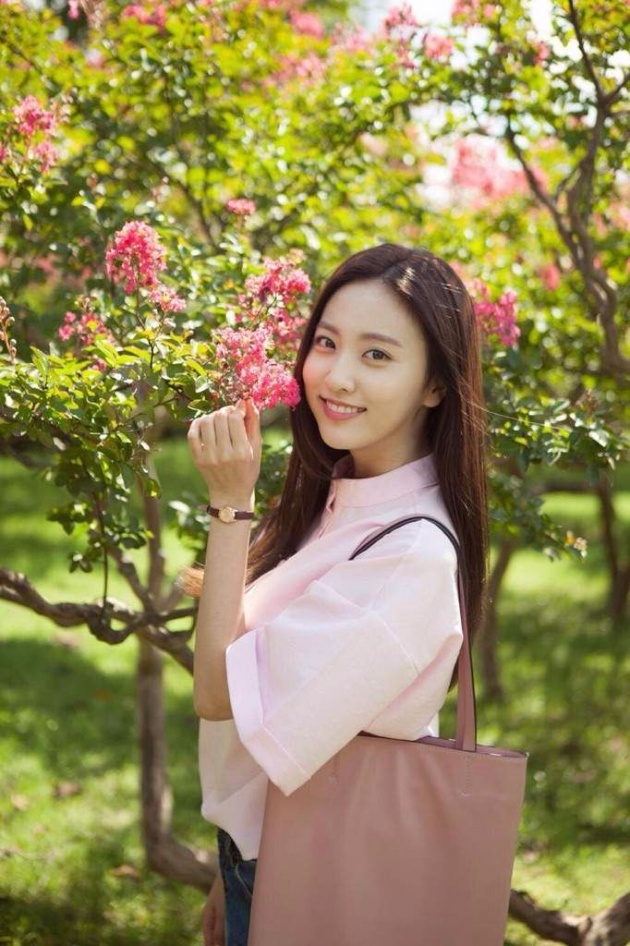 Na Hae Ryung was a vocalist in the group. She was born on November 11, 1994. She is currently a member of girl group BESTie with Kang Hye Yeon. She is a very good actress, I have seen some of her dramas and she is really good. The dramas she participated in are "Hi! School - Love On", "My Lovely Girl", "The Universe's Star", "9 Seconds - Eternal Time" and many more. 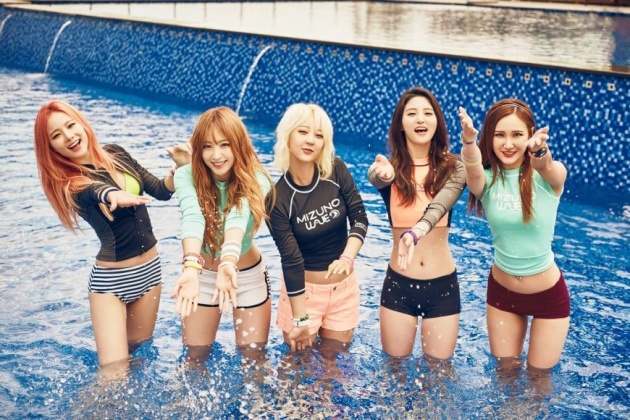 Check out EXID's recent Music Video which is "Up & Down".

Before ending my blog, check out our Querlo Chat Box for today!!

Who is your Favorite Singer?

So this is where my "EXID: Another Korean Girl Group" ends! Hope you enjoyed some of the information I shared above! Thank you for reading and Stay tuned for more Korean Related Blogs :)