Hello readers, lets blow your mind with some amazing history! A blog where you will learn about some great man. After a few days rest I got a idea to write about explorers of our beutiful planet and then I took decision to write a blog about that. I selected five most famous explorers and and gather some important information about each explorer and then i gather a short biography. I Hope it will shine your mind :). 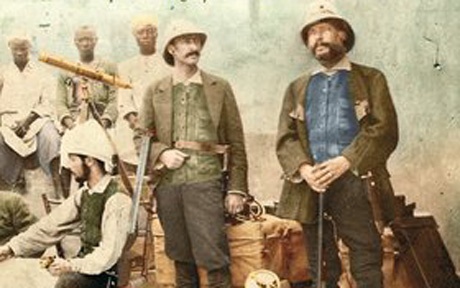 (image source : bit.ly/2P1O3Ht)
By the mid—19th century, most of the world had been explored and good maps were available for many parts of it. The main areas which were still unknown were the Amazon rain forest (which is still mainly unexplored), the Central African tropical jungle, the central desert of Australia and the polar regions.
The Amazon today, of course, has been photographed by planes and satellites, so that there will be no surprises when it is opened up. The African forests have now been reasonably explored; the great central desert of Australia has been crossed by a series of explorers, each going a little further; the Arctic. and Antarctic regions have been explored in the 20th century.
The great discoveries in the 19th and 20th centuries have not only been on the actual surface of the Earth itself,but in science, medicine, enginering, and space. In this blog I will discuss the biography of a great explorers of 19th and 20th centuries.

(image source : bit.ly/2r1tXDV)
David was a Scottish medical missionary and explorer of Central Africa. From the age of 10 to 24, he worked in a cotton factory and then went on to train as a doctor as he wanted to become a missionary. In 1841 he was sent to Southern Africa with his wife and children, where he traveled, visiting areas where no white man ‘had ever been and discovered a number of lakes and rivers, and above all the great Victoria Falls. When he returned to London in 1856, his findings about Africa made all of the maps of the time obsolete, and they had to be redrawn. In 1857 he resigned from his missionary work and began to work for the British government, exploring East and Central Africa. But Livingstone’s great dream was to discover the source of the River Nile, and to explore the land between this and the source of the River Congo.

(image source : bit.ly/2QiI2Lp)
During this period Livingstone was out of touch with his own country for a long time. An American expedition under Morton Stanley set out to find him and, in 1871, came across Livingstone deep in the jungle. The two continued to undertake explorations together for a while, and then Livingstone left in another attempt to find the source of the Nile. He was found dead in what is now Zambia in 1873. His followers cut out his heart and buried it beneath a tree there, then took his body to the coast. From here it was taken to London and buried in Westminster Abbey.

(image source: bit.ly/2KwpSR9)
Edwin was an American Arctic explorer who claimed to have been the first person to reach the North Pole. Trained as a civil engineer, he helped in the planning of the Panama Canal, and then devoted the rest of his life to exploring the Arctic, making seven long journeys there. He explored Greenland thoroughly, and proved that it was an island. He made seven journeys to the Arctic, and in 1909 claimed that he had reached the North Pole itself. Other explorers dispute this because he had sent back to base his companion, who was the only person there capable of using the instruments to decide the exact position. Whether he did or not is not very important, because he set down the principles of Arctic exploration which have been followed ever since.
Arctic explorer and naval commander Robert Edwin Peary stands beside.

Roald Amundsen was a Norwegian explorer who, among his other polar voyages, was the first man to reach the South Pole, and to sail the fabled Northwest Passage from the Atlantic to the Pacific oceans round the north of Canada.
He joined a sealing ship to the Antarctic in 1897, but it was frozen in the ice for 13 months, and the crew were the first people to overwinter in that region.
in 1903 he bought a small ship and with a crew of seven searched for the magnetic north pole. He then sailed on round the north of Canada, where he found the bodies of Sir John Franklin’s northwest passage expedition, which had disappeared fifty years earlier. Eventually, they reached Alaska, and achieved the journey that men had sought for centuries. '

(image source: http://bit.ly/2AGXk2H)
In 1918 he led an expedition to reach the South Pole, which he did in 99 days, with his men pulling sledges all the way. He set up a flag and markers for the Englishman, Robert Scott, who was also racing to the Pole. Scott, bitterly disappointed, set off back to his base, but he and all his men died of hunger and cold before they reached it.
In 1926 Amundsen using an Italian airship flew across the North Pole-the first person to do so and then continued to Alaska, becoming the first person to fly from Europe to America. The Italian airship made another journey towards the North Pole in 1928, but crashed. The Norwegian set out from Oslo with four companions to search for the airship’s crew, who were eventually rescued. Amundsen’s plane, however, vanished during the attempt and the remains and bodies were not discovered for some months.

Sir Edmund Hillary was a New Zealander who became famous, along with his Nepalese Sherpa guide Tenzing Norgay (1914—86), for being the first to reach the highest point on Earth: the peak of Mt Everest in the Himalayas. This was on 29 May 1953. Hillary was awarded a knighthood for his feat. In 1958 he led an expedition to the South Pole and in 1985 he accompanied the astronaut Neil Armstrong on a flight that landed at the North Pole. In 1977 he led an expedition from the mouth of River Ganges to its source in the Himalayas. Sir Edmund Hillary was also committed to the welfare of the Sherpas, through the Himalayan Trust set up by him, and for ecological conservation of the Himalayas.

(image source: http://bit.ly/2U4DQ0N)
The 50th anniversary of Hillary and Tenzing’s achievement was celebrated in 2003. Their sons, Peter Hillary and Jamling Norgay, climbed the Everest to commemorate the event. Edmund Hillary died in New Zealand in January 2008.

(image source: http://bit.ly/2SjcUIQ)
Valentina was the first woman to fly in space. Born in Russia, she worked in a cotton factory, but her hobby was parachuting. She applied for training to be an astronaut in 1961. Two years later she was sent up alone in the sixth manned Soviet rocket. She made 48 orbits of the earth, lasting over 71 hours. The same year she married another Russian astronaut and the birth of their first child in 1964 was a matter of great interest among scientists. They wanted to know if exposure to weightlessness and the other problems of space travel would affect any children born to such parents. Apparently, they did not.
Tereshkova was awarded many honours, and became deeply involved in communist politics, particularly for women's causes. She continues to be a hero for the Russians. ’ 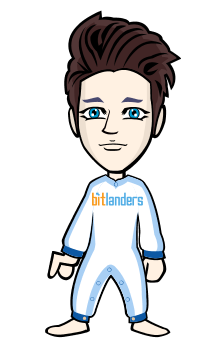 Ships that Rule the Sea- Innovation

In my previous article 'First Ships that Rule the Sea,' we were informed about the very beginning of…

From Hobby To Business

From Hobby To Business - Photo credit:twitter.com, Edition by Amber255 via Bitlanders.com Websites f…

video credits: Be Inspiredvia Youtube ...I'm Inspired to make a difference even as a Nigerian.Anythi…