This week I shall be talking about what I consider to be the best horror film ever made - The Shining. 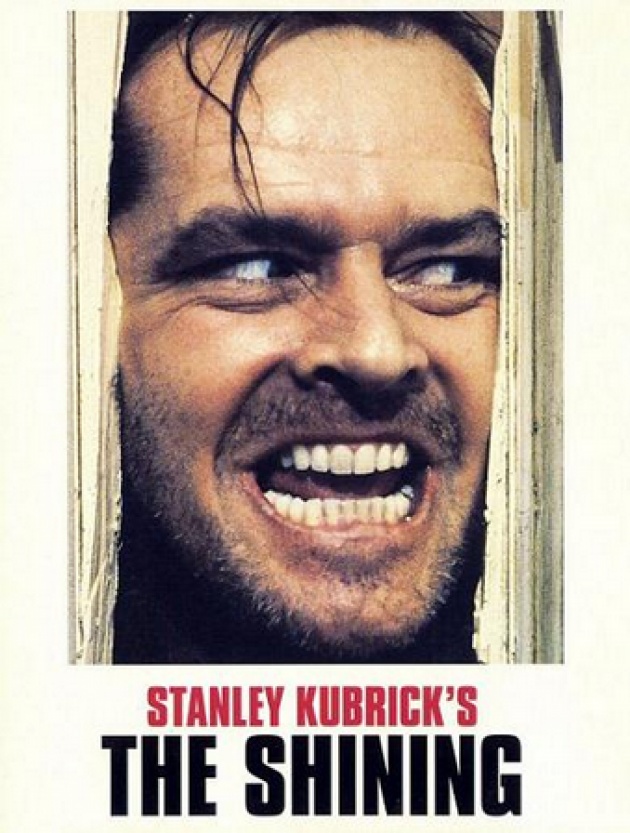 The Shining is a psychological horror about a writer, Jack Torrance (played by Jack Nicholson) who takes a job as a winter caretaker of a large and remote hotel. He stays there with his wife and son but slowly begins to go mad in the isolation. For a full synopsis, follow this link - http://www.filmannex.com/movie/the-shining-film/13960 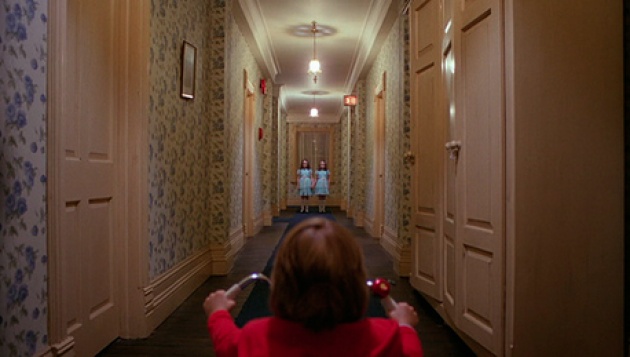 One of the most notable positives about this film is in its cinematography. The Shining was amongst the first few films to use a Steadicam, a device that allows for very smooth ‘handheld” shots. The Steadicam allowed the camera to follow the characters in a very fluid and cinematic motion which really gives the audience the impression that they are there with the character. This can be noticed in the scene where the camera follows Danny (the son) as he rides his tricycle all around the hotel. The camera turns round a corner at the same time as the character and reveals two ghostly girls standing in the middle of the corridor. This is a fantastic technique to involve the audience as we react to situations in the same way and at the same time as the character. 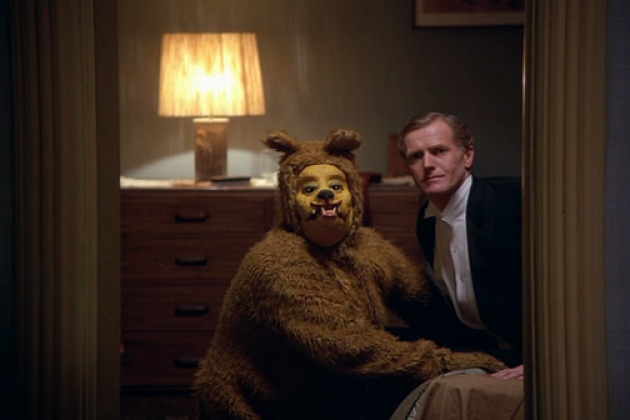 What I also love about this film, is that it never lets you get comfortable, like a good horror should. The sound design throughout the film is incredibly unpredictable and unnerving, even during relatively calm scenes. Sharp, piercing notes in the soundtrack along with the echo’d sounds of the vast empty hotel combine to create a really uncomfortable atmosphere which keeps you scared without the need to make you jump. This is the key to a great horror. Making an audience jump isn’t what scares them, what scares them is the build up of tension, atmosphere and unease which is something The Shining does masterfully. 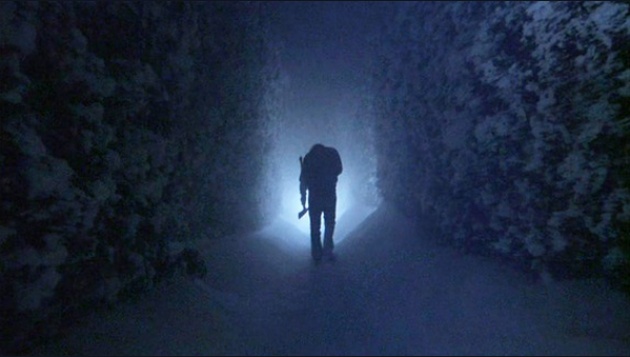 As a fan of all things strange and surreal, The Shining ticks those boxes for me as well. The characters encounter unpredictable and unusual ghostly visions in the hotel. An elevator overflowing with blood, a beautiful lady turning into a walking corpse and a man in a bear costume presumably doing something rude with another man in one of the rooms are all things so strange and unique that they keep you in tension throughout the film because you just can't be sure what you are going to see next.

As an extra, here is a funny re-cut of The Shining into a much more uplifting film trailer - http://www.youtube.com/watch?v=Os6raCCmAFk