Tetsuya Nomura directed this direct sequel of the game, Final Fantasy VII. Because of his skills and dedication, the creator of the Final Fantasy series gave him the mantle to lead the film. 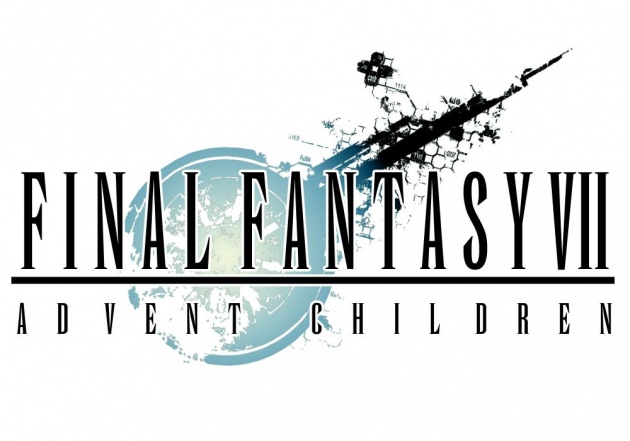 He had humble beginnings in the industry, but was a brilliant game developer and fine artist that he perfectly fitted the qualifications to direct the movie. He had big contributions to its game and character design, as well as its stories, not just in FFVII, but in other Final Fantasy games too. 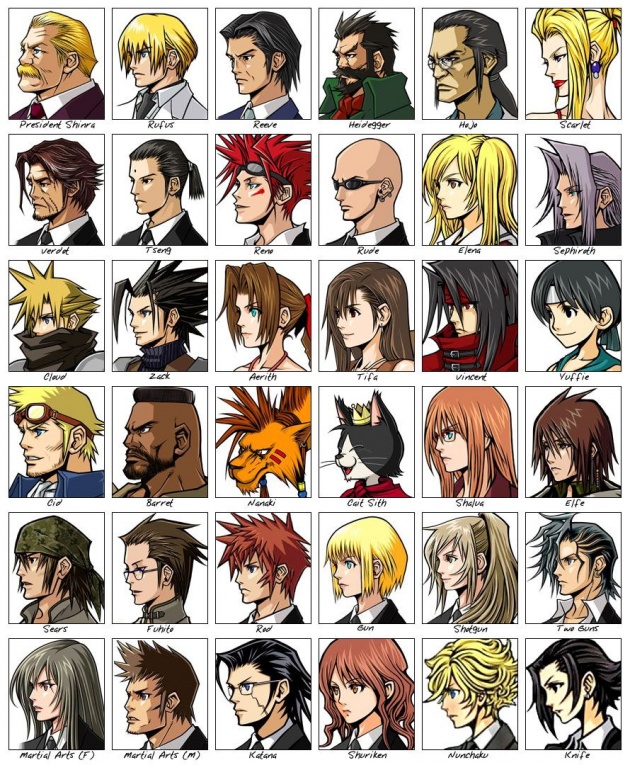 Tetsuya Nomura is a living example of an enthusiast who had the opportunity to turn it into a living. Because of his fascination for video games, he self-studied programming at a young age, which he highly utilize when he landed a job at Square Enix. But his chosen degree, which was media arts advertising, also didn't go to waste because the Final Fantasy company also sought his artistic talents to come up with character designs. His distinct art style had been synonymous to Square Enix's games since, along with his senior, Yoshitaka Amano.

Final Fantasy VII was the first game in the series to get released worldwide, by popular demand. It sold millions of copies and had the most prequels and spin-offs (to date) in the franchise. Game mechanics, interface, graphics and story integration were mashed up innovatively in this role-playing game that it garnered positive reviews and multiple awards in its era. 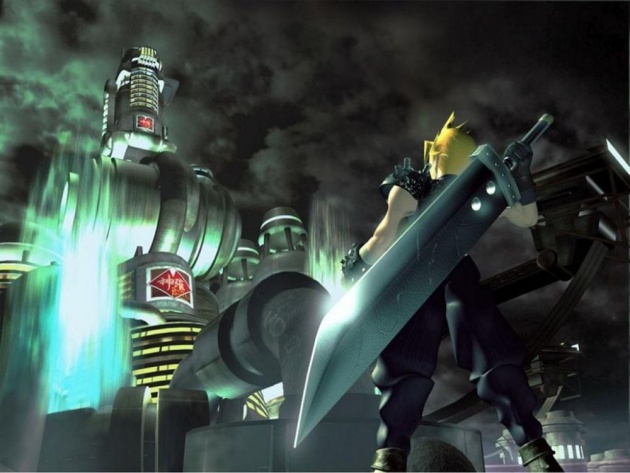 Final Fantasy VII's plot starts with the main hero, Cloud Strife, bombing a reactor of the Shin-Ra plantation. The company was harvesting the Planet's spiritual energy, called Lifestream, to convert it into useful energy (Mako energy) and augment it to their weapons and machineries. Many are against this practice--one faction is Cloud's--because it will suck up the Lifestream dry which will detroy the Planet. Because of this, Shin-Ra created SOLDIERs, genetically modified sword arms, to neutralize its detractors.

Its most powefrul SOLDIER, Sephiroth, defected from Shin-Ra years ago, when he knew he was only an experiment (his genes were infused with Jenova's cells). Shin-Ra unearthed Jenova and thought it was a Cetra, an ancient tribe who can speak to Lifestream, but was actually an alien lifeform who destroys planets. They planned to manipulate Lifestream with the aid of Cetras, but it was a disaster. Sephiroth was driven mad with this revelation and after intense research, planned to destroy the entire planet while making himself a god by absorbing all the energy he could obtain. 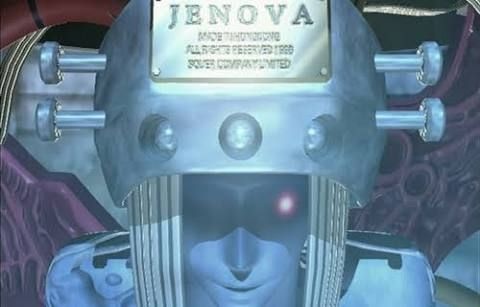 Cloud and Sephiroth crossed paths numerous times, the latter mentally tormenting the former as Cloud was also injected with Jenova's cells beforehand. Anyone with these alien cells were subject to mind bending, except for Sephiroth who won over Jenova's mind manipulation, and could control anyone with these alien cells. Sephiroth bends Cloud's will to give him the black materia, a mako energy that can summon Meteor, a move that can destroy the Planet.

Before all hope seemed lost, as Sephiroth successfully summoned Meteor, the last surviving Cetra, Aeris Gainsborough, performed a countermove to block Meteor: Holy. Sephiroth killed her but she was successful in summoning Holy. 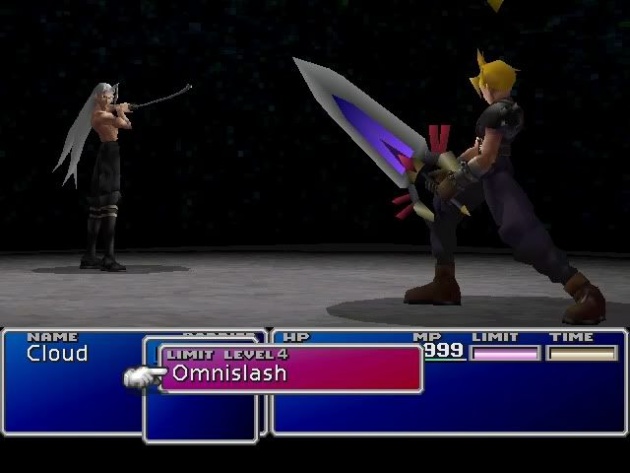 Cloud and his company tracked Sephiroth to destroy him and win they did. However, with Meteor striking very near, and Holy not being able to block it completely, the Lifestream emerges from the Planet and helped Holy destroy Meteor.

If you haven't played the game, you can download FFVII in your phone. Meanwhile, here's a Querlo survey chat about mobile games:

I think this sequel was made for the fans of FFVII, because you won't be able to completely understand the story and character decisions if you didn't know the story of the game (but I just summarized it for you). 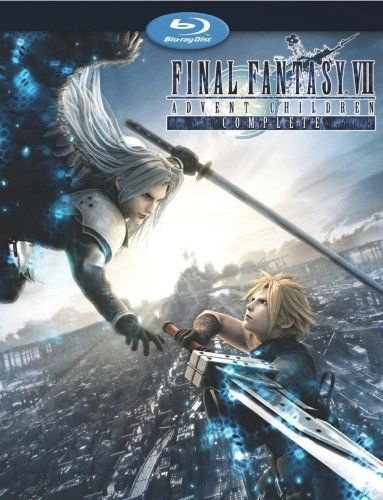 A couple of years after the Meteor almost crashed, compromised inhabitants of the Planet were inflicted with Geostigma, a weakening disease that also has skin disease symptoms, which Sephiroth's spirit created. The remnants of Sephiroth also manifested in three physical avatars namely: Kadaj (de facto leader), Loz and Yazoo. They were looking for the remains of Jenova so Sephiroth could come physically alive again, with more power. 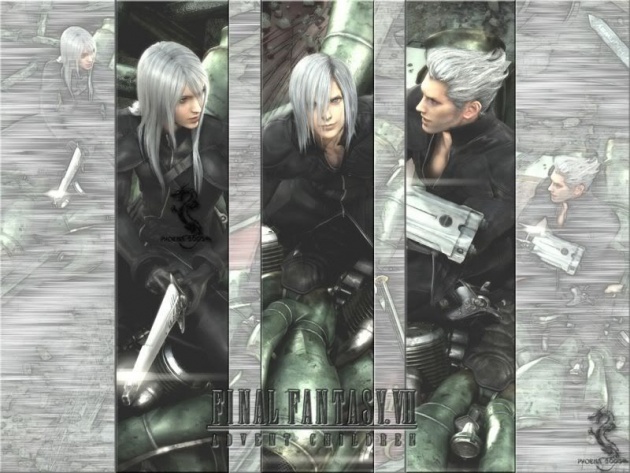 The three pester Shin-Ra's President, Rufus Shinra, to hand over Jenova's head. Rufus then requests for Cloud to destroy the three but he wasn't interested and was preoccupied with finding a cure for Geostigma, as he and one of his adopted, named Denzel, have the disease. 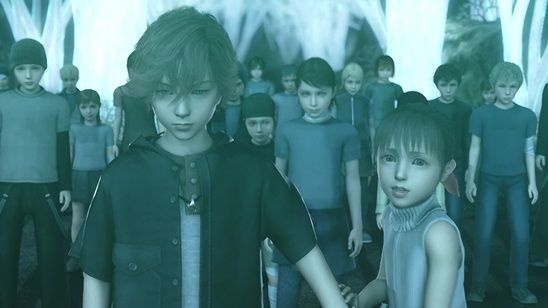 Kadaj, Loz and Yazoo recruit children to join their little army, with a persuasive promise that they can be cured of Geostigma. Denzel joined the bandwagon, but Marlene, another orphan adopted by Barret, Cloud's comrade, was reluctant. She was then kidnapped by Yazoo after Tifa failed to protect her.

Cloud comes to their rescue, but was becoming upended by the three in a fight. Vincent comes and saves Cloud and Marlene just in time, while Denzel follows Kadaj. 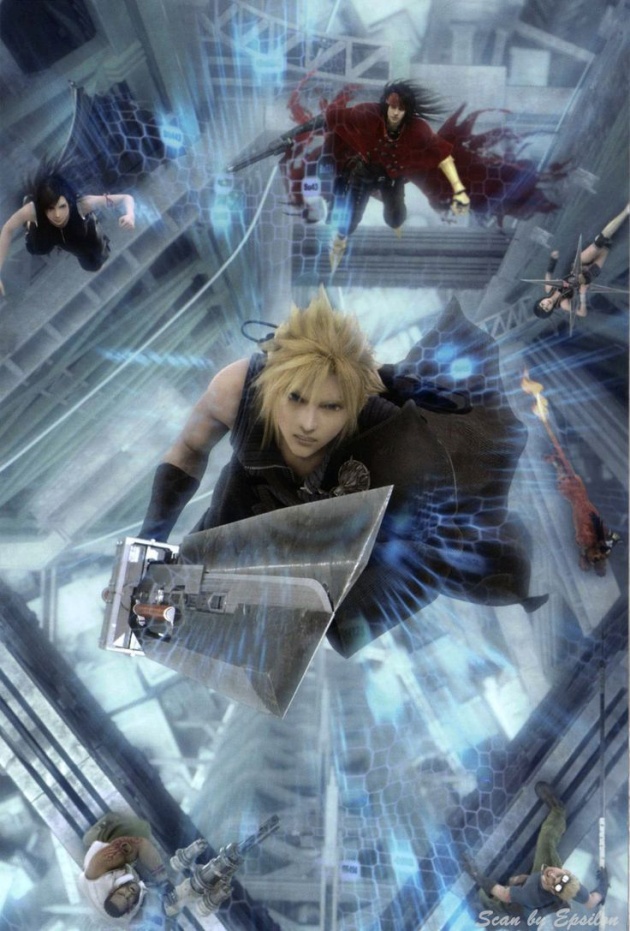 While Loz and Yazoo look for Jenova's head in the city, Kadaj once again meets with Rufus to force him to confess. Loz and Yazoo beckon shadow monsters to scare the people off in the city amassing around them. Tifa sees Denzel near the avatars and convinces him to go home. As Rufus remains mum, Kadaj releases a Summon (a colossal monster), Bahamut-SIN, in the city for Rufus to feel guilty and reveal Jenova's whereabouts; he didn't nudge and Cloud and his gang took care of the monster.

Kadaj threatens to summon another monster, but Rufus has had it and shows him a box with Jenova's head inside. He throws it down while shooting at it to be destroyed, but Kadaj successfully catches it. The three run away while Cloud chases after them.

After catching up and clashing with the three, Rude and Reno (Rufus' henchmen) isolate Yazoo and Loz from Kadaj. Cloud further pursues Kadaj and after a spectacular fight, Kadaj absorbs Jenova and turned into Sephiroth.

The two had an epic fight to the death, with Cloud winning after using his move, Omnislash. Sephiroth dissolves into the ether and Kadaj, detransforming, falls into Cloud's arms, dying, after he attempts to fight Cloud again. Cloud takes a breather but Loz shots him from behind.

In a dream, Aeris talks to Cloud saying that his time hasn't come. He wakes up and then drenches Denzel with the water from the chapel that can cure Geostigma. Other ill people followed suit. As he stares into the front door of the chapel, he sees a vision of Aeris and Zack, fellow deceased SOLDIER, exiting the premises while saying that everything will be alright.

FFVII:AC is an entertaining CGI movie, although its gaming roots is evident in the film so expect gravity-defying scenes, from Cloud and Sephiroth's hair, to wielding human-sized swords while jumping 50 feet up in the air. Its theme is akin to The Spirits Within (Gaia hypothesis), but here, the spiritual energy can be influenced by a group of people, the Cetra, like Aeris.

The story is a bit confusing, and some dialogues, even more. Rewatching it a few times (or just reading articles explaining such scenarios) is advisable. I think this is why they added scenes (FFVII:AC Complete) and released it at a later time to clarify perplexing stuff in the film. 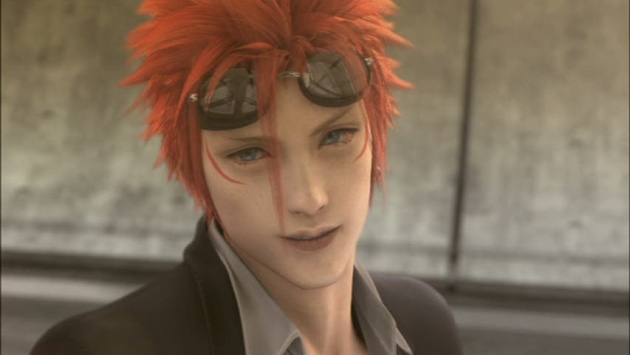 If you're enamored of bishounens, this one's feast for the eyes. They even made Reno very attractive, for which I became a fan. The graphics is really superb, as Square Enix is known for one--from hair movement to the texture and flow of their clothes. They did painstakingly draw strand by strand the hair animation to make it seem it moved naturally.

FFVII:AC follows the Japanese way of storytelling so it is also filled with profound worldviews, Japanese slapstick, and dragging scenes (eventhough it's a quasi-action movie).

Disclaimer: the Final Fantasy Series--characters and other elements including digital media, are property of Square-Enix. Write-up originally made by lapiz-lazuli. Views and opinions in this blog post are truthful but subjective and are not influenced by sponsorship of any sort.