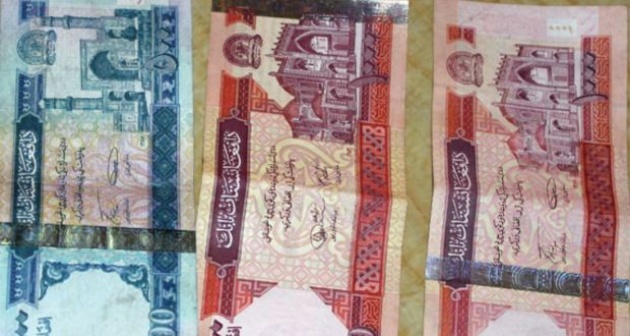 A number of residents and moneyexchangers have expressed their concerns about the rising circulation of counterfeit money in the market.

Many moneyexchangers have given up their business as a result of increase in the printing of forged 500 and 1000 banknotes.

Some residents claim that availability of counterfeit foreign currencies is also on the rise in the Sarai Shahzada market, Kabul’s main financial market.

These residents believe the fake money makes its way to the Afghan market from Pakistan and Iran.

“This is hurting our business. The main source of this fake money is Pakistan and Iran.”

“I used to be a moneyexchanger. I shut down my business after I was paid with fake money several times.”

The residents call on the Afghan government to prevent counterfeit money from entering the Afghan market.

Meanwhile, officials of the moneyexchangers union at the Sarai Shahzada confirm the presence of forged banknotes in various currencies including Afghanis, US dollars, Euros, Indian and Pakistani rupees.

Leader of the Union, Mohammad Hashim Ghaznavi, said the neighboring countries try to harm Afghan economy through this.

“There are, certainly, fake 500 and 1000 Afghani banknotes circulating the market. About 20 days ago, a man was trying to sell counterfeit 300,000 Indian rupees. We referred him to the police right away as soon as we discovered.”

“There are two kinds of forged money in the market. One is a photocopied version. The other one is printed using developed technology—one that can be found in one of the neighboring countries.”

Mr. Delawari urged Afghan security forces to assist in this regard.

The central bank’s officials cited increase in the usage of foreign currencies in Afghan markets as another main threat to the Afghan economy.

According to reports, many border provinces utilize foreign currencies like Iranian Rial and Pakistani rupees.

Officials of the central bank said their efforts stopping this have been in vain, as the public does not cooperate with them.