Franny Beecher of Bill Haley & His Comets dead at 92 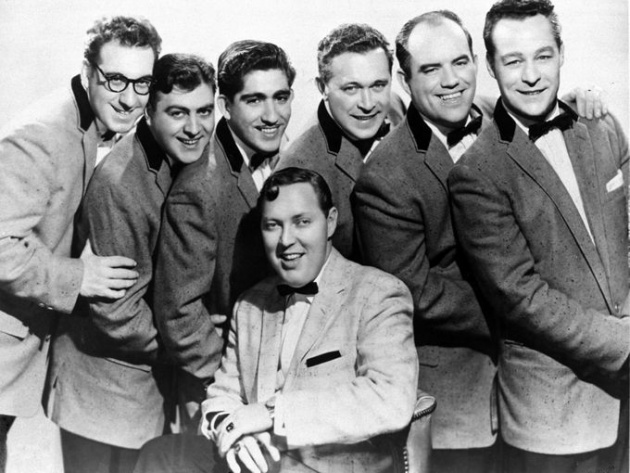 FRANNY BEECHER (right) | Feb. 24 (age 92) | His blazing lead guitar helped usher in the rock 'n' roll era on hits by Bill Haley and His Comets, such as 'Don't Knock the Rock' and 'See You Later, Alligator.'  AP

The influential guitarist for Bill Haley rejoined The Comets in 1987 and played until he retired at 85 in 2006. 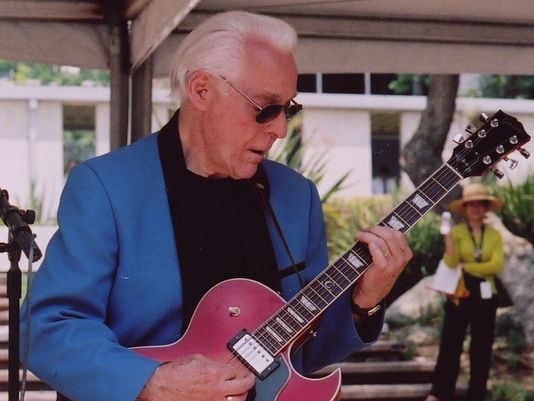 The rock pioneer died in his sleep Monday at a nursing home outside Philadelphia.

Haley and his band played a pivotal role in rock history, starting with one of the era's stage-setting hits, 1955's Rock Around the Clock. Formerly a jazz guitarist for Benny Goodman and Buddy Greco, Beecher joined Haley's group in late 1954, after that iconic tune was recorded with Philly session player Danny Cedrone. Beecher playedClock thereafter, on records, in concerts and in TV and movie appearances, including the band's August 1955 Ed Sullivan Show debut and 1956 films Rock Around the Clock and Don't Knock the Rock.

Haley's popularity faded in the 1960s and he died in 1981. The surviving Comets reunited in 1987, and Beecher played with the band until he retired at 85 in 2006. He and The Comets performed in July 2005 on the 50th anniversary of the day Rock Around the Clock became the first No. 1 Billboard hit of the rock era.

Producer Martin Lewis promoted a 50th anniversary concert at the Viper Room inLos Angeles, where Beecher, just weeks before his 85th birthday, performed to a full house. He still holds the title as the oldest musician to take the Viper Room stage.

Also in July 2005, Lewis staged a private Comets concert for NASA scientists at theJet Propulsion Laboratory in Pasadena, Calif., to celebrate the firing of an explosive projectile into a comet in deep space.

"Though Franny Beecher did not become a household name — his natural humility meant that he was always quiet and modest — his influence on the music world was immense and his legacy is enormous," Lewis says. "He was especially appreciated inBritain and Europe. Among my friends in the rock community, Paul McCartney, Pete Townshend and Graham Nash all saw Franny perform live in Britain in February 1957 when Haley & The Comets made their U.K. debut. Those musicians and many others I know such as Eric Clapton and Jeff Beck were all impacted and influenced by Franny's innovative guitar playing.

"When I organized for The Comets to visit both New York and Los Angeles to celebrate the 50th anniversary of Rock Around The Clock in 2005, it was of course a pleasure to see all of the band perform on stage. But the Comet who inspired the greatest awe and respect from the many musicians I invited to attend those shows was Franny Beecher. Not only was he a consummate guitarist whose playing inspired generations of rock guitarists, and not only was he still musically fluent and agile at the age of 85, but he was also clearly a gentleman in the fullest meaning of the word.

"And among musicians there is no higher accolade. It was a true honor to spend quality time with him and introduce him at those memorable shows. Rock In Peace Franny!"