From a Bygone Drive-In Era: Bloodlust! 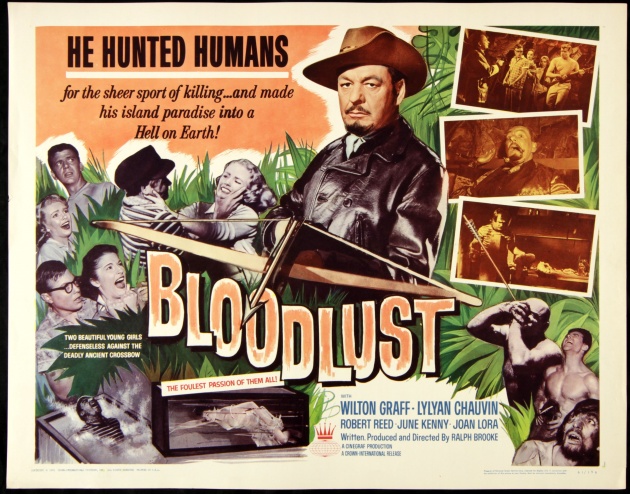 Filmed in 1959 and released in 1961, "Bloodlust!" is a relic from the height of the drive-in era. As it is a horror movie, it comes complete with psychopath and teenagers. It was once featured on "Mystery Science Theater 3000," is one of a few cinematic twists on Richard Connell's 1924 short story "The Most Dangerous Game," is the only feature film directed by Ralph Brooke, and stars Mike Brady, er, I mean Robert Reed (and it comes with an exclamation point in the title!). 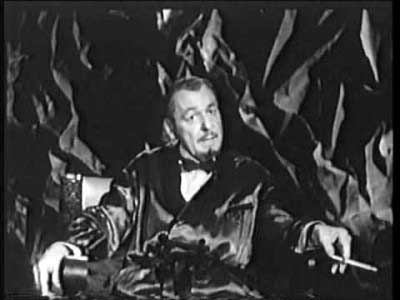 The story involves two teenage couples who leave their boat on a dinghy to explore a remote island that happens to be the private island of an admittedly wealthy man who imports big game and people to hunt. Wilton Graff stars as Dr. Albert Belleau and does a good job as the sadist who explains that his time spent as a WWII sniper left him addicted to the hunting humans. He looks like a cross between Vincent Price and Charles Laughton's 1933 Dr. Moreau (hey wait a minute, those names sound familiar, hmmmm). Dr. Belleau has some henchman about dressed classically in 'pirate' striped shirts. Some of them are guards, some are akin to his hunting dogs, and some are responsible for the taxidermic responsibilities post-hunt. Of course, Belleau is as cold as ice and watches one of his henchman, with amusement, as he sinks into quicksand (or does he?). 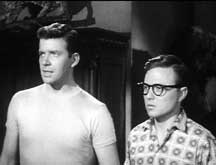 The two couples can be looked at as the alpha, Johnny & Betty, and the beta, Pete and June. All the other major actors do a serviceable job in their roles other than Graff, but Johnny stands out because it's Mike-frickin-Brady! What?! I didn't see that coming and was mildly excited and he does a good job as the era appropriate puffed out chested, perfectly quaffed alpha teenage male. However, his girlfriend Betty judo flips him for fun in the onset of the film and then judo flips a henchman into a vat of acid in the cellar taxidermy room, and in essence, kicks more ass than anyone including Johnny. While the 2 couple are separated as Johnny and Pete are given a head start (woo-hoo) in the human hunt and June and Betty are to stay back and get used to being casa de Belleau residents, they ultimately re-unite to watch someone else come in and take care of their problem.

I dig the story of this movie and enjoyed it for all 68 minutes. I would recommend lowering your cinematic expectations, especially with the Oscars just this past week, but it's worth a peek. I find it enjoyable to stumble upon performances by actors/actresses that I'd really only known for something else and it's ususally connected with my youth, such as Robert Reed as Mike Brady or Fred MacMurray with "The Shaggy Dog" and "My Three Sons" until I saw "Double Indemnity." And we should never forget the character of the story that is the landscape which in this case is a claustrophobic jungle that only the killer has navigational knowledge of. "Bloodlust" is an amusing antique shown in the drive-in format which most of us have never and will never see. You may click and watch below or at your leisure on BaxterMartinWebTv.