Gentlemen, Start Your Records: A Special Look at the Indy 500

The iconography of the Indianapolis 500 is some of the most recognizable in sports. The milk jug for the winner in victory lane. The “Curse of the Smiths.”* The roaring of “Gentlemen, start your engines!”

As with any sports institution, the Indy 500 has provided us plenty of record-worthy tradition. But, unlike many other long-standing competitions, it has delivered some pretty incredible records recently, too, meaning we don’t really know what to expect when the 97 th running of the race takes place Sunday.

You might already know some of the biggies when it comes to Indy 500 lore. How the race started in 1911 and the Indianapolis Motor Speedway itself has the largest overall stadium capacity in the world at 257,345 dedicated seats across 253 acres.

But, like a late car charging after the white flag goes up, history has made quite a run at Indy the last few years too.

Sam Hornish Jr. gave even seasoned race fans a first when, in the 2006 race, he passed Marco Andretti on the final lap, marking the first time ever a racer made a last-lap pass to win the Indy 500.

The next year, Tony Kanaan blistered out of the starting line in 2007, finishing the first lap in a record 41.335 seconds.

And Danica Patrick finished third in the 2009 race, the highest finish for a female driver. She also participated in the history-making 2010 and 2011 fields, which each featured a record four female drivers in the starting field. It already looks like that record will be matched again this year.

But as fans, we hope the record-breaking doesn’t stop there. Something like a new fastest lap or an even tighter finishing margin is unpredictable. But there is one big potential piece of history we can all root for.

Both defending champion Dario Franchitti and fellow three-time winner Helio Castronuves have a chance to join Foyt, Unser, and Mears as kings of the Indy 500 hill if either can win for a fourth time.

It marks the first time since the 1987 race that two drivers in the same field will be trying to join that hallowed trio.

You can bet if either of them gets there, the milk will have never tasted sweeter. 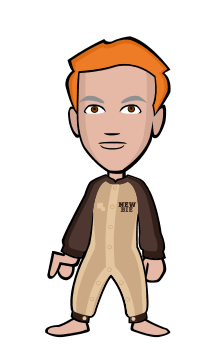