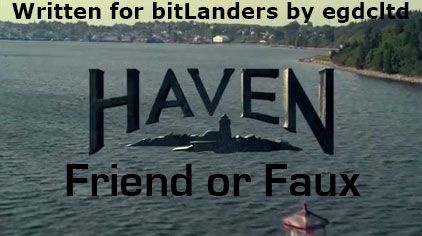 "Friend or Faux" is episode eight of season two of Haven, a supernatural drama series loosely based on Stephen King's The Colorado Kid. In this episode, a man who won't stay dead wants to kill an employee of Duke's.

A Brother Who Won't Stay Dead

This episode opens with two identical brothers in a house; one seems to be the guest of the other. The other then shoots his brother in the back of the head whilst he is eating pancakes. When the killer gets into his car, the other brother appears in it again, none the worse for wear, and says that there is someone he needs to kill

Gunfight at The Grey Gull

At The Grey Gull, a kid, Henry, who works for Duke thinks he is in trouble. Then the brother who was shot turns up. He is looking for Henry. Henry thought he had seen something he shouldn't have, which would get him in trouble. It could be Henry is the person he wants to kill. Then a gunfight erupts between Duke and the brother. 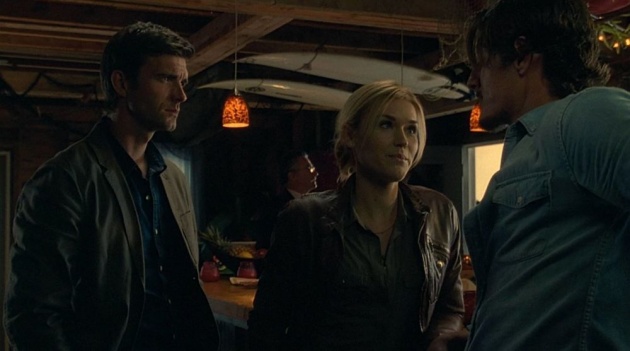 Duke Wants to Help Henry Himself

Duke calls in the police, but he doesn't tell Parker everything. The car belongs to the owner of a bank - presumably the other brother. Duke plans to go and help Henry himself. In the previous episode, "The Tides that Bind", it was revealed that Duke's wife, Evi, is working with Reverend Driscoll. 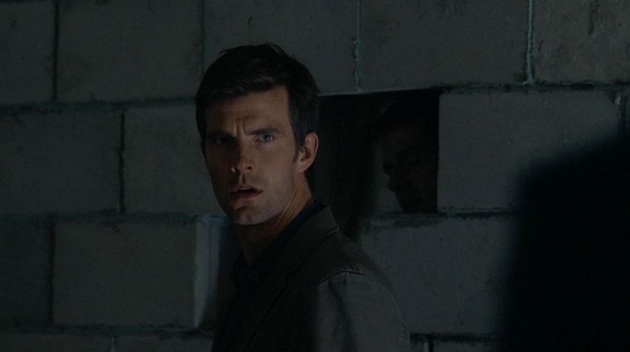 Many, Many Copies, All Wanting Henry Dead

Nathan and Parker track the brother in the car, and so does Duke. In the gunfight the man is killed. However, this is the second time he has died, and it doesn't stop him this time either. Although he has a new body. Henry witnessed the man kill someone in the abandoned building where he is staying. It turns out that the man isn't exactly a brother, but a copy of the original. There have been many copies, and they all seem to want Henry dead. 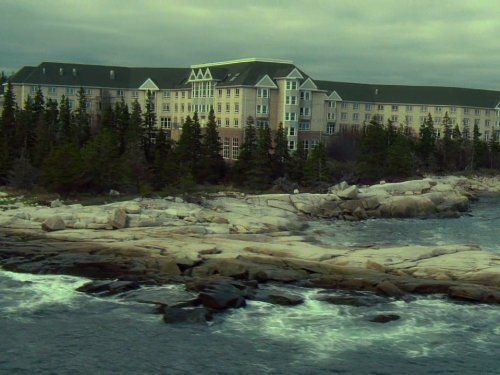 Looks like an evil twin episode. In a huge maze of an unfinished building. And with a twist.