Healing the Oceans – An Agreement? 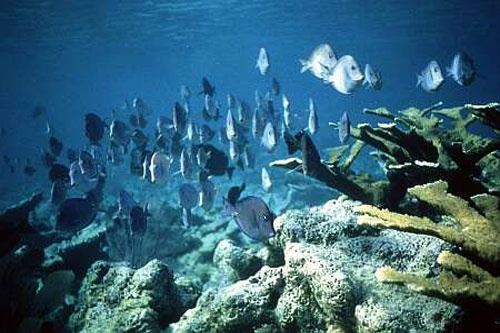 "The Manila Declaration signals a new way forward for all of us. he UN Conference on Sustainable Development (Rio+20) in June is an excellent opportunity to take the Manila Declaration to a global audience and initiate action to reduce the impact of land-based activities on the marine environment. It is essential that we sustain our momentum to achieve on-the-ground improvements in the health of ocean and coastal ecosystems, for which the continued and co-ordinated effort of the international community is vital," said UNEP Deputy Executive Director Amina Mohamed, who led the UNEP delegation at the conference. See Film Report - “Rio+20 – Your Future? - diplomaticallyincorrect.org/films/movie/rio20-your-future/29236 Action Plan: 2012 to 2016 The Manila Declaration was adopted at Global Conference on Land-Ocean Connections (GLOC), co-organised by the Government of the Philippines and the United Nations Environment Programme (UNEP). The four-day event brought together environment ministers, marine scientists, NGOs, representatives of financial institutions and other organizations, with the aim of delivering new policies and actions to improve the sustainable management of oceans and coasts. The agreement contains a total of 16 provisions focusing on actions to be taken between 2012 and 2016 at international, regional and local levels including commitment to develop policies to reduce and control wastewater, marine litter and pollution from fertilizers. Among these is a call for countries to develop guidance and policies on the sustainable use of nutrients to improve the efficiency of fertilizers such as nitrogen or phosphorous. This would bring economic benefits for farmers, while mitigating negative environmental impacts such as algal blooms caused by agricultural run-off. Read: – “Defending the Oceans: A Plan” - diplomaticallyincorrect.org/films/blog_post/defending-the-oceansa-plan-by-susan-sacirbey/38388. Global Program of Action for the Protection of the Global Environment: Many of the recommendations in the Manila Declaration focus on furthering the implementation of the Global Programme of Action for the Protection of the Marine Environment (GPA), which is hosted by UNEP. The GPA - the only global initiative directly addressing the connectivity between terrestrial, freshwater, coastal and marine ecosystems - targets major threats to the health, productivity and biodiversity of the marine and coastal environment which result from human activities on land. The Declaration calls for collaborative action to reduce the vulnerability of coastal communities to climate change and to tackle biodiversity loss, persistent organic pollutants (POPs) and ocean acidification resulting land-based activities. Prior to the signing of the declaration, UNEP and partners launched the Green Economy in a Blue World report, which outlines pathways for a green economy transition across six marine-based economic sectors. Read ¬ "Green Economy in a Blue World-UN Initiative" - diplomaticallyincorrect.org/films/blog_post/green-economy-in-a-blue-world-a-un-initiative/44178 LINK to UNEP Report on Manila Declaration: - www.unep.org/newscentre/Default.aspx?DocumentID=2666&ArticleID=9012&l=en Ambassador Muhamed Sacirbey - FOLOW mo @MuhamedSacirbey Facebook-Become a Fan at “Diplomatically Incorrect”       Twitter – Follow us at DiplomaticallyX        ECOLOGY-DIPLOMAT Channel - diplomaticallyincorrect.org/c/ecology-diplomat

Hi Guys perfect for quality time with your friends or your love ones. Its actually located at munume…

Photo Credit: http://www.lamudi.com.ph Hello everyone, here I am again for the second part of my blo…