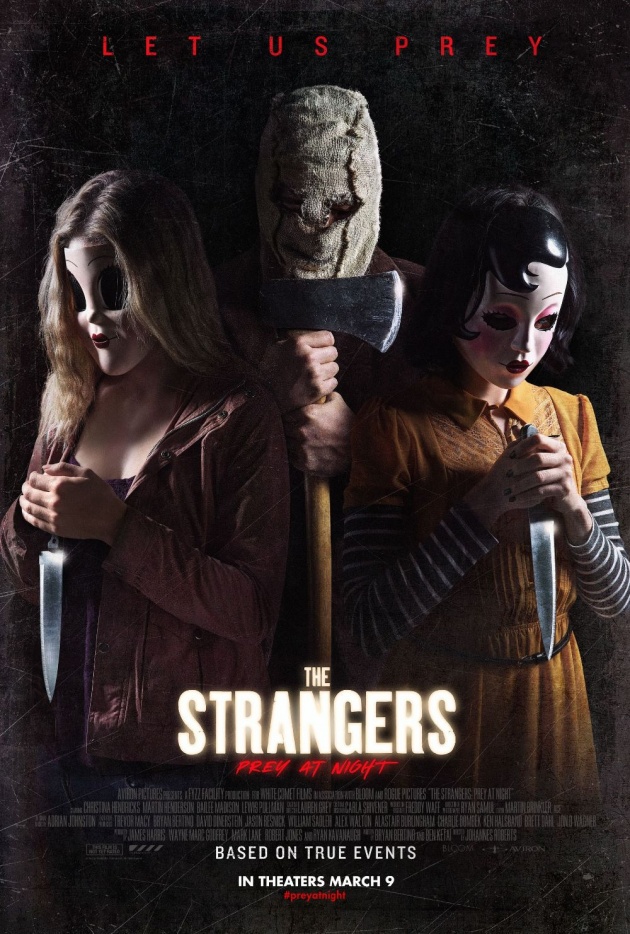 
Hello Friends, I hope you are doing fine and are having a good time on bitlanders. Today I have come up again with my new blog with the title of "Hollywood Movie Review - The Strangers: Prey at Night". Friends, this blog is about a recently released Hollywood Horror and Thriller Genres film "The Strangers: Prey at Night".  This movie is a sequel to the first version released in 2008 with the title of The Strangers.  The story of the movie revolves around three masked killers who kill their preys at night and cause a lot of panic and horror in the town.  This movie was directed by Johannes Roberts whereas the movie was produced by Jalen Headchop and Wayne Marc Godfrey.  The screen play for the movie was written by Bryan Bertino who directed the first version back in 2008.  The movie was produced under the supervision of The Fyzz Facility, a British Film Production and Financing Company. 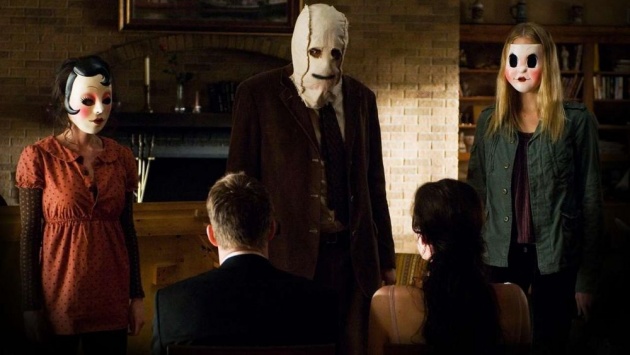 The movie "The Strangers: Prey at Night" was released on March 9, 2018 in the United States under the distribution banners of Aviron Pictures.  Some details of cast of this movie are as under:

✤    Damian Maffei as Man in the Mask 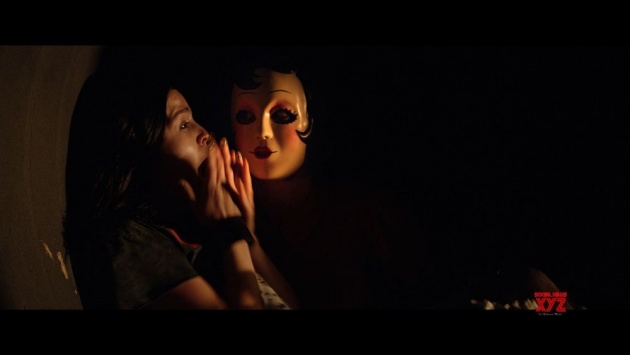 Ten years is a long gap between a movie and its sequel, especially for a horror movie. That gap, though, seems as if it was enough time for the filmmakers of "The Strangers: Prey at Night" to get it right.

The 2008 original, written and directed by Bryan Bertino, never quite had the courage of its convictions until its bleak-beyond-bleak ending. The problem, though, was that the ending came out of nowhere. Here was another home-invasion movie, in which it seemed as if the villains were simply pranking a couple for an extended period of time (one of the victims of the invasion was the only one to kill anyone until the climax). When the masked antagonists revealed their true natures in the final minutes, it came across as a shock in the worst possible way. 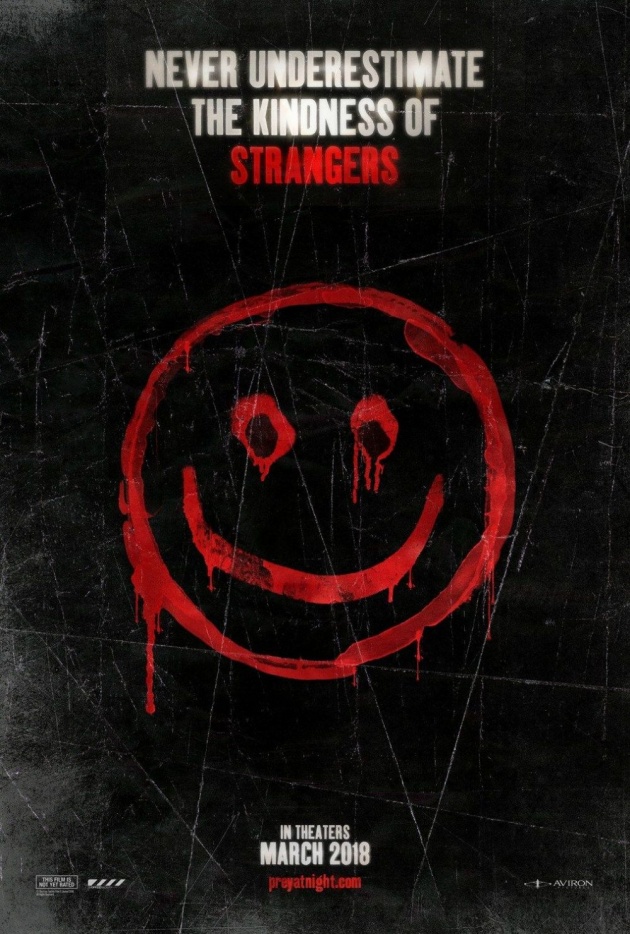 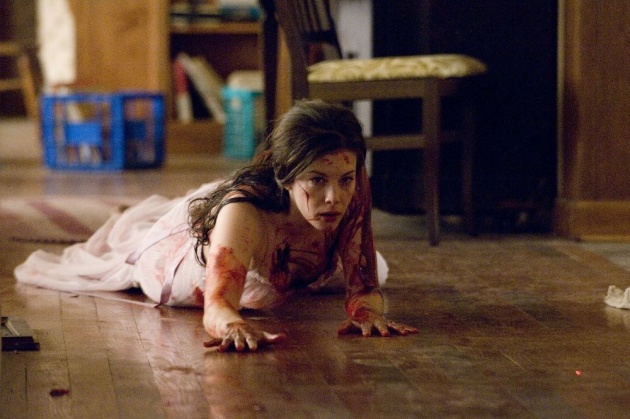 The movie begins in night scene in Kentucky, the United States of America as a van comes and stops by a trailer which was parked in a secluded place. Three masked persons come out of the car and inside the trailer, a young woman wakes up as she hears the music coming out of the car.  She suddenly comes across Dollface who straight away kills her without giving her a proper chance to ask as to what she was doing inside the trailer.  In the meantime, another masked girl who is known as Pin-Up Girl in the movie goes to the bed and lies down there right next to the slain woman's husband.  The movie progresses forward as a young couple Mike and his wife Cindy are about to leave for a trip along with their daughter whose name is Kinsey in the movie. On their way, they stop near a park to pick their son Luke.  Afterwards, they move towards their relatives Marvin who lives in a trailer parked near Gatlin Lake.  When they reach there and enter the trailer, they see Dollface at the door who knocks to ask about Tamara.  After sending her back, when Luke and Kinsey move around in the area and they go inside another trailer, they find the dead bodies of their uncle and his wife. 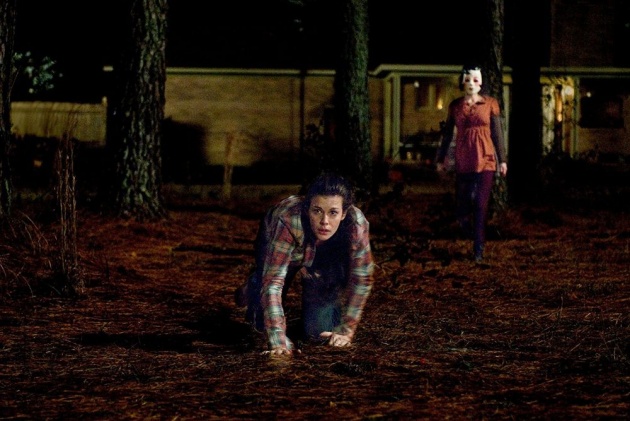 In the meantime, Dollface appears again and asks the same question "Is Tamara Home ?".  She is agina sent back by Cindy and just then Mike and Cindy find Luke and Kinsey running towards them and they looked scared.  Seeing the dangerous situation, Cindy tries to call the Police and meanwhile, Mike and Luke go back to Marvin's trailer. Suddenly, the Dollface appears once again behind them with a knife in her hand. Seeing her, Cindy and Kinsey run lock themselves into the bathroom.  Kinsey manages to find a way out through the ceiling with the help of her mother Cindy.  As Kinsey reaches safer location, the Dollface stabs and kills her mother.  On the other hand, Mike and Luke find Marvin and his wife's dead bodies.  When they return to their own trailer, they now find Cindy's dead body and Kinsey missing from the place. They see a masked man outside looking to come inside in order to make them his prey. Mike finds the gun of his uncle and threatens the masked man who disappears from the scene.  They try to escape in their car but they are attacked again by the masked man and their car hits a trailer and both get unconscious. 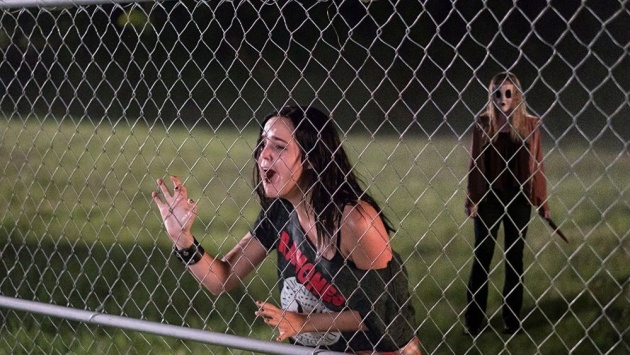 When Mike and Luke regain consciousness, Mike gives the gun to Luke and tells him to save Kinsey.  When Luke leaves, masked man appears and kills Mike brutally using the ice pick.  Kinsey is followed by Pin-Up Girl and when Kinsey sees her, she runs back to trailer where she comes across Dollface, but luckily, Luke arrives and threatens Dollface by aiming at her with the gun.  Both Luke and Kinsey find a chance to run away but find masked man chasing them in his car.  Luke tries to reach the nearby shop in order to call the Police; however, the Pin-Up Girl emerges and a heavy fight ensues between them. Luke gets a chance to stab her to death but sees masked man right there getting ready to attack him.  They both fall in the pool while fighting and the masked man stabs Luke inside the pool.  On the other hand, the Dollface follows Kinsey who manages to stop a Policeman but Dollface kills him before he could offer any help.  However, Kinsey manages to get hold of the Policeman's rifle and kills the Dollface.  She sees another car approaching as masked man was following her.  She takes refuge inside the car and tells the lady who was driving the car to move fast.  In the meantime, as the car starts to move, masked man again attacks Kinsey but she kills him by hitting his head with the bat.  The movie ends as Luke and Kinsey are in the hospital recovering from their injuries and Kinsey again hears a banging sound that she heard near her uncle's trailer. 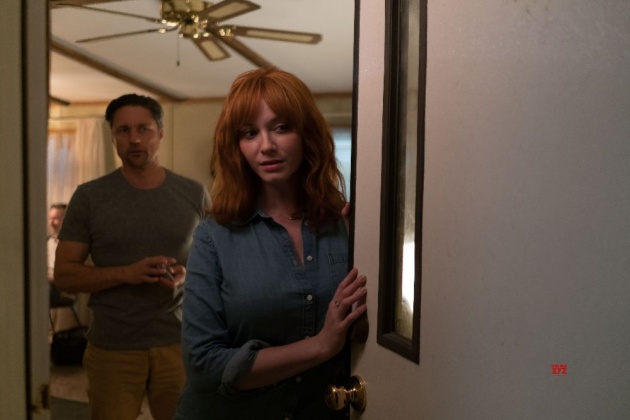 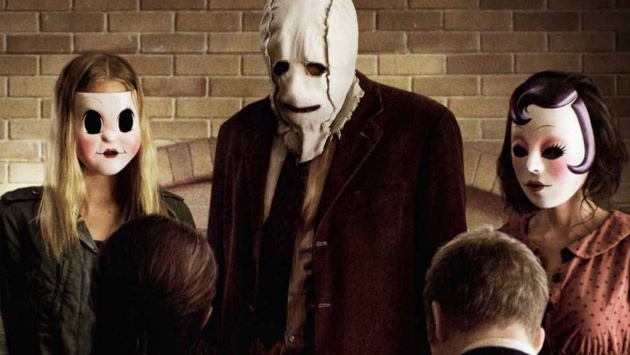 The movie "The Strangers: Prey at Night" had all the spices which are required for a movie to be a real "Slasher Movie".  There was present the thrill, horror and suspense throughout the movie and the same element keeps the viewers interested in the movie.  The movie was a treat to watch and the ending of the movie predicts that there may be more movies in the same film series.  The last version released in 2008 made a good box office business and so did this second version because it has so far manages to earn about 28 Million US Dollars as compared to its budgeted cost of just 5 Million US Dollars. 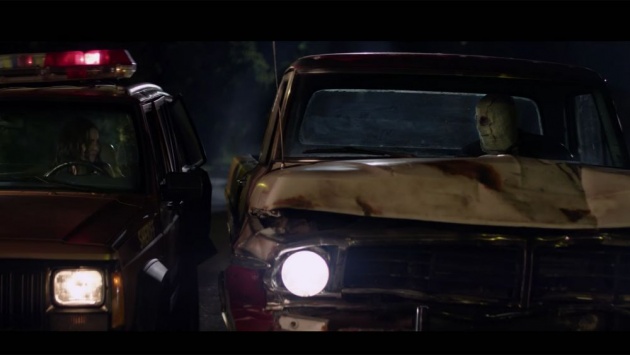