"Homosexuality (from Ancient Greek ὁμός, meaning "same", and Latin sexus, meaning "sex") is romantic attraction, sexual attraction or sexual behavior between members of the same sex or gender. As a sexual orientation, homosexuality is "an enduring pattern of emotional, romantic, and/or sexual attractions" primarily or exclusively to people of the same sex. It "also refers to a person's sense of identity based on those attractions, related behaviors, and membership in a community of others who share those attractions."

"Along with bisexuality and heterosexuality, homosexuality is one of the three main categories of sexual orientation within the heterosexual–homosexual continuum.[1] There is no consensus among scientists about why a person develops a particular sexual orientation. Many scientists think that nature and nurture – a combination of genetic, hormonal, and environmental influences – factor into the cause of sexual orientation. They favor biologically-based theories,which point to genetic factors, the early uterine environment, both, or the inclusion of genetic and social factors.There is no substantive evidence which suggests parenting or early childhood experiences play a role when it comes to sexual orientation; when it comes to same-sex sexual behavior, shared or familial environment plays no role for men and minor role for women. While some religious people hold the view that homosexual activity is unnatural, research has shown that homosexuality is an example of a normal and natural variation in human sexuality and is not in and of itself a source of negative psychological effects.Most people experience little or no sense of choice about their sexual orientation." 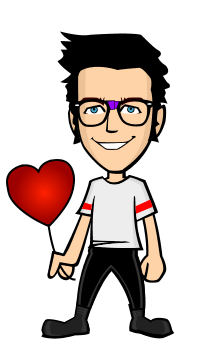 I love that "semi-rainbow" on the top!

Hi all, Maybe you have no idea what's the title is about, so I will explain a little better who I am…

Homosexuality occurs naturally everywhere, not just in humans but also in other species of animals. …

Nature is the driving force of the universe, nature has its own rules, and these rules are very spec…