How Are DOLE Pineapples Produced From Farm to Table?

It's almost Christmas season! After September comes October, then just two months to go, the season for canned fruit cocktails, sweetened kinds of milk, spaghetti sauce packs, and pasta will start again. Most grocery stores will fill up their aisle with hundreds of tall stacks of different Christmas food essential items!

Diet won't be remembered during those times and even though most Filipinos would say that they don't have money, even the simplest household will surely have something on their table. 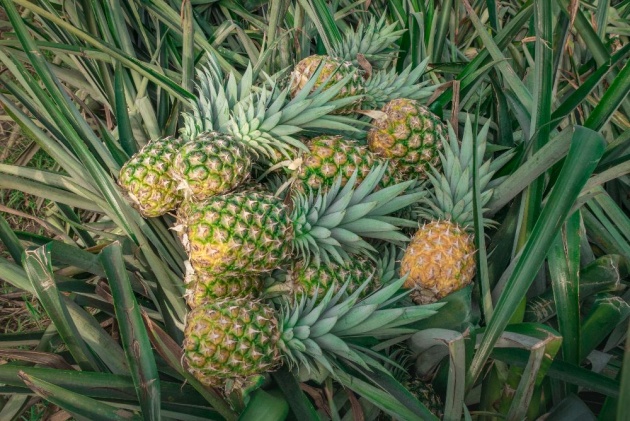 Speaking of food and desserts on the table, one of the most common in the Philippines is the fruit salad. Most would use canned ones for this and one popular brand is DOLE.

Known for its different canned pineapple products such as the crushed, sliced, chunked and tidbits as well as their tropical fruit cocktail and a lot more! When we think of DOLE, we directly think of pineapple. 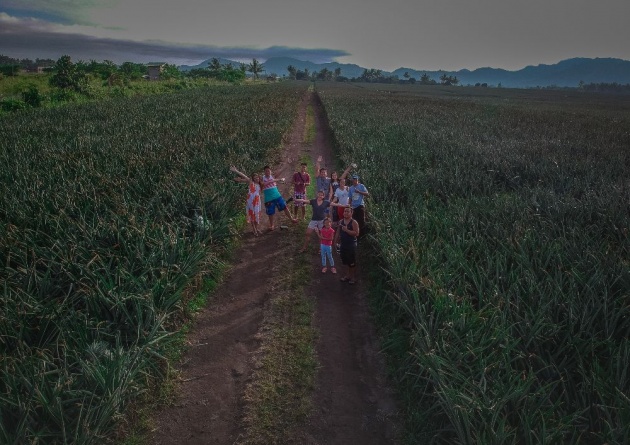 But they are not actually limited to just pineapple, they still have other products in the market too which don't have pineapples in them. All of their products are being distributed in the entire world market.

The company has given hundreds or thousands of jobs to the locals and even the neighboring citizens of Barangay Cannery Site, Polomolok, South Cotabato. It owns the largest pineapple plantation in the entire world with their 18,000 hectares of fields. This results in having the municipality of Polomolok as one of the richest municipalities in Mindanao because DOLE is their biggest taxpayer.

DOLE Pineapples from Farm to Grocery 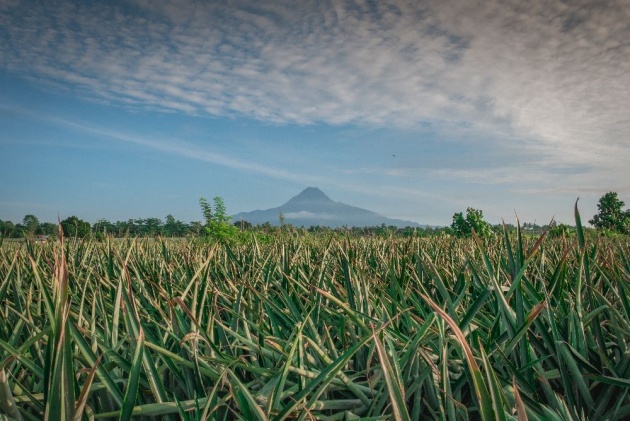 During our visit to this wide plantation which has the beautiful Mount Matutum as a background, I had the chance to speak with the workers, those who were harvesting and also collecting the crowns which will be replanted.

I learned that there are stages in ensuring these pineapples are export quality.

1. At the Plantation Grounds 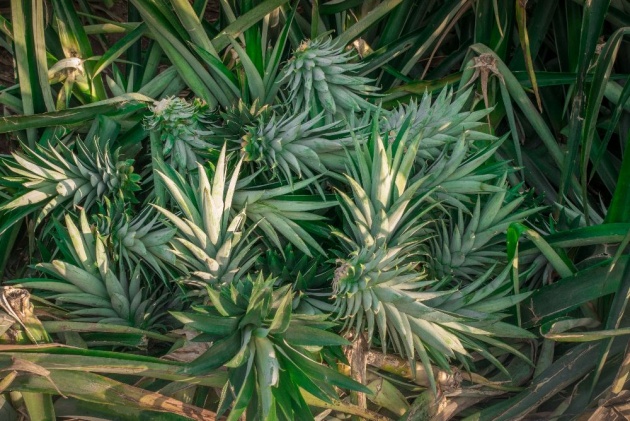 It starts with good specimens of pineapples, split for propagation. The variety of these pineapples were studied and even experimented inside laboratories to ensure big produce and quality.

A planted pineapple shrub will bear fruit thrice a year, after that, they'll be taken out and be ground for compost which is also used for the plantation grounds. 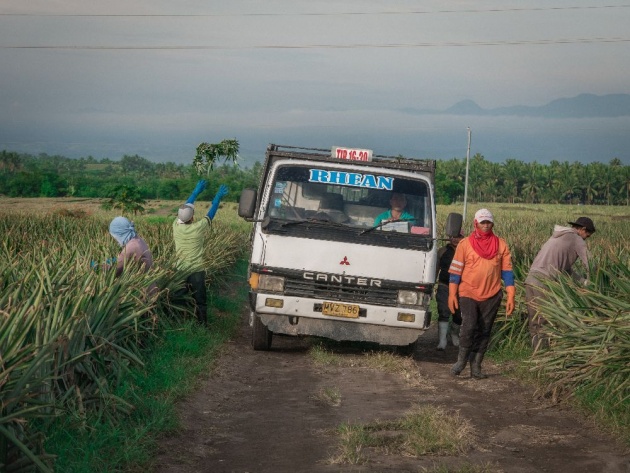 During the harvest, the hand picker workers stand in lines with a machine where they either manually put the fruits in an automatic conveyor belt, this is to ensure that they had harvested high quality produce.

Some fruits are left in the grounds because either they are too ripe or their sizes didn't pass the quality control.

The fruits will then be carried by trucks into the nearest packing shield. In the case of DOLE Philippines, the packing shield isn't too far from the plantation. In fact, we passed by it on our way to my sister in law's family house.

Then the hand grading workers will then select the correct fruit for each market. There are also classes in terms of the size, shape, presentation, and color of the fruit. The workers will also attach the labels and place them in boxes. 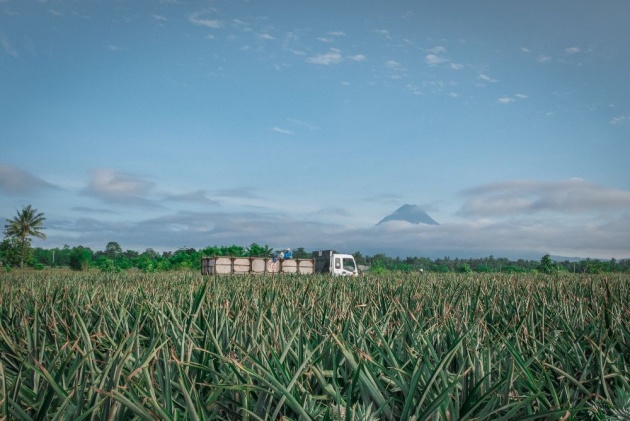 After getting packed, the fruits will then be refrigerated and transported to a port where the DOLE refrigerated ships, this is to ensure that the fruits arrive at the clients in great shape and condition.

From there, the pineapples will then be distributed and placed in different marketplaces all over the world.

There's a lot of workloads just to provide pineapples in the entire world. It is very nice to know that they come from a local municipality here in the country. 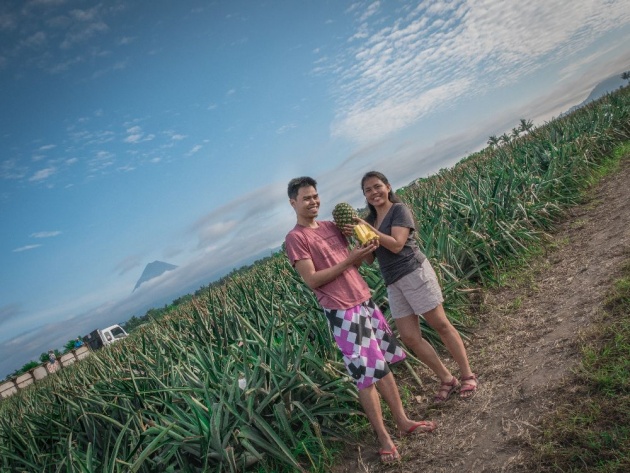 On our last day in Mindanao, the family's flight was still at quarter to one in the afternoon and so we still had time to check out the plantation which was just behind the house of my sister in law's family.

Without hesitation, the group went and walked to a concrete road with side fields full of pineapple plants! It was a great time to take drone shots indeed! 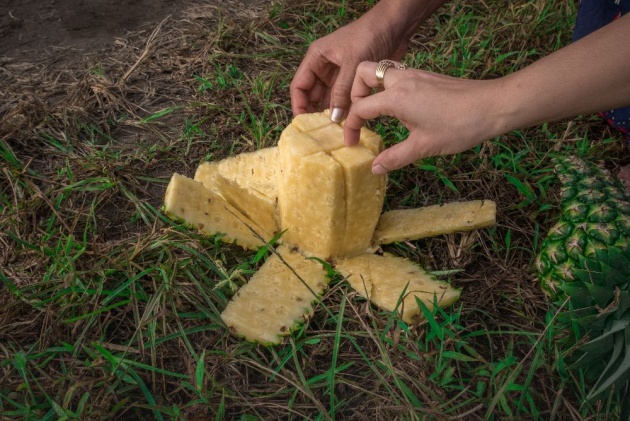 Of course, we had to be polite and asked the workers if it is fine for us to take photos and roam around, they positively agree and even allowed us to take photographs of them!

But the best thing was that they gave us pineapple fruits which were part of their harvest, which means they are quality ones and was a candidate to be shipped abroad! In short, those fruits are not in the Philippine market at all.

One of the thing that I have noticed with this variety was the fact that my tongue didn't hurt after eating a few slices. The plant's sword-like leaves aren't spiky too so when the workers were walking by them, they were very safe. 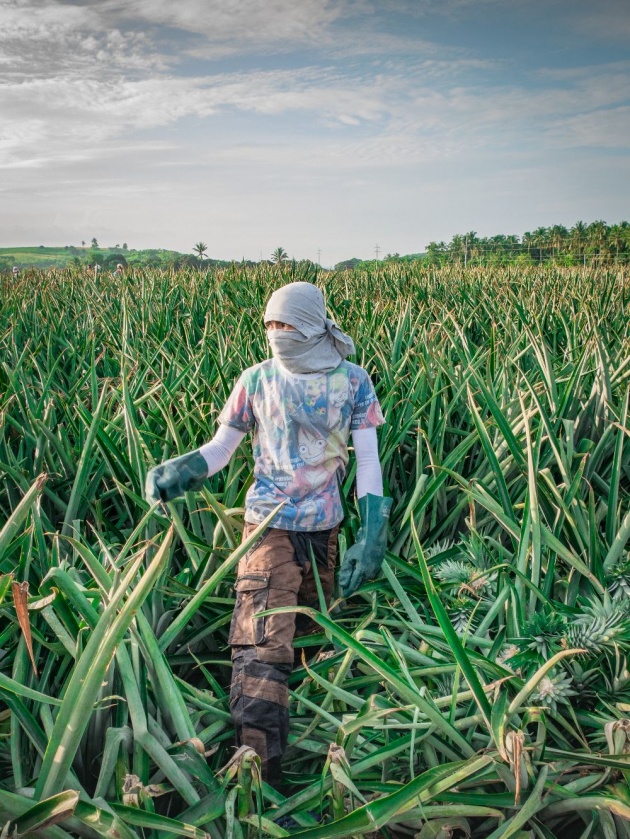 After eating two fruits, the workers were so accommodating that they even allowed us to bring some overripe ones which were left in the grounds. These fruits will be left to decompose so it was a blessing to have them for breakfast as dessert! Sweet and very rich in texture!

Almost all of the workers were very friendly, they were very polite in answering all my questions. The company also provided them with housing and there's even a specific area in Polomolok where the neighborhood all works for DOLE.

The best treat, however, was that we learned something new, we had taken lots of photographs with Mt. Matutum at the background, even posed for several shots with pineapples in our hands like we were pineapple models.

After several overhead videos and after getting full from all the pineapples we have eaten, it was time to go back and prepare for our flight. 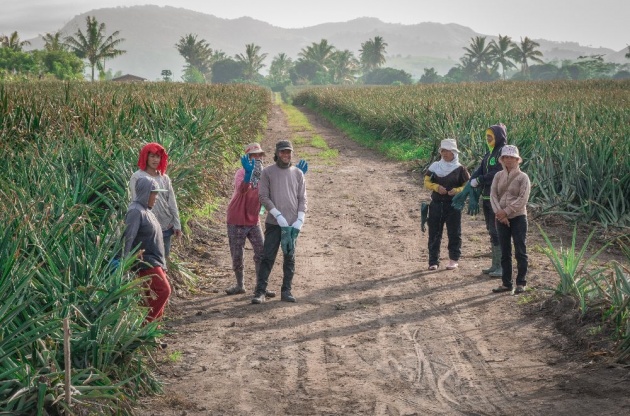 The short yet educational tour to the DOLE pineapple plantation was very cool. I actually thought we will see pineapples in Bukidnon by October but thankfully, we had seen by our own eyes and even interacted with the plantation farmers and workers. It was a good day!

Top 10 Places To Visit in Mindanao

Before I start, here is a video you need to watch about 10 Best Travel Destinations in the Philippin…