I married an Alien!

I married an Alien!!

It was the middle of the night. A loud noise outside suddenly woke me up. I turned on the other side of the bed to find my husband not there. “Derek”, I called out to him looking towards the door of our bedroom. But I received no response. I saw that his blanket was lying in a haphazard way. I got up from the bed and headed towards the bathroom to see if he was there. “Derek”, I again called out to him. But he wasn’t there.

I then headed to our drawing room and again called out to him. But to no avail. Before reaching any conclusions, I saw the main door open. I rushed towards the doorway and could not believe my eyes when I saw the sight in front of our door. Being blinded by the bright lights, I widened my eyes to see if what I could see was real! A huge space ship was landed right before my very own eyes. Before I could go out to see what was really happening, the spaceship started to move and in a fraction of a second it disappeared.

The next moment, the surroundings were so quiet as if nothing had happened. Not too far, I saw a man lying down on the ground unconscious. I went ahead to see it was none other than Derek. Frightened, I rushed towards him and tried to wake him up. But he was still lying unconscious. I rushed inside our house to bring a glass of water. My hands were trembling while I was pouring water in the glass. I ran towards the doorway. Derek was still lying there helpless. I placed his head on my lap and sprinkled some drops of water on his face.

To my relief, he was coming to his senses. He opened his eyes slowly. But then his eyes widened and he began to look around confused. I called out softly, “Derek”. He began looking at me as if I was some stranger. I asked, “What happened? Were those aliens? Was that a spaceship? What were you doing there?” I had so many questions but I received no answer. He slowly got up and placed his hand on my forehead and he closed his eyes as if he were meditating. I did not know how to react.

He then opened his eyes, which were still widened with no expressions. I stared at him looking confused. I asked, “Are you alright?” He looked at me strangely. I again tried, “Derek, what’s the matter? Are you okay honey?” He finally replied in a robotic tone, “My name is Reth. I am from Mars.” I could not believe what I was hearing and was certainly not in a mood for a joke at that moment. I bluntly said, “No, you are Derek and you are from this Planet Earth. Now common in, it’s past midnight and I have to wake up early.”

I went inside our house and turned behind to see Derek following me and staring at things at our place very strangely. Ever since he had been unconscious, Derek had been behaving strangely. I wondered if he really had turned into an alien. I sat down on the sofa and told him to sit down too. I wanted to know if all this was a joke or was it for real. As the spaceship I saw could not be a joke. There was something wrong, something really wrong.

Reth aka Derek, still looking strangely at me, sat down on the sofa. He sat beside me, but at a safe distance, his body facing me. I felt I was talking to a stranger rather than my husband. “Derek, now tell me what all happened over there?” I asked. “My name is Reth”, he repeated and then continued, “We all came here to earth to carry out our mission.” “Mission?” I asked confused. “Yes”, he said. “We are on our mission to convert all the earthlings into Martians. My fellows said I was an earthling too and now I am one of them. I was created to convert more earthlings into Martians.” “Oh, I see”, I said thinking if it was indeed true. Derek had met those Martians and they converted him into one too. I could see that it was all fitting in one piece. But what can I do? All those alien movies came to my mind. I could be the world’s next heroic figure if I save it from my husband. It seemed so weird yet it was true. “So how successful have you been on your mission?” I asked trying to figure a way out. “You will be my first one”, he said grinning in an alien kind of way.

“What, you mean you are going to convert me into a Martian too?” I asked. “Yes”, he said moving closer towards me. I tried to move away and run but he pulled me back. He made me sit on the sofa and he stood right in front of me. Out of nowhere he pulled out a device which looked like a pen. I could see a bright red light coming out of the device. ‘My time is over on this earth now’, I thought. Derek pressed the device in his hand and it blinded me. The red light now was beaming in our whole room. He grinned again and placed his hand on my forehead. And that was the last thing I could remember.

“Wake up! Wake up!” I could hear someone calling out. I opened my eyes slowly and it was morning. I saw I was lying in my bedroom with my blanket on and Reth was sitting beside me waking me up. ‘O dear’, I thought, ‘Reth indeed had more powers than I imagined’. He converted me into a Martian and managed to invade my little house.

“Wake up sleepy head”, Reth said kissing my forehead. I looked at him strangely and saw those eyes had that same charm that Derek had, unlike those alien eyes. “Reth, have I really become a Martian now?” I asked. Reth laughed and exclaimed, “What? What did you call me? Someone really had an overdose of Star Trek yesterday.” I looked around and then realised that this whole thing was a dream. “Gosh, it seemed so real. You were an alien from Mars and you converted me into an alien too”, I said and then I too could not control laughing. “O Derek, I’m so happy with you by my side and I never really want to be away from you. Even if you will turn into a Martian anytime I will sure be with you”, I said cuddling him.

“O my little weirdo, of course I will be with you always. Wonder what it will be like being a Martian…” he said laughing at my strange dream. 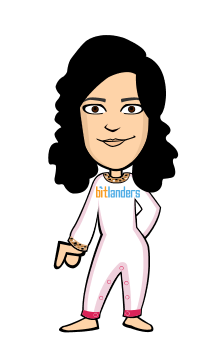 The Grown Up by Gillian Flynn: A Book Review *Image is credited to.teenvogue.com Hello guys, forgiv…

This story is rewritten from a gif, "A Chilling Story", sent by a FaceBook friend of mine. photo c…

She sat wondering whether he would come. She was tired and hungry and looked forward to changing clo…

Love You Forever by Robert Munsch

One of my favorite childhood stories. I just wanted to share this wonderful (can't think of any adje…