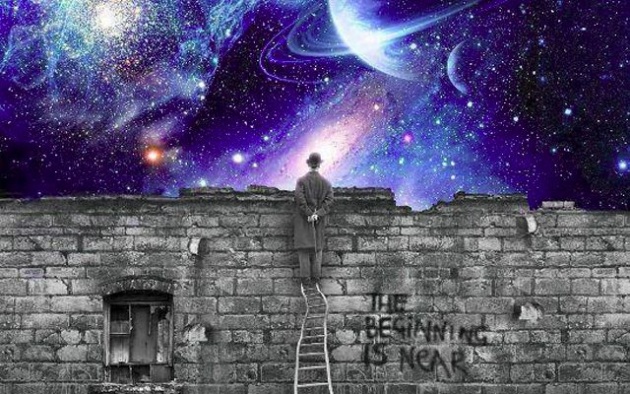 Journal of a Wayward Philosopher
Implications of Information Age Technology

“You never change things by fighting the existing reality. To change something, build a new model that makes the existing model obsolete.”
- R. Buckminster Fuller

Today I want to examine those positives and negatives. I do not have a list to present to you, however – that would be too generalized and boring. Instead, I am going to speak from my personal observations and experiences so this entry will inevitably miss as much as it conveys.

I had the good fortune of growing up during the 80’s and 90’s which, as it turns out, was the bridge between the Industrial Age and the Information Age.

The majority of my recreation time prior to the teenage years was spent outside playing with the other kids in the neighborhood. The spring and summer months consisted of kick the can, hide and seek, outdoor basketball, and whiffle ball. The fall months were spent playing touch football and having acorn battles. The winter months entailed sleigh-riding, snowball fights, and hot cocoa.

We roamed the neighborhood freely without parental supervision, and the only constraining rule was to be home for dinner. There were no backyard fences back then so the family dogs would roam the neighborhood together as well, sometimes taking interest in us kids, and sometimes wandering off to explore. I can’t remember if the dogs had to be home by dinner as well, but I do remember that some dogs seemed to become friendlier with one another than others.

We would always wave at the adult neighbors in their cars and on their front porches; and they seemed genuinely happy to watch the neighborhood kids at play. I don’t think they minded the roaming dogs that much either.

The Nintendo Entertainment System and Super Mario Bros. found its way into our household circa 1989 or 1990. I think the console was a gift from my mother on her own birthday if I remember correctly. The Nintendo quickly led to the Super Nintendo and then the Sony Playstation, but these were mostly supplemental forms of entertainment. Playing outside with the neighborhood kids still took precedence.

For the most part, this childhood activity resembled that of the previous generation. My old man still loves to tell tales about his adventures on the city playground basketball court. He especially brags about shoveling snow off of the court in the winter to keep the games going. "That's why we were so much better players than the kids today!", he proclaims.

So the childhood dynamic was pretty much the same – the kids played freely outside without parental supervision until dinner time. I think the case is much different for today's kids, however. While I am sure unsupervised free play still exists in pockets, the concept seems to be mostly frowned upon. In fact, a number of months ago I read an article about a mother being arrested for allowing her pre-teen kid to walk to the corner store unsupervised.

This is a general statement, but free play has largely been replaced by adult-organized and adult-supervised activities. Parents spend their afternoons rushing the kids off to all manner of adult-organized activities which leaves very little free time for the kids. School teacher friends tell me that most kids spend what little free time they do have playing video games. I suspect the kids are just searching for a reprieve from all of the regimentation.

Bring the 'kids-playing-video-games' concept up in conversation and you will probably hear someone denounce it as a societal scourge. I am not so sure.

Undoubtedly kids miss out on certain lessons absent free play outdoors, but have you ever seen a six year old playing his hand-held game console? I have – it is amazing! You can almost feel the neurons firing and the synapses lighting up in their little brain. Give an adult the same hand-held game and you can almost see the brain fog creeping in. Even those of us young enough to grow up with Nintendo's can't keep up with the sophisticated and fast-paced modern video games!

Electronics have become second-nature to kids today at a very young age. Anyone who has been out to a restaurant within the past five years has seen young kids fully engaged with an Ipad. Put these young kids in front of a computer and they can give their grandparents some lessons. I can't help but compare this dynamic to my first serious introduction to computers.

The Internet came to our household in the mid-90’s – 1996 I think – courtesy of America Online (AOL). This coincided with the teenage years for me, so much of the free play with neighborhood kids had already subsided. As such, I was enthralled by the Internet and it captured most of my free time from that point forward.

To connect to the Internet back then you had to unplug the landline telephone and connect your computer’s modem to the telephone jack. This led to heated rivalries in households all across the country pitting the telephone talkers against the AOL users.

Connecting to the Internet in the early days was never guaranteed. I can still remember watching in anticipation as the modem made all kinds of weird sounds during the AOL sign-in process. There were three boxes on the sign-in screen that would populate as you progressed through the lengthy (sometimes 60 seconds or more) connection process.

The first box contained AOL’s orange walking man logo, and he populated immediately as your modem dialed the ISP’s telephone number. The second box populated once the modem finished dialing and began to establish a connection with AOL. It depicted the same logo except with three lines in front of it – indicating that the walking man was now running. The third box populated once the connection was established and it depicted a big happy Internet family with AOL’s logo in the background. Then AOL’s walled garden platform would load up and the familiar voice would say “You’ve got mail”.

To my knowledge, the average person used the Internet almost exclusively for entertainment in those early days. I remember when AOL's chat rooms were quite popular, and the ability to create your own private chat room was exciting!

Today, kids use the Internet for both entertainment and education. Sites like Khan Academy, Code Academy, and Udemy focus exclusively on educational courses for any and all age levels, interests, and skill sets. Additionally, you can learn pretty much anything you could ever want to know from a YouTube video. You can even find entire manuscripts in the fields of finance, economics, and philosophy if you know where to look. I have written extensively about how it is possible to craft a world-class education using only free online resources.

So I am amazed at how electronic-savvy the young generation is today, and I am amazed at the powerful educational opportunities that are available to them on the Internet. Then I put two and two together and I am excited about the future possibilities that lay in front of human civilization! We are living with space-age technology right now, and that technology is only going to get better.

Yes, nostalgia hits me pretty hard when I think about how the type of childhood I enjoyed will likely not be available to my little girl. But that's just how the Universe works – nothing can stay the same for long.

The Industrial Age is fading into the rear-view mirror, but its centralized institutions refuse to accept this. I think this dynamic is at the core of the cultural tension and uncertainty felt by large segments of the population at this time. Cultural transitions of this magnitude are simply messy and uncomfortable.

We now have space-age technology, but we are living with industrial institutions and bronze-age rulership hellbent on maintaining their power, status, and wealth. This power struggle will see-saw for another decade or so, but it is finite.

A few hundred years ago the Industrial Age swept away feudalism and its established hierarchies without sacrificing the accumulated wisdom of human experience. In just the same way you can be sure that the Information Age will ultimately put an end to the centralization of industrialism and its power institutions without carelessly tossing away the acquired knowledge of the Age.

For more information on how to master your finances in the Information Age, please see the online course: Finance for Freedom: Master Your Finances in 30 Days. Over 2,900 people have enrolled in this course and the average rating is 4.83 out of 5.