I am always in awe of the elephants and for the giant that they are, their movements are very slow and  gentle. 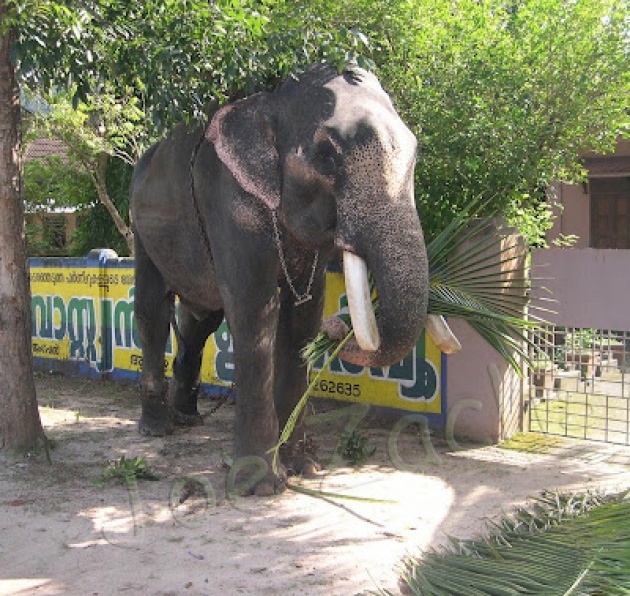 It is said that an elephant consumes about 150 kg of plant matter per day. This is no mean feat and to keep up with this input they have to constantly munch.

Assam, a state in North India is rich in lush tea gardens and paddy fields. Assam is also home to wild life specially elephants. It is rare that the elephants encroach into the areas that are inhabited by humans.  But of late this has been the cause of worry for many especially the local cultivators. They find that the elephants wander into the tea gardens and paddy fields,  damaging the crops and robing the livelihood of the farmers.

The forest officials and the wild life fund (wwf) are worried about the conflict between the humans and the elephants.

When they investigated, they found out  some startling facts like  the forests in the north has lost about 65 % of its greenery.

The shrinkage in the habitat has made the elephants more visible and as there is not enough food in the forest they tend to raid the crops in the vicinity there by creating a conflict with the local inhabitants.

The  farmers tried using fire crackers to scare away the elephants. This worked only for some time as they got used to the sound of the crackers

Villagers tried new strategies like using domesticated elephants to drive away the wild ones but this was proving costly.

To minimise the human elephant conflict, the Indian government along with the help of WWF has built Elephant corridors. This helps the elephants to move from one territory to the next through a system of fencing and overpasses, keeping wild life away from the crop fields.

This is just one of the initiatives but the key to eliminating the problem completely is to restore the greenery in the jungle area.

This four and half minute short movie (below) produced by Mary Ferreira explains the conflict between the gentle giants and the humans.

Planting Rice is Not a Joke

Image credits:letstalkagric.com Rice - the staple food of the Filipinos and most Asians. It is chara…