The previous episode From Egypt to America

This episode is about starting up a business, having integrity and the honesty needed to help the business succeed. We learn about the necessary shared values that make a partnership work.  Enjoy.

In 1941 our character’s family’s residence became New York City, the place where they first arrived. However things were unstable at the get go because of Vichy France. The three-hundred grand they transferred from Beirut was now a part of enemy hands. Vichy France was now in control of Lebanon, which made things tough. Our character’s father didn’t panic and received legal help to unfreeze the account. It was helpful that he had connections with National City Bank and Chase. He couldn’t take out everything all at once, but the Federal Reserve did allow 3,000 a month. With inflation we are talking around forty-three grand each month.

Due to the poor judgment of one of the older sons who was living back in Egypt new difficulties arose.  A former business associate named Jacques Gelardin was living in New York City at the time. Instead of going to meet Mr. Gelardin, the son from Egypt wired the father to adamantly meet with another man.  This man’s name was Paul Berlitzheimer who also reserved hotel rooms for the family but in another one called the Savoy Plaza instead of the Vanderbilt.  This one change later became significant for multiple reasons. Had the father partnered with Mr Gardardin, a representative from the brokerage firm Bache and Company, they may have profited from the stock boom that happened during World War 2. What actually happened taught the father a lesson.  Mr. Berlizheimer and the father partnered to form a trading company called American Nile.  However to call Mr. Berlizheimer honest is a far cry from the truth. The father was conducting in ways that are uncommon in the business world today such as dealing with people in faith. Because of this, he was taken advantage of. In the end he ended up buying Mr. Berlizheimer out. Atleast American Nile was going well. Many of his Middle Eastern bank clients would purchase such items from American Nile as matches and beer. During World War 2 he told his son jokingly “The Allies couldn’t fight a war in the desert without beer”. 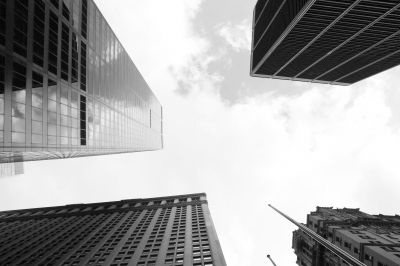 Our character’s father later found out that the reason he was advised by the eldest son not to meet Mr. Geldardin was because of a falling out the two had.  This goes to show you that anyone can make a mistake. But when you do err, you must get up, dust yourself off and get back to work. The next episode Versatility.