Introducing the Thirteenth Doctor - And She's a Time Lady! 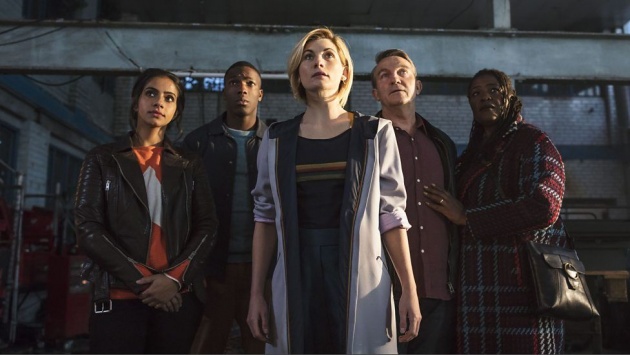 On July 16th 2017 the BBC announced that the actor who would be replacing the role of the Doctor from the science fiction show Doctor Who, as currently played by Peter Capaldi, would be a woman, Jodie Whittaker. Needless to say, this announcement caused mixed feelings amongst fans. Whittaker herself has appeared in a number of films and TV series; notably, one of the latter is Broadchurch, which also starred David Tennant, the Tenth Doctor.

Not Really a Surprise

The announcement, however mixed the feelings it may have caused, was not an enormous shock; it had seemed like this was getting increasingly likely for some time. It's been discussed for years (perhaps dating back to the classic series) as to whether it would be possible for the Doctor to regenerate into a woman. As the new series progressed, this started becoming less theoretical.

From "Hell Bent": The General Regenerates - Video Credit: Doctor Who via YouTube

In the Eleventh Doctor episode "The Doctor's Wife", the Doctor made reference to another Time Lord, The Corsair (who had been killed prior to the episode by the episode's antagonist, House), who regularly changed his/her sex. Things intensified with the Twelfth Doctor, starting in the eighth series with Missy, the latest incarnation of the Master, who was now a Time Lady in his/her latest regeneration (in retrospect, this now looks to have been testing the waters a bit for a similar change to the Doctor). In "Hell Bent", the season finale of the ninth series, the Doctor shoots the General - after first asking if he could still regenerate - who then regenerates into a Time Lady.

Regenerating into a Time Lady - Is it Plausible?

The biggest problem, for me, regarding regenerating into a different sex is how plausible it is. For a naturally occurring ability, having a member of a species alter their sex randomly is not really a survival trait and therefore unlikely to say the least. For an engineered ability, having an individual's sex change randomly on regeneration is a bug, not a feature. It would be expected that such a bug would have been fixed by a species as advanced as the Time Lords.

The key word in each problem is 'randomly' and, before questions as to believability come into play, the problem is plausibility, not believability. Fiction, especially science fiction of this nature, does involve suspension of belief to a degree, but internal consistency and plausibility are important. Implausible things, which can differ from person to person, can break this suspension of disbelief and ruin the story.

Both of Romana's Regenerations - BBC via Tardis Wikia

The Time Lady companion of the Fourth Doctor, Romanadvoratrelundar, usually simply called Romana, had a lot more control over her regeneration than the Doctor ever did. When regenerating between her first and second incarnations, Romana tried out various different appearances before settling on a new one (which was actually the first she picked). This suggests that at least some of the Time Lords had a greater degree of control over their regeneration cycle. The Doctor's regenerations have always seemed a lot more random.

Although not every Time Lord or Time Lady may have been able to change their appearance quite as easily as Romana, the majority, or even all of them, being able to determine the sex of their regenerated self in advance would greatly increase the plausibility of the Doctor regenerating into a woman, if this was a conscious choice on the part of the Twelfth Doctor. If it isn't, and is random; well, that just seems too implausible for my own suspension of disbelief. 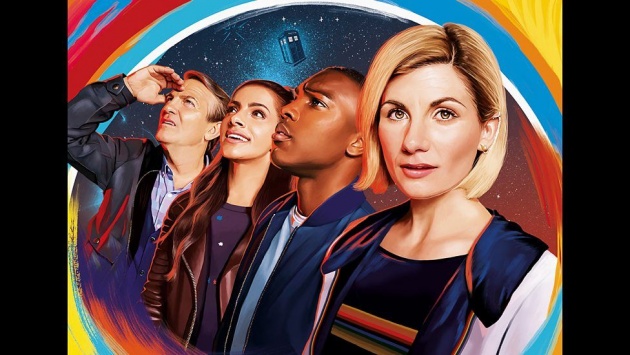 Promotional Image of the Thirteenth Doctor and Her New Companions - Image Credit: BBC

For me, the biggest problem other than plausibility (which can easily be fixed - with just a single line, such as the Doctor saying that this time he wants to be a woman, or for example the regeneration going wrong; both the Fifth and Sixth Doctors did not have good regenerations) has nothing to do with the actress or the show or, indeed, anything official at all. It has to do with the reaction of a portion of those who approved of a woman being chosen to play the new Doctor. These particular people are labelling anyone disagreeing with the regeneration as sexist and/or a misogynist. This is highly offensive and judgemental and, although it may be accurate in a few cases, is unlikely to be true in all of them. There is also what TV Tropes calls the Nostalgia Filter, where older stuff is best and any changes are bad.

People do not always react well to change and, even though the one constancy about Doctor Who is change, this is probably the biggest change in the show's history, especially for long term fans (who do appear to be amongst those most displeased). One thing that seems definite is that those who are least happy are definitely fans (not, by any stretch of the imagination, all of the fans - in fact Whovians as a whole have reacted fairly well to the announcement) whilst a definite percentage of those who approve of it are not actually fans of the show, or are not definitely fans. 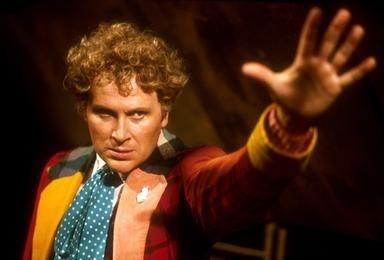 The announcement has met with approval from former stars of the series, including one Doctor, Colin Baker (although given that the Sixth Doctor is frequently, although not always, ranked as the least popular in the show's history, at least for the mainstream Doctors for the TV show and almost certainly on average between every list, this might not be the recommendation that it seems to be. To be fair to Colin Baker, when he was allowed to develop his Doctor the way he originally wanted in the Big Finish audios, Six did become a lot more popular).

This derogatory labelling of anyone who disagrees with the choice is quite probably going to cause problems in the future. Any criticism of the show in the near future has a good chance of being related to the star being a woman, and not whether the performance or, more critically, the scripts are any good. Even a critical view of a show has a good chance of itself being criticised as being because the Doctor is female, even if that's not the case. 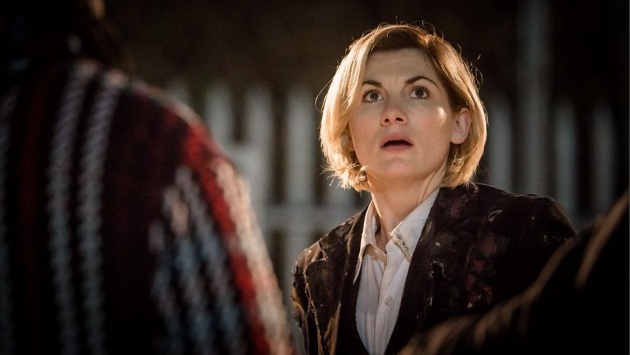 Was Jodie Whittaker Cast as the Doctor Because She Was the Best Choice?

I always knew I wanted the Thirteenth Doctor to be a woman.

One comment by Chris Chibnall, the new show runner for Doctor Who (who also worked on Broadchurch) was that "I always knew I wanted the Thirteenth Doctor to be a woman." This does give the impression that she was chosen simply because she was a woman, not because she was the best for the job, and that he was looking for a woman and therefore automatically ruled out any male actors.

Perhaps this was simply a poorly framed comment, but it doesn't give the best impression as to why Jodie was selected. Nor is it that complimentary to her. 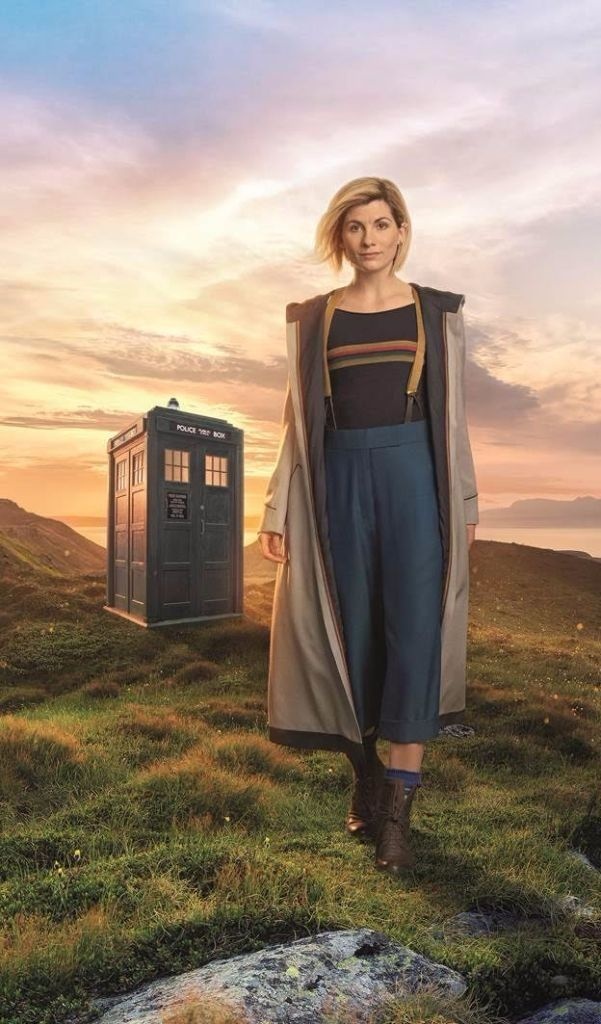 Doctor Who has drifted a bit in the ratings recently. This is not really due to poor acting, especially in the tenth series as both Peter Capaldi and Pearl Mackie were generally excellent in the last series, with Capaldi finally really coming into his own - just in time to die - but poor scripts and writing (which includes those written by Chibnall himself; many of his were definitely not fan favourites) have harmed ratings. Sometimes things that were simply so complicated or obscure that even long time fans didn't always spot them. Easter eggs are fine but you can go too far.

This has resulted in suggestions that the change has been done to try and give the show a ratings boost. This is something that might be a factor, but it shouldn't be a deciding one; doing something for shock value is unlikely to have a long-term benefit. 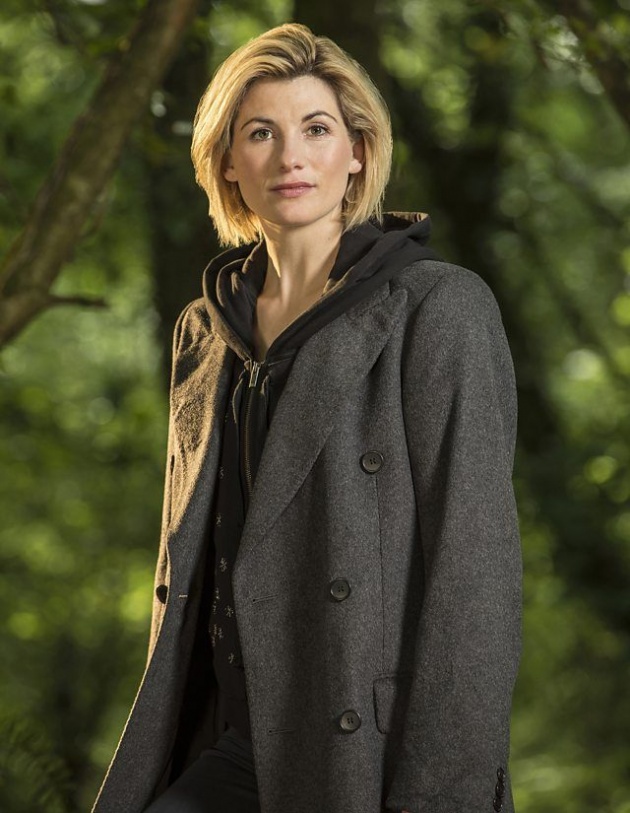 It is undoubtedly going to be difficult for Jodie Whittaker to become a success as the Thirteenth Doctor, more than any man (and many women would say this is always the case, with a fair degree of justification) and she is going to be far more dependent on good scripts.

There will probably be a spike in interest in the show to start with, with the novelty of a woman Doctor, but a fair percentage of old fans of the show are extremely unhappy over the change, perhaps unhappy enough to stop watching, and these are the hard core of the viewers - and they aren't all male. Such a spike can always die back again just as quickly. The ratings need to show that the show is managing to attract new fans whilst keeping the old. Whether this is because the change is a success or because fans are simply looking forward to the point when the Thirteenth Doctor is replaced is a different matter.

There is a high probability at the moment that the Thirteenth Doctor could be one of the shortest lived of the main Doctors (which excludes the Eighth and the War Doctors), perhaps only slightly longer-lived than the Ninth (by virtue of the latter never appearing in a Christmas special). 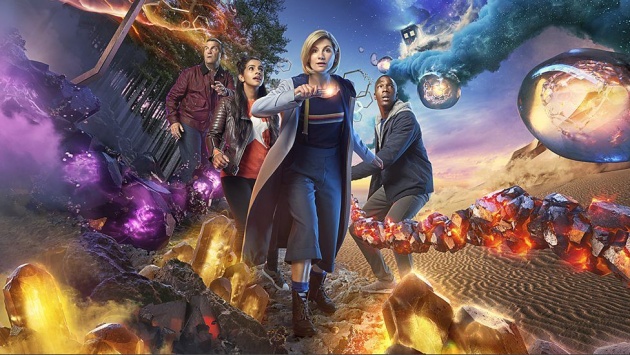 Chibnall needs his change to be a fairly significant success; merely maintaining the same viewing figures as Peter Capaldi will probably not be enough to prove that this is a successful experiment - it will certainly lead to comments that, if a better choice had been made for the Thirteenth Doctor, ratings could have improved. Should they actually dip below his, this change may even put the entire new series at risk. 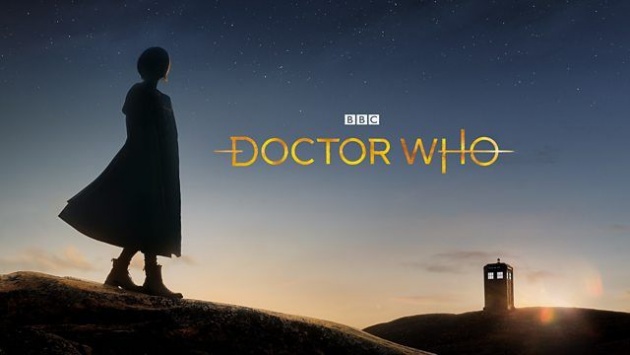 Lack of Confidence on the Part of the BBC?

The BBC has decided to move the new season from its traditional Saturday night slot to Sunday instead. What this means isn't certain, but the new series has always been shown on a Saturday and the classic series was as well, until close to the very end when it was moved in a weekday evening slot. In the latter case, it appeared to be a deliberate attempt to kill off the series, due to the head of the BBC at that time hating it. This move might mean that the BBC doesn't have as much confidence in the change as they did when it was first announced.

I am obsessed with more than a couple of series. Too bad I dont really have too much free time on my…

Looking for something new to watch this summer? I've got you covered! Here are the top 3 NEW upcomin…

Doctor Who is on its Way

Rejoice my fellow Whovians! The BBC has confirmed that Doctor Who series 8 will air this August! Wat…

NOTICE: to watch the trailer click on the below image of David Tennant Last summer ITV's riveting d…