Iran's President Hassan Rouhani says that progress made in nuclear talks means a final deal can be reached.

"There is nothing that cannot be resolved," although some differences still remain, Iranian state media quoted him as saying.

US Secretary of State John Kerry also said that "substantial progress" had been made in the talks.

Six world powers are negotiating a deal with Iran aimed at limiting its nuclear activity, with a late March deadline.

Iran insists its nuclear programme is for peaceful purposes but world powers fear it has military ambitions.

Mr Rouhani said that in the current round of talks in Lausanne, Switzerland, "shared points of view emerged in some of the areas where there had been a difference of opinion".

They could become "a foundation for a final agreement", he said, according to state news agency Irna.

Speaking separately in Lausanne, Mr Kerry said "genuine progress" had been made, although "important gaps" remained.

Both sides had "kept the commitments we have made in the joint plan [the interim deal agreed in November 2013] and we have all lived up to our obligations", he said.

The US wanted "a comprehensive and durable agreement... whose implementation is not based on trust, but based on intensive verification".

Mr Kerry also said that "fundamental decisions have to be made... they need to be made now."

Iran has been in talks with the so-called P5+1 - the US, UK, France, China and Russia plus Germany - who want it to scale back sensitive nuclear activities to ensure that it cannot develop a nuclear weapon.

In return, the world powers have offered to lift sanctions that have crippled Iran's economy.

Both sides have set themselves deadlines of 31 March for a political framework agreement and 30 June for a final deal.

President Obama: "Together, we have to speak up for the future we seek"

According to unnamed officials talking to the Associated Press news agency, the deal being discussed would commit Tehran to a 40% cut in the number of machines it could use to make an atomic bomb.

In return, economic sanctions would be eased and a UN embargo on conventional arms would be partially lifted.

On Friday, US President Barack Obama said in a video message to the Iranian people that there was "an historic opportunity to resolve this issue peacefully".

But in a reminder of more hardline attitudes within the Iranian leadership, Supreme Leader Ayatollah Ali Khamenei warned against submitting to foreign demands in order to achieve economic growth.

"Basically, what he says in his message is that you must accept the terms we dictate in the nuclear talks so that jobs, investment and economic activities will blossom in your country... this view will never lead to any conclusions for us."

Sticking points in the nuclear talks are thought to include the pace at which sanctions would be lifted, how long the deal will last and how much of Iran's nuclear facilities will be open to inspection.

Talks are expected to resume in Switzerland next week, probably Thursday, once Mr Kerry has been to London and Washington to brief officials.

The French are reported to be pursuing a tougher line towards Tehran, but Mr Kerry sought to play down suggestions of differences between the French and US approaches, stressing there was unity and that Washington was not rushing towards an accord.

The French ambassador in Washington, Gerard Araud, had earlier tweeted that making the end of March an absolute deadline was "dangerous".

The United Nations Security Council has adopted six resolutions since 2006 requiring Iran to stop enriching uranium, with sanctions to persuade Iran to comply.

The US and EU have imposed additional sanctions on Iranian oil exports and banks since 2012, hitting Iran's oil revenue badly. 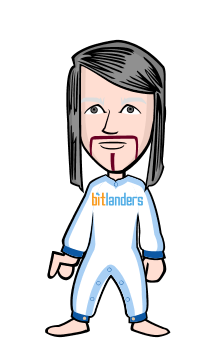 There are ‘limits’ to freedom of speech: Pope

Pope Francis on Thursday condemned killing in Gods name but warned religion could not be insulted, w…

Too frequently, leaders become hostages, rather than shapers, of their sociopolitical environment. T…

Nothing to do with Bangladesh's internal affairs: India

India has no role to play in tackling internal affairs of Bangladesh, and it is the government and t…