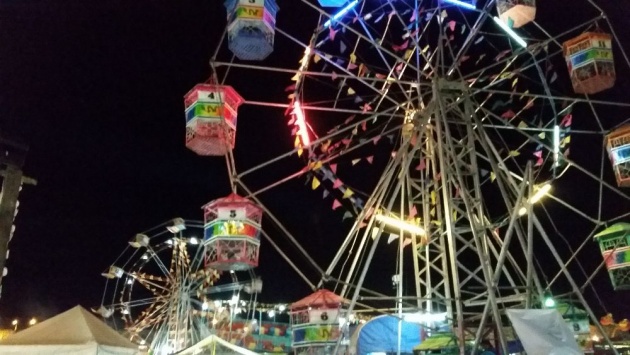 South Road Property of Cebu had become abundantly exciting due to this new amusement park created for fun purposes. It has become a destination for those adventurous Cebuanos and even those who just want to explore the city. The Bisaya term “Kasadya” means happiness or fun, something which is positive and vibrant as the place itself is offering you fun and enjoyment, it’s just that you have to pay for it first.

My boyfriend and I had never let this just slip away without experiencing the fun as well. Actually, we are not into riding those heart jumping and nerve wrecking kinds of rides instead, we are just happy sight seeing those activities, seeing families together warms our hearts, seeing kids playing in the bump cars area and parents laughing hard that their kid was unable to get out of those group of cars bumped each other, lovers and couples having a good romantic time in the Ferris wheel or those friends who are shouting their hearts out in the Pirate Ride. We are both okay with that kind of view.

Here's a video for the bump cars:

I was really glad seeing this cable ride too:

I got really scared with this one down here because the seats doesn't have any safety belts yet the speed was really fast:

The only important to us is that we are able to enjoy the view together and we laugh at those silly partners playing those games of luck and just laughing even though they were unable to win the price of a bottle of liquor, I guess they had already spent more than the price of one bottle but the important thing was that they had fun. We spotted a father and a son as well happily driving this little duck boat in an area filled with water. But the most exciting thing which we had experienced there was the Wall of Death.

As mentioned earlier in this article, we had no plans of riding anything but then when we passed by this Wall of Death area and noticed a sound of like a motorcycle getting pre-heated by the rider for his stunt, we didn’t doubt to go into the said booth. We paid forty pesos for us to see the show and it was really satisfying. I almost had an attack, the story was that this rider will ride on the motorcycle and will run it through the walls. I can’t really explain it clearly here, so you better just watch this video:

I definitely apologize for the added noise on that video but as I have said, it was the only booth we had went into and that already made our night more complete!

It was already late yet the people are still coming in, I guess they had planned to go there very late and although we love to check on other rides, we have to go home as we still have work on the next day. Here are some other photos of the place: 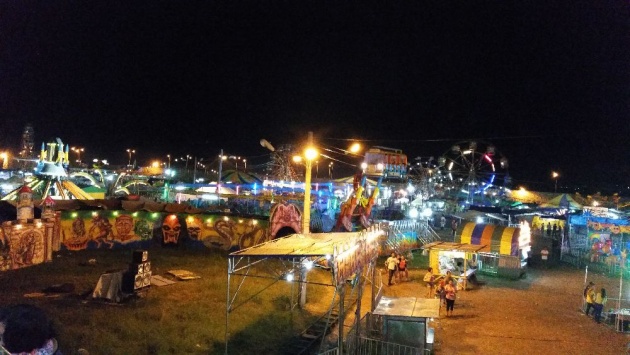 This was the area for the horror booth, it's like a tunnel, people will be sitting in something similar to a roller coaster and while moving, certain the excitement comes in front of them. The tunnel was totally dark and that there are white ladies inside, some vampires and a lot more just to scare the riders. 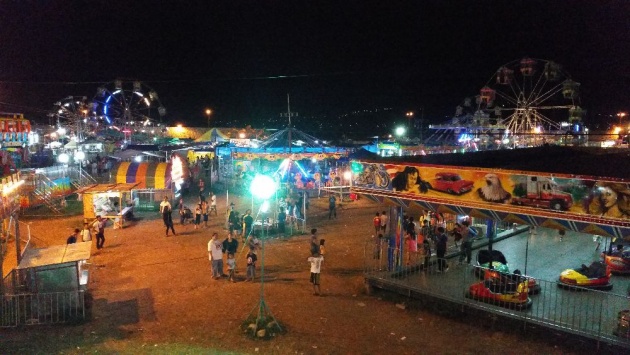 This one up here is a wider view of the area, it shows the Ferris wheels, there's the bump cars area on the right side and other rides from the distant.

The Kasadya sa SRP will continue it’s business until the end of the Sinulog Festival event.