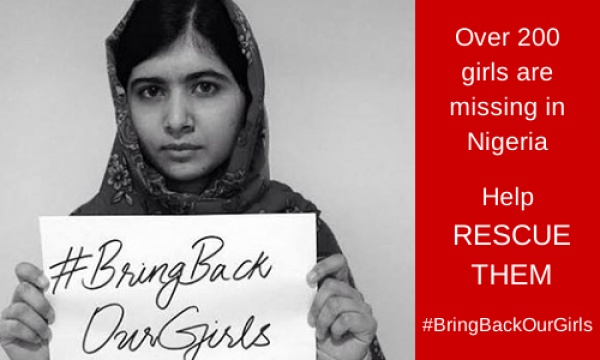 On the night of April 14, 2014, in the town of Chibok in Borno State, Nigeria, 274 female students were kidnapped from the Government Secondary School by terrorist organization Boko Haram. Boko Haram is based in northeast Nigeria, and has been singling out schools in Nigeria and killing hundreds of students since early 2010. The Nigerian government In May of 2013, the federal government declared a state of emergency in Borno State to help fight against the Boko Haram terrorist organization. This decision has lead to the capture and killing of many Boko Haram members, while forcing remaining members to flee into distant areas.

Boko Haram has been increasingly aggressive since the beginning of 2014. In 2014 alone, Boko Haram is said to be responsible for approximately 4,000 deaths. The terrorist organization has been able to strengthen as a result of training from al-Qaeda. Boko Haram is opposed to the westernization of Nigeria - specifically the education of women in Nigeria. 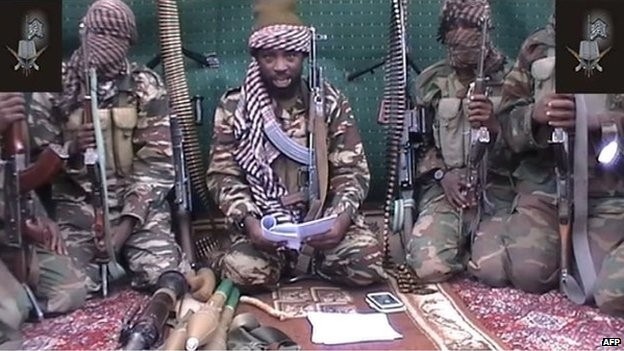 The above image captures the leader of Boko Haram, the terrorist organization that kidnapped the girls in Nigeria.

The terrorist organization broke into the school disguised and pretending to be guards, commanding the girls to get up and go with them. Many of the girls were taken away in trucks while other members of Boko Haram torched houses in Chibok, burning them to the ground and causing more devastation. Surprisingly, the school had been shut down over a month prior to the event as a result of poor security, but students from various schools had been summoned to take final exams at the Government Secondary School.

Recent reports by the Nigerian government state that over 200 of the kidnapped girls kidnapped still remain missing. Reports confirm that 276 girls were taken by Boko Haram - with 57 of the girls escaping either during the incident or soon after. Eye witnesses state that the girls have been seen crossing borders of Chad and Cameroon, with sightings of the girls with militants. On May 5th, Boko Haram released a video claiming to be responsible for the kidnappings.

The leader of Boko Haram states that the girls should not have been in school, but should be married. He also stated that "Alah has commanded him to sell the girls", and therefore he will obey these orders. The girls are being forced to accept Islam as a religion and are being sold to Boko Haram members as brides for $12.50 USD. Recent reports state that the Nigerian government had 4 hours notice of the attack, but were unable to extend the proper reinforcements in time before the attack. 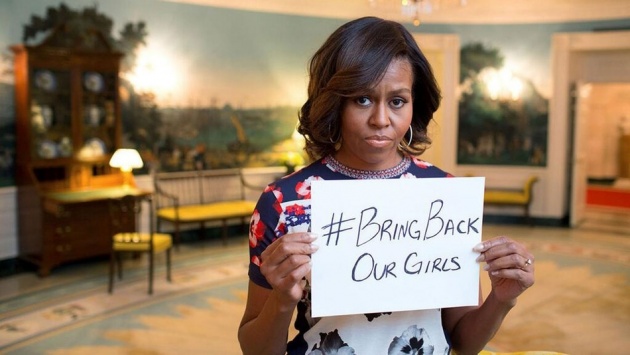 The above image is Michelle Obama holding a #BringBackOurGirls sign in support of the online campaign.

In an attempt to create international support, the online campaign #BringBackOurGirls has been traveling through social media platforms, and has also gained the support of many celebrities and politicians, including P. Diddy and Michelle Obama. However, in a recent Boko Haram video, the leader mocks the social media campaign and states "Bring Back Our Army" in attempt to have Boko Haram prisoners released from Nigerian prisons.

Please subscribe to Greater-Tomorrow on Film Annex for more updates & stories in #AfricaNews!