Type theory
Compiler design
Programming languages
Formal methods[edit]
Main article: Formal methods
Formal methods are a particular kind of mathematically based technique for the specification, development and verification of software and hardware systems. The use of formal methods for software and hardware design is motivated by the expectation that, as in other engineering disciplines, performing appropriate mathematical analysis can contribute to the reliability and robustness of a design. They form an important theoretical underpinning for software engineering, especially where safety or security is involved. Formal methods are a useful adjunct to software testing since they help avoid errors and can also give a framework for testing. For industrial use, tool support is required. However, the high cost of using formal methods means that they are usually only used in the development of high-integrity and life-critical systems, where safety or security is of utmost importance. Formal methods are best described as the application of a fairly broad variety of theoretical computer science fundamentals, in particular logic calculi, formal languages, automata theory, and program semantics, but also type systems and algebraic data types to problems in software and hardware specification and verification.

Artificial intelligence[edit]
Main article: Artificial intelligence
Artificial intelligence (AI) aims to or is required to synthesise goal-orientated processes such as problem-solving, decision-making, environmental adaptation, learning and communication found in humans and animals. From its origins in cybernetics and in the Dartmouth Conference (1956), artificial intelligence research has been necessarily cross-disciplinary, drawing on areas of expertise such as applied mathematics, symbolic logic, semiotics, electrical engineering, philosophy of mind, neurophysiology, and social intelligence. AI is associated in the popular mind with robotic development, but the main field of practical application has been as an embedded component in areas of software development, which require computational understanding. The starting-point in the late 1940s was Alan Turing's question "Can computers think?", and the question remains effectively unanswered although the Turing test is still used to assess computer output on the scale of human intelligence. But the automation of evaluative and predictive tasks has been increasingly successful as a substitute for human monitoring and intervention in domains of computer application involving complex real-world data.

Computer security and cryptography[edit]
Main articles: Computer security and Cryptography
Computer security is a branch of computer technology, whose objective includes protection of information from unauthorized access, disruption, or modification while maintaining the accessibility and usability of the system for its intended users. Cryptography is the practice and study of hiding (encryption) and therefore deciphering (decryption) information. Modern cryptography is largely related to computer science, for many encryption and decryption algorithms are based on their computational complexity.

Computational science[edit]
Computational science (or scientific computing) is the field of study concerned with constructing mathematical models and quantitative analysis techniques and using computers to analyze and solve scientific problems. In practical use, it is typically the application of computer simulation and other forms of computation to problems in various scientific disciplines.

Concurrent, parallel and distributed systems[edit]
Main articles: Concurrency (computer science) and Distributed computing
Concurrency is a property of systems in which several computations are executing simultaneously, and potentially interacting with each other. A number of mathematical models have been developed for general concurrent computation including Petri nets, process calculi and the Parallel Random Access Machine model. A distributed system extends the idea of concurrency onto multiple computers connected through a network. Computers within the same distributed system have their own private memory, and information is often exchanged among themselves to achieve a common goal.

Gottfried Wilhelm Leibniz's, George Boole's, Alan Turing's, Claude Shannon's, and Samuel Morse's insight: there are only two objects that a computer has to deal with in order to represent "anything".
All the information about any computable problem can be represented using only 0 and 1 (or any other bistable pair that can flip-flop between two easily distinguishable states, such as "on/off", "magnetized/de-magnetized", "high-voltage/low-voltage", etc.).
See also: Digital physics
Alan Turing's insight: there are only five actions that a computer has to perform in order to do "anything".
Every algorithm can be expressed in a language for a computer consisting of only five basic instructions:move left one location;
move right one location;
read symbol at current location;
print 0 at current location;
print 1 at current location.
See also: Turing machine
Corrado Böhm and Giuseppe Jacopini's insight: there are only three ways of combining these actions (into more complex ones) that are needed in order for a computer to do "anything".
Only three rules are needed to combine any set of basic instructions into more complex ones:sequence: first do this, then do that;
selection: IF such-and-such is the case, THEN do this, ELSE do that;
repetition: WHILE such-and-such is the case DO this.
Note that the three rules of Boehm's and Jacopini's insight can be further simplified with the use of goto (which means it is more elementary than structured programming).
See also: Elementary function arithmetic § Friedman's grand conjecture 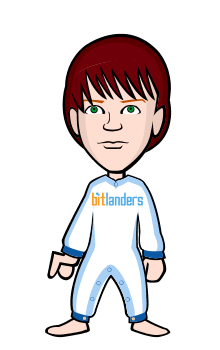