KYLE Behind the scenes...

As a filmmaker I'm always interested in how other people have made their films, whether looking for tips, ideas, inspiration or just pure comparison I think it's always good to keep an open mind to the workflow of others. So, I thought I'd give an insight into my short film KYLE which won War of Films just over a year ago.

Back in 2007, my 1st couple of years studying and making films lacked personal touch. I couldn't really figure out why the films I produced at the time weren't impressing me, I had zero attachment and barely a thread of enthusiasm for getting them 'out there'...it wasn't until my final year of study that I actually sussed out why...

After stressing beyond belief and knocking myself down because I couldn't come up with an idea for my next film, I went right back to the basics and asked myself some questions.

As patronising as it might sound, asking myself these questions helped like I never would have imagined.

A few months down the line came NOTICE. A gritty and simple little film that explored a growing relationship between two opposing characters. 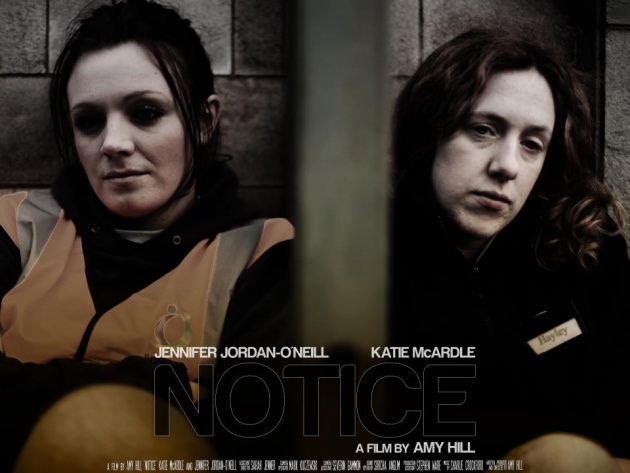 NOTICE gave me the 'buzz', that little tummy flutter that I knew was a good sign. It meant I had finally pinpointed my style as a filmmaker.

I learnt that I liked layered characters, I liked hidden/deeper meanings, I liked conversations and I especially liked grit!

With this formula to hand, I wanted to make another film with similar themes but in more challenging circumstances. A test to myself that NOTICE wasn't just a personal 'one hit wonder'....

And I have to admit, coming up with the story for KYLE was an absolute nightmare.

Cooping myself up in a room with a blank word document and zero inspiration other than the ghost of my last film certainly didn't help.

I jotted down some random scene ideas but refused to pursue anything that failed to give me that 'buzz'. And with every failed attempt I sunk even further into thinking 'you're a one hit wonder Amy....' it was a motivational killer.

Several weeks past and I STILL hadn't got anything solid. By this point other class mates were planning shoot dates, casting roles and submitting final drafts, I felt like crying.

One afternoon a good friend of mine told me to get out of bed and go for a walk, so I did.

And within 20minutes I had an idea with enough juice and buzz to keep me hooked! I couldn't believe it!

I bolted home and scribbled down everything floating inside my head.

AWESOME! So, I had something to work off but how did I want to challenge myself?

At this point, I became quite methodical.

Looking back at NOTICE, I knew I'd played it pretty safe. 2 locations within close proximity, a story purely driven by conversation and a tidy 2 day shoot....I needed to scare myself, drop myself in the deep end.

How about a one day shoot? With animals? How about I throw an actor in a lake? And use numerous locations? - Writing those logistics scare me even now but that's what I aimed for.

After several pub meetings with my fellow filmmaking buddy, Sorcha Anglim, we had ripped each others script apart, cut out the crap and filled it with goodness...it was time to get the ball rolling.

My main concern was actors.

I was so so lucky to have had a great cast for NOTICE. Two girls that were very good mates and had acted together numerous times, it was clear to see that they were comfortable and at ease with each other...to me, that was the most important element I needed to remember for casting KYLE, so I made it my 1st priority.

Casting Stacey was a breeze. I met Leila on a shoot a few months before and I thought she was brilliant. I only ever saw her when writing Stacey's character and luckily she was free. 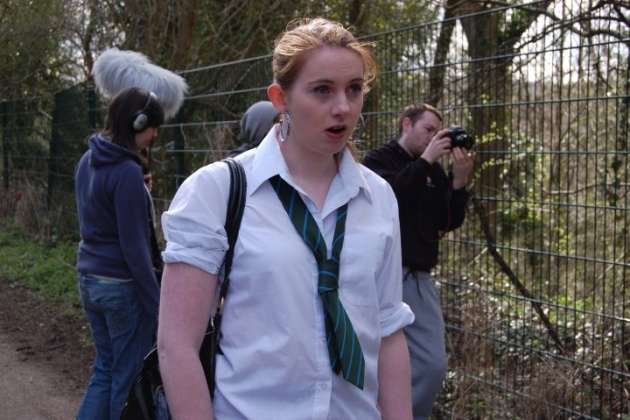 Kyle however was difficult. I needed someone both eccentric and innocent. Someone that was both annoying yet likeable....I needed a Kyle!

After auditioning a couple of lads, I wasn't happy. They were good but perhaps tried too hard.

And then came Rick. He sent me a profile photo of himself after it looked like he'd ruffled his hair into a cute mess...I immediately liked him. During the audition it took just a few pointers to get him to become Kyle and I was chuffed! 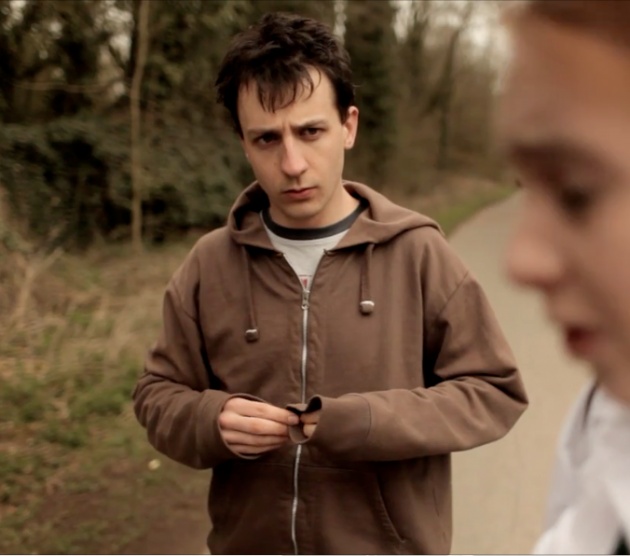 I wanted to cast as soon as possible so I could get my actors interacting with each other weeks before the actual shoot. I wanted them to get to a position of total ease and encouraged that they talked on the phone and communicated their roles as much as possible.

When we all finally met together, they were like life-long mates and it made such a massive difference on shoot.

I gave myself a 2 day filming allowance.

Day One would be a rehearsal of the whole film - a complete run through of the script on location, with a strong analysis of acting and camera positions. Any suggestions from cast or crew would be discussed that night.

I was nervous as hell.

It worked a treat!

We filmed every scene in order, packed up and moved on to the next location.

The most difficult scene was the horses.

I hadn't arranged anything...I just hoped that they were there.(If that's not dropping myself in the deep end, I don't know what the hell is!) After 2 bags of apples, lots of stroking and 45minutes of 'cooing' the horses finally got used to us and we got a great little scene! 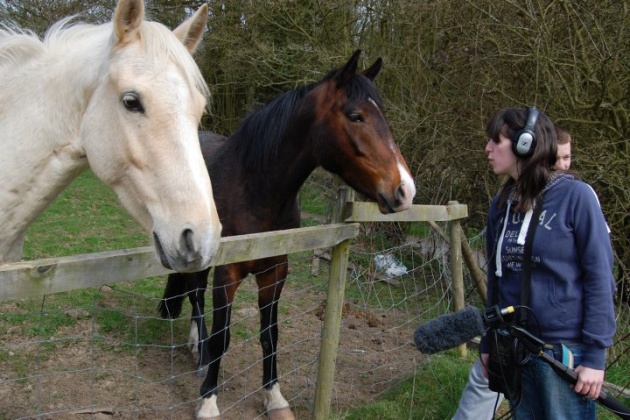 The most nerve-racking of scenes was throwing Leila in the lake. This was going to have to be one shot...and one shot only. It was the end of the day, we were due to go home that night and there was no way there would be enough light to get dry and reshoot.

After a small run through, I grit my teeth, crossed my fingers and my legs and watched Rick pick up Leila, carry her to the water and chuck her in.

It was AMAZING! (There were actually fishermen along the side who were absolutely baffled....) 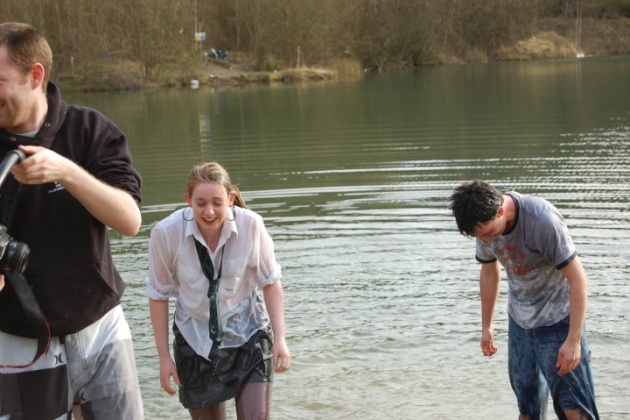 The final scene was a breeze and after we got home I collapsed on my sofa with relief....

I knew there was a long way to go before the film was done but the day went brilliantly...

So, like I said, whether you're looking for tips, ideas, inspiration or just pure comparison I hope this has given you a little insight into one filmmakers workflow.

Don't lock yourself away with a blank screen and stare into space...get out and do something! Ideas come when you're relaxed and open minded...

Ask yourself what you like to watch. It might feel stupid but you can guarantee your style is going to reflect the works of those you enjoy watching...so go study them.

Challenge yourself. Drop yourself in the s*** and reap the benefits.

When casting, imagine that you're not looking for actors, you're looking for the real person who likes acting.

And last but not least, enjoy it :) 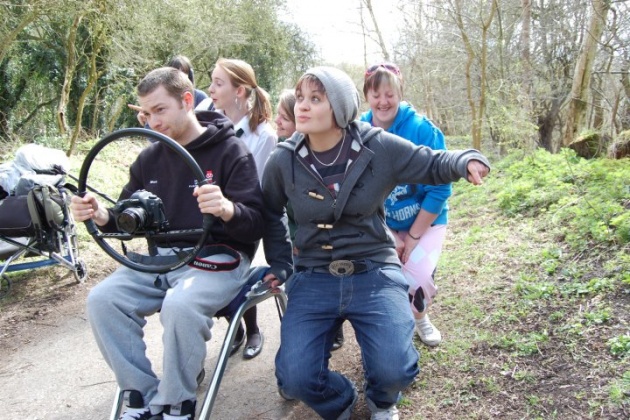