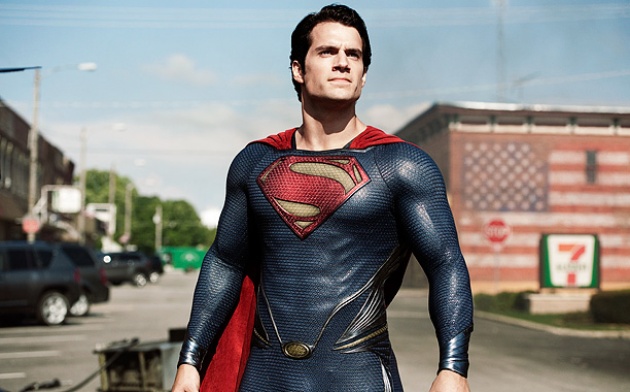 "Man of Steel" vanquished competition with $113 million to come out as the No. 1 movie in America and the world! Add $12 million from Thursday screenings and Zack Snyder's reboot of our favorite superhero had a domestic total of $125 million.

The film, starring Henry Cavill as Superman, Amy Adams as Lois Lane, Russell Crowe as Jor-El, Diane Lane and Kevin Costner as Ma and Pa Kent, and Michael Shannon as the big bad General Zod, also flew on top of the international market with $71.6 million showing in 24 territories including the Philippines, India, Malaysia, and the United Kingdom. "Man of Steel" is set to get more international markets next week when it opens in 27 more territories including Russia and China.

Another big movie that opened last weekend was Seth Rogen's Hollywood apocalyptic comedy "This is the End." Starring Rogen, James Franco, and Jonah Hill as versions of themselves, "This is the End" debuted with $20.5 million with a domestic total of $32.8 million since opening last Wednesday.

Meanwhile, Summit's "Now You See Me" continued to dazzle at the box-office. The magician crime thriller placed at No.3 with $10.3 million for a box-office total of $80 million. Universal's "Fast & Furious 6" was at No. 4 with $9.4 million and "The Purge" landed in the fifth spot with $8.2 million.

So "Man of Steel" dominated the box-office, so here's the big question -- will we finally see more DC movies? Perhaps a "Justice League" flick? Maybe "Wonder Woman?" According to Snyder when I interviewed him for "Man of Steel," he said, if the film do good business, we may see some trickle down effect. And we just might!

Here's the Top 10 box-office films for the weekend of June 14th:

Do you love to cook? Are you passionate about food? Well then it's time to watch this movie! Note: S…