Do you love to cook? Are you passionate about food? Well then it's time to watch this movie! 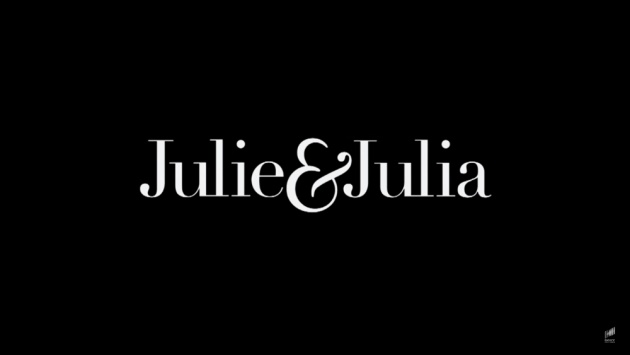 Julia is an American chef known for popularizing French cuisine in America. She also had a television show and a popular cookbook too.

Julie worked as an American call center agent who then started a blog on cooking Julia Child's recipes from the famed cookbook.

Julia's husband is an American diplomat, a civil servant who was also an exhibits officer. 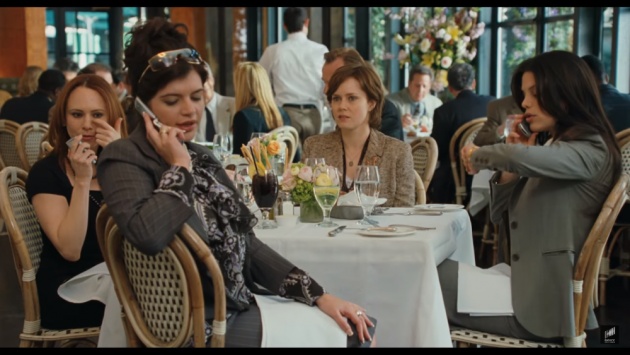 Julie Powell works at a call center while her friends are all already established and successful at around 30 years old. She decides that she will do something with her life too after one of the so called friends included her in an article about people in their 30s. The article depicted her negatively and thus Julie decided to write a blog of her own like the "friend" who wrote about her.

She is not a chef but she enjoys cooking after a stressful day at work. With her husband's support and being a frustrated writer, she decides to start a blog. It was about cooking her way into Julia Child's French cuisine cookbook in just one year. 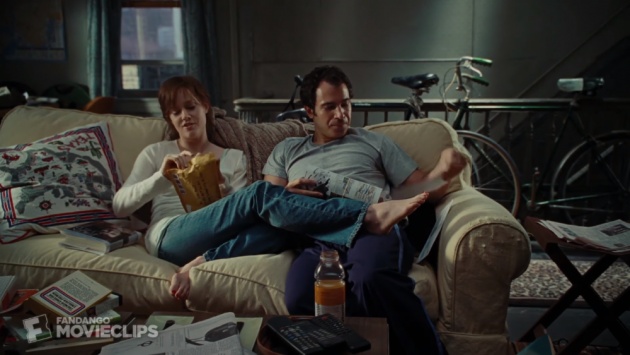 At first she didn't have any blog readers but eventually her blog became known to many. Soon enough she was getting interviews and even fan mail! She even almost got to serve food to a known person in the food industry. Unfortunately that person wasn't able to come after Julie made a great effort to cook one of the recipes from Julia's book.

Also, Julie idolized Julia and idealized her into this perfect person and chef/cook. She also thought of her husband as a saint for bearing with her self-absorption with her pet project. Eventually she also began having marriage issues but her husband Eric still supported her blogging and cooking endeavors.  Soon enough even Julia Child learned of her but her comment about Julie's blog implied she didn't like it. 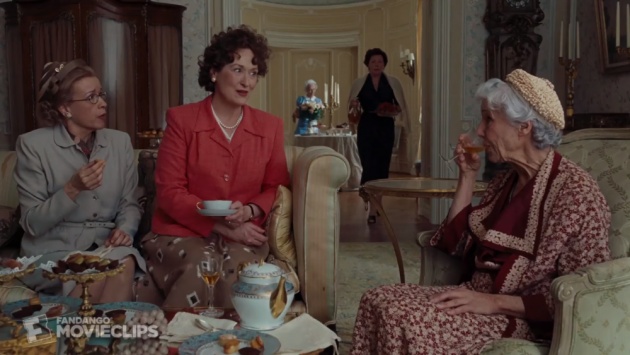 While we watch the story of Julie, we also see bits and pieces of Julia's life story several decades earlier. How the latter loved France and her struggles to learn how to cook French food well. Soon she was into teaching Americans in France on how to cook, shortly after graduating from a famous cooking school. Next she was writing parts of a cookbook and then collaborating with two French female chefs too.

It was a long process over many years before the famed cookbook got published, thanks to Julia's penpal. As for Julie, she finished all the recipes in Julia's cookbook which had brought her recognition with a wide audience even before her blogging/cooking journey ended.

Obviously since I am a Filipino, I have never heard of Julia Child. Growing up I remember watching Wok with Yan and drooling over the cooked meals they share with some of the people in the audience. I also learned about a famous Filipina chef Nora Daza because she was on the local television and media. My mom used Nora's cookbook which she referred to when cooking meals for us many years ago. Thus I also liked looking at recipes and writing stuff on the cookbook as a child. Haha.

Understandably, the story of someone admiring a famous chef would not be foreign in America too. Not everyone learns how to cook amazing food without using any recipe from anybody. Watching Julie & Julia thus is quite refreshing indeed as it tells us about two women's journey into being an author and cooking French food. 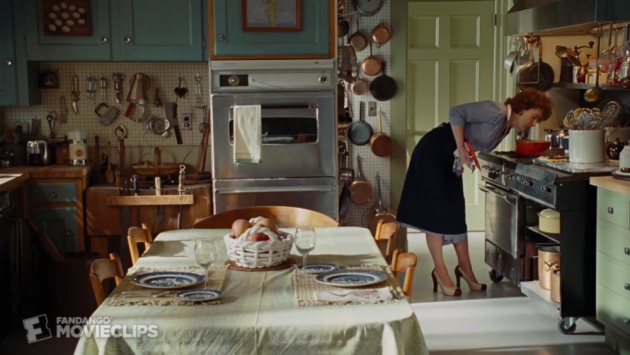 Julie & Julia's story is not too heartwarming or exciting for me. I mean, it's mainly a tale of food and cooking and the journey to be a published author but that's it. I love to eat too but I'm not a fancy eater. I'm not into cooking complicated food either. It's not exactly a mismatch movie for me but I enjoyed Chef and Ratatouille more than this film.

The characters and the story are well thought out. It really feels as if we know them. I'm sure anyone who loves to write and/or cook can relate to Julie and Julia so this makes it an exceptional film.

Of course learning about a famous American female chef is a good thing too. At least now I know who Julia Child is as it is partly based on her life story. It also shows how much Paul loves Julia and is also supportive of her during those times when women didn't have much rights. Watching it is entertaining enough but the best part of all of this is learning it was written, directed and produced by a woman too: Nora Ephron.

When it comes to Bitlanders' women empowerment  writing theme, I agree that this movie is definitely  empowering for women. Let me expound in three points:

First, because the late Nora Ephron had three roles (or more?) in creating Julie & Julia. That's such an achievement! Bringing the story of two women, struggling to be successful, to a wider audience is no easy feat I'm sure. Clearly Ms. Ephron knew her material all too well. I only know of a few women who have done such several times like her. The film shows being famous or successful is not as easy as everyone thinks it should be. Everybody starts somewhere. And so she clearly is an inspiration to all women planning on breaking into a screenwriting, directing and/or producing career anywhere in the world.

Second, because the film shows how through a woman's perseverance and consistency, one can be good at what we are doing. Actually it doesn't matter if one is a man or a woman. Regularly doing anything will make us learn things and develop our abilities further. 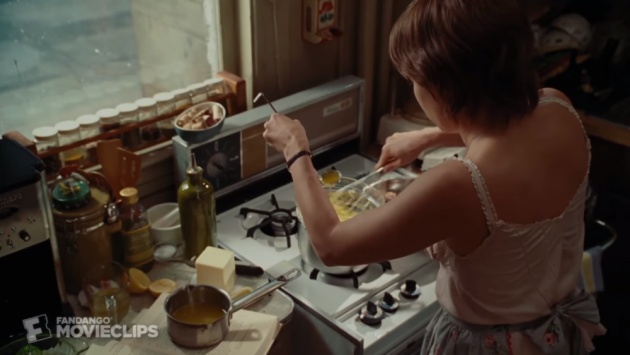 For Julie, her dream of being a published author came true because she wrote a daily blog on cooking Julia's famed French food recipes. If you can't do it one way, find another way! For Julia, having the passion for what you do can surely help someone continue and finish something, like a cookbook unlike any other.

Third, it clearly shows all three of the empowering recipes being met: resources, agency and achievements of the three women. Each of them used the available resources and opportunities they have to their advantage. Nora used several book materials and made use of media to bring this good project to life. Julie used Julia's book as a source of inspiration, blogged on the internet and became a published author because of it. Julia was able to study in a top French cooking school with all male student classmates. She persevered until she graduated, had Paul's support and became friends with fellow women chefs. 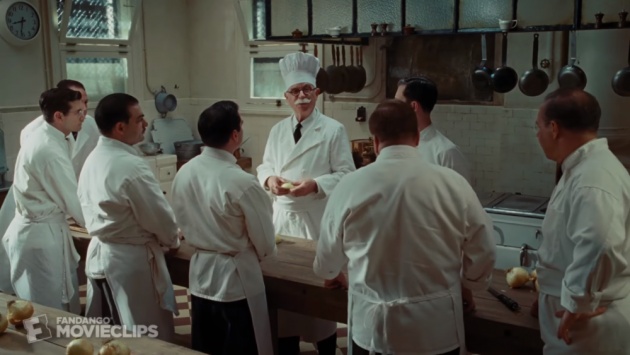 I think Meryl and Amy are perfect in the roles they played. Meryl won several best actress awards from this movie alone. Seeing a younger Amy Adams after watching Arrival was also great. I have never seen this movie before. I had plans of seeing it since it was released and the other night was that opportune time. :) 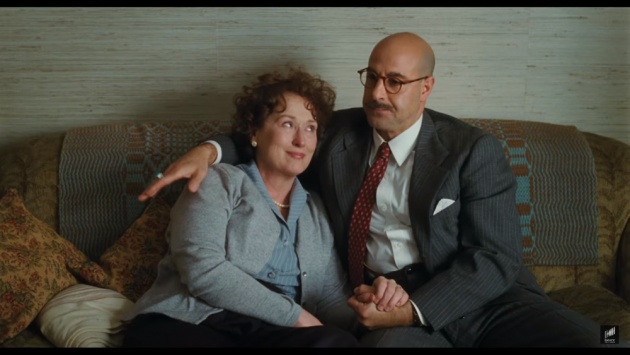 The casting is excellent, they were all definitely in character. The only flaw for me was seeing Stanley and Meryl as man and wife in the same movie after The Devil Wears Prada. It proved to be distracting seeing  "Miranda Priestly" kissing "Nigel". Lol. I love the latter movie. Oh I don't know how many times I watched it back then. I even bought and read the book!

But of course I applaud Meryl for being such a good actress. She is very Julia Child enough to me. Haha. Want to know what the real Julia is like? Watch this video.

Amy Adams is also very youthful in her portrayal of a 30 year old struggling woman. Nowadays 30s is the new 20s, even if some might not agree. Lol.

Since this is partly a period movie, surprisingly it didn't make me feel like I was watching one. Yes it had the charm of the old days and the set design during Julia's time in the late 1940s to early 1960s but that's about it. The film is really more on  two women's writing struggles and cooking food. Ah yes, the best props were all the food you see. Mmmm. 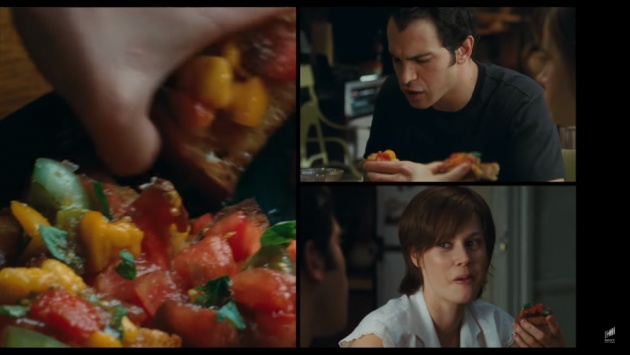 And also the kitchens, the pots and pans, etc., look almost perfect too. At several points every tool in the kitchen can be seen as well. My favorite are the copper colored pots. I just like how colorful they look hanging on the wall. Haha. Oh and I also love the fact that Julie gets fan mail with future cooking ingredients too!

Another thing I love about Julie & Julia is the use of old music. I like how music in the early 1900s sound. They are like the old OPM songs or kundiman I used to hear from AM radio stations as a child. They just sound fascinating to me. It's the only thing that stands out to me in the film in Julia's era.

Okay so my rating for this movie is as follows:

In total I rate it 8.66 out of 10 stars. I am okay with the movie but it's not a favorite at all. How about you? Did you thoroughly enjoy it? Share your thoughts in the comments!

For my other movie reviews and related blogs, click below:

Has anyone inspired you to do some things youre doing today? We all look up to someone, they influen…

Image Credit: dogomovies.com In the past century, the importance of women has taken for granted. Wom…