I reached this conclusion when I received a comment to one of my posts sharing my experience about how I am earning a steady income from cointellect bitcoin mining cloud hashing site, which involves downloading and installing mining software.

According to the commentator, he sounded interested to test the new earning source but the software downloading part scared him, but he is still considering joining the site when he becomes satisfied that the site in question is safe. It is clear that some downloads contain malicious malwares that can damage the system, or give away private information. Running the Microsoft essential to the cointellect software proved it threats-free.

Since most of the reviews about some earning sites are fake/paid reviews, I understand the dilemma of some online workers who are unsure of the trustworthiness of some sites which seem to have double-edged reviews in the sense that some users are posting about how they have personally benefited from the given site and thus recommending others to try it too.

On the other hand, the online world also contain some posts throwing mud at the same site, which may be true as to the experience of the post creator according to his unsuccessful experience with the site in question or it might be as a result of paid defamation of the site by the website business competitors offering similar services. This is normal in the cutthroat business competition and thus one has to make up his mind and make wise decisions. For you never know the opportunity before you that you are missing just out of the misleading information.

In the first place, I was wondering why very few readers to my reviews seemed interested in the opportunity that I felt was legit and reliable, even without monetary investment, as long as one can invite serious referrals whereby earning 10% affiliate commission on their total earnings.

I am sure that I made the right decision in joining cointellect and downloading and installing their software that so far is working without issues, earning me some income passively. 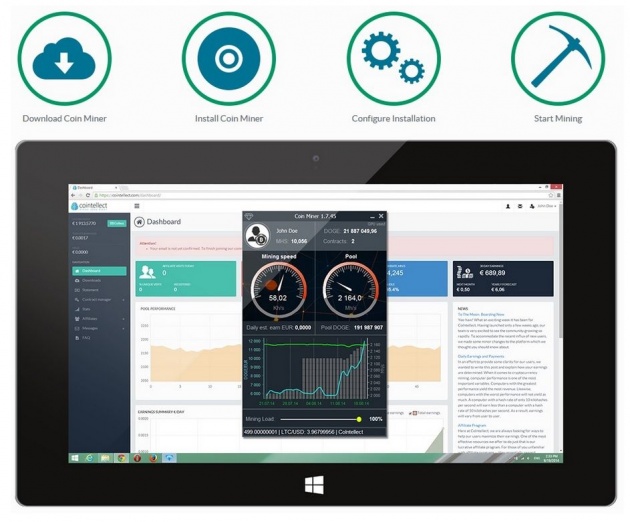