THE BIRTH OF A MONSTER STAR

Space is very fascinating and full of wonderful surprises. The most recent, a giant star which scientists coined, “monster star”, is forming inside a vast cloud of interstellar dust that has 500 times the mass of the sun.

The monster star’s baby photos were captured by a giant radio telescope in Chile of what will eventually be a colossal star 11,000 light-years from Earth, according to Clara Moskowitz,SPACE.com’s Assistant Managing Editor. It was discovered in Chile by astronomers using the Atacama Large Millimeter/ sub-millimeter array telescope otherwise known as ALMA. Scientists are literally observing the birth of a star, much larger than our very own sun. 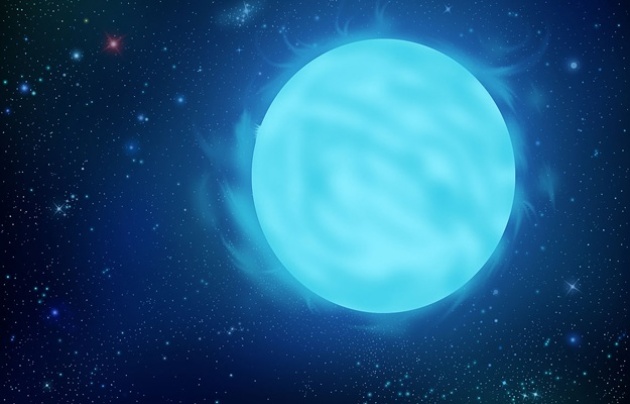 "The embryonic star within the cloud is hungrily feeding on material that is racing inwards," officials with European Southern Observatory, a partner in the ALMA telescope, explained in an announcement today (July 10, 2013). "The cloud is expected to give birth to a very brilliant star with up to 100 times the mass of the sun", according to Moskowitz. 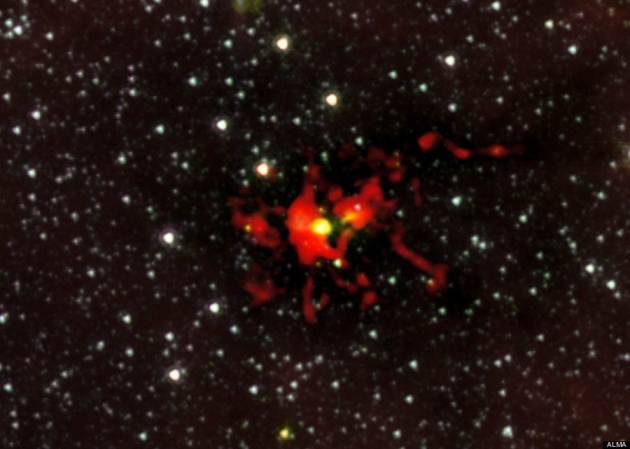 Scientists and Astronomers world-wide are experiencing a surge of excitement for such an event, that rarely occurs and few are able to witness. Moskowitz continues to say, “The cloud in the new study is called the Spitzer Dark Cloud (SDC) 335.579-0.292. The largest star expected to result there, with about 100 times the sun's mass, will be a very rare object: Only about one in ten thousand Milky Way stars become so large. Timing is everything, especially during an even so extraordinary as the creation of a monster star feeding and growing rapidly. This study will provide astronomers with more evidence to better understand the creation and destruction of stars.

"Not only are these stars rare, but their birth is extremely rapid and their childhood is short, so finding such a massive object so early in its evolution is a spectacular result," team member Gary Fuller of the University of Manchester in the U.K. said in a statement.

Just to emphasize Fuller’s statement, events such as these are truly remarkable, especially when they occur during our lifetime. Space is full of discoveries, many of which we are unaware and unable to explore due to our lack of the right tools. However, technology continues to expand our knowledge of the galaxy and will hopefully satisfy our thirst for discovery in the coming years.