Most popular superstitions and surprising behind them 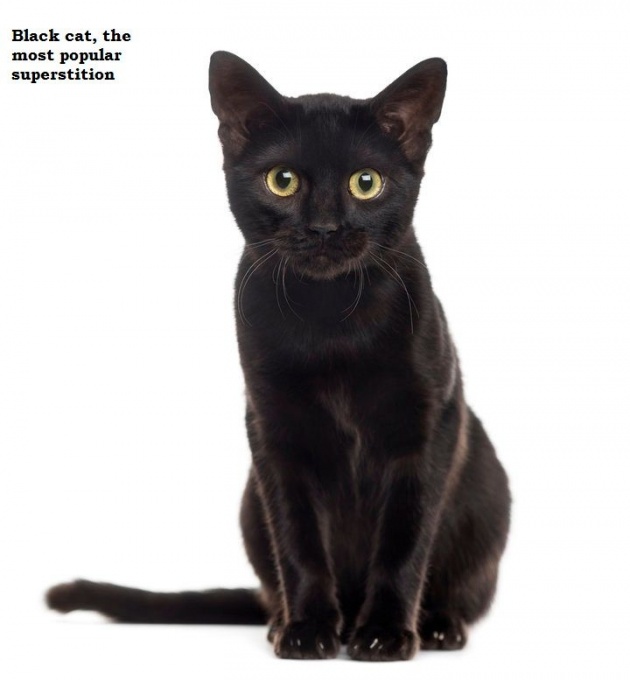 First  and definitely the most popular one is 'black cat'.  I need to tell that not every culture has feared the dark cats. In ancient Egypt all-black cat was considered as something what brings luck, because it is very rare. Cat were seen as some kind of protectors because they were hunting mice and rats. Cats were favorite pets of pharaohs in ancient Egypt. In Egypt punishment for killing a cat was death.

In medieval Europe situation was much different than in ancient Egypt. Black cats were seen as something evil. They were seen as pets of witches. During the witch hunt many women in Europe were burned, and most of them were older, skinny woman who owned a cat, usually black.

This superstition still exists in Europe and in United States. For example in some animal shelters and rescue groups is not allowed to adopt a black cat around Halloween. 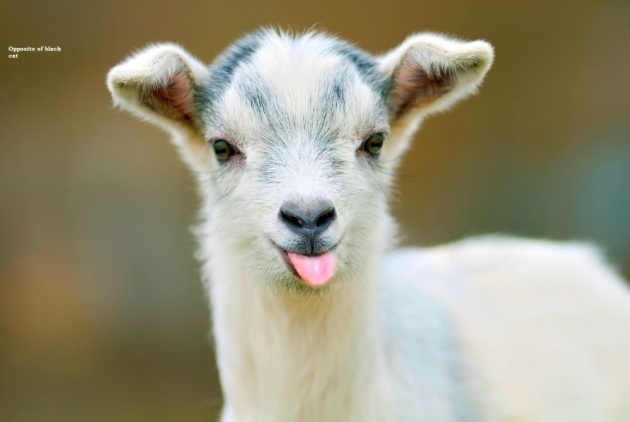 Walking under the ladders 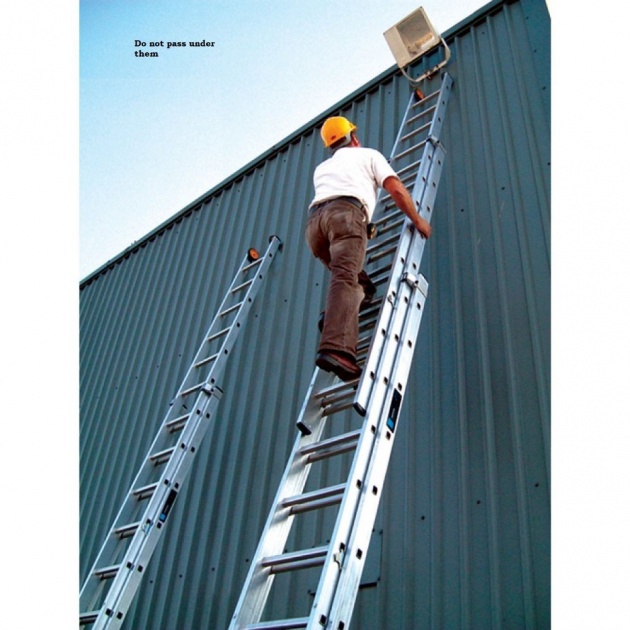 When people are working something above the ground, it is natural to think that they may drop something. So, when we see someone standing on the ladders we should not pass near to that ladders, we can accidentally pull something, and person on the ladders can fall down or drop something. Maybe this  actually is not a superstition?
It is logically?

No, the origin of this superstition is coming from ancient belief about sanctity of trinity. Ladders and wall are forming a shape of triangle. And triangle is one of the main symbols of Holy Trinity. If someone gets into that space, some supernatural forces will be disturbed. That can bring a lot of problems to life of person who passed under the ladders.

I personally prefer the logical explanation of this superstition. 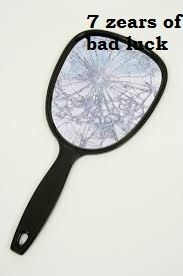 People believe that if we broke the mirror we are going to have a lot of accidents following seven years.  Actually this is one of those superstitions with some kind of logical explanation. In the past mirrors were very expensive, and only rich people could buy it,  and rich people are not cleaning their houses, they have maids. So, when maid breaks a mirror while she is cleaning it, she needs to pay it. And in the past maids were not paid well, so they had to work whole seven years to earn enough money to pay one mirror.
This superstition is one of those that are still very popular all around the world. 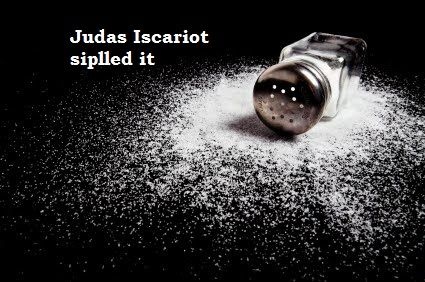 This is one is connected to Jesus Christ. People believe that Judas Iscariot spilled salt nigh before he betrayed Jesus. We can see that detail on one painting made by Leonardo da Vinci.
There is one more explanation for this superstition. In the past salt was very expensive and spilling it was bad. Many people could not buy it, and as you know everyone needs it.
That was the negative superstition about salt, but there is also one positive. If you throw a little bit of salt over your left shoulder, that will bring a bad luck away.

There is one similar superstition in Italy. Italian believe that if we spill olive oil we are going to have bad luck. In the past this product was luxury, and that is the root of this superstition.

Putting a piece of wedding cake under your pillow 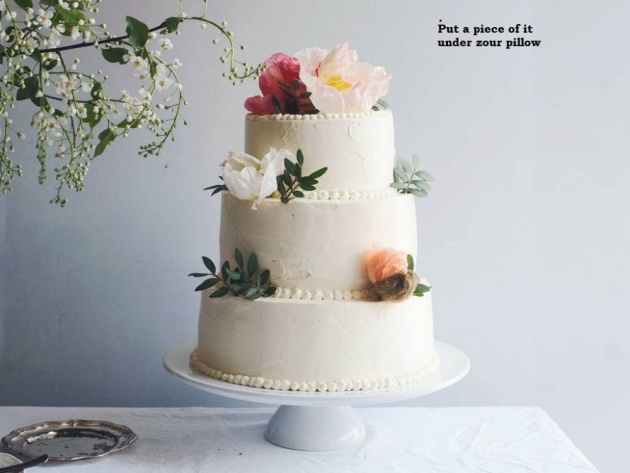 This was done by young girls in England during the 17th century. They believed that if a young girl puts a part of a cake from some wedding under her pillow, her future husband will come to her dreams. People in England believe that cakes are symbol of good things, like happiness and fertility.

There are some similar superstitious in other countries, but people are using some other things. For example in Serbia girls are putting flowers under their pillows.

This superstition is coming from Holy Bible. There were 13 people at the last supper, and the 13th one was the Judas Iscariot, who betrayed Jesus. That is not only reason why people thing number 13 is unlucky.

The mass execution of the Knights Templar begun on Friday the 13th. Those knights are very popular and loved among Christians. So, because of that many people taught it is not right to arrest and execute them.

A witches coven has 13 members. Coven is a group of witches or vampires and it has actually 13 members. In some tellings members of those groups are 12 withes and the 13th one is Devil himself.

In many cultures 12 is the perfect number, so next one, 13 must be unlucky.

Nowadays people are earning a lot of money thanks to number 13. Friday the 13th is great base for a horror movie or a horror novel. 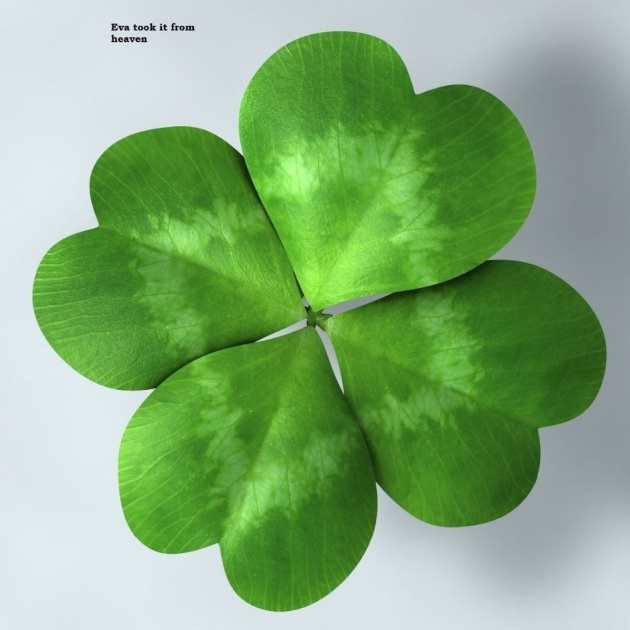 There is a belief that when Adam and Eva were expelled from heaven, Eva took one four leaf clover. Because of that four leaf clovers are called 'small heaven on the Earth'. People believe that helped Eva to pass trough some problems she had in her life.

There is one more belief about four leaf clover. It is coming from Ireland. Celts have belief that four leaf clover is very powerful plant, and that it can protect us from all dark forces that are trying to attack us, and to do bad things to us, but only those that we get as a gift or we find unwittingly. If people make those clovers on purpose they can bring us bad luck.

Actually people love four leaf clovers because they are very rare, and it is not easy to find them.

And that was all for this post. If you like it, please let me know that in the comment below, and if you want to I can make a blog post about some less popular superstitions that are characteristic for some culture. For example Italian culture. They have some very interesting superstitions.

If there is any interesting superstition in your country, please share it with us, I am sure it is going to be very interesting to many people here.

Thank you very much for reading this post, love you all.