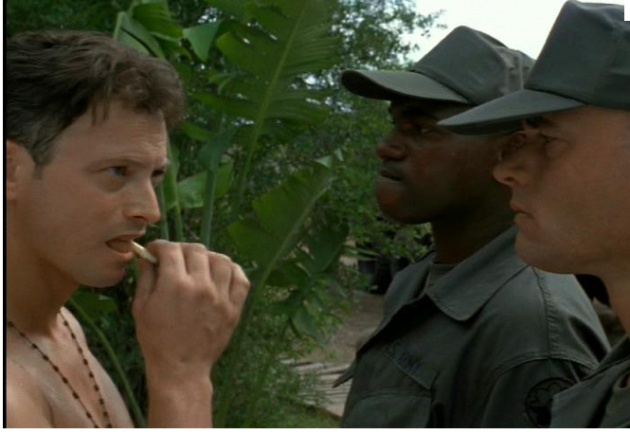 A couple of weeks ago while training upstate for the nationals, I saw a wonderful story about a Hollywood actor helping a marine. Hollywood actors, professional athletes, musicians and successful businessmen make a substantial amount of money. Many knew what they wanted to do when they were little and others figured it out along the way. Marines on the other hand, are the first line of defense when going to war.  They don't make any decisions. The option of going to war is left in the hands of the government and not in the hands of those forced to go to war. Marines don't make as much as these professional athletes or actors but I think they make such a self sacrafice for the country and should be entitled to that substantial amount of money to take care of themselves when they are done serving.

If you've seen articles on Afghanistan, you might have ran across a story about a 22 year old Corporal JB Kerns. This marine lost his right arm and both of his legs from an IED explosion. This is tragic but doesn't mean there isn't any other way of living. Hollywood actor, Gary Sinise, created a veteran support organization called 'Lieutenant Dan'. Gary Sinise played Lieutenant Dan in the movie Forrest Gump alongside main actor Tom Hanks ( Forrest Gump).

Sinise's character Is a war hero that loses both his legs in the Vietnam war.

The program "Lieutenant Dan " is way to raise money for wounded marines and their families to create a smart home helping them to be cormfortabe the best possible way. Sinise is looking to raise enough money to build a home for Kerns and his family. This kind of reminded me of Film Annex's program  G.I.V.E ( Global iniitiative for Veteran Entrepreneurship) which provides employment opportunities for veterans through a mentorship.

Sinise expects the groundbreaking to happen some time in the spring and for the house to be complete by the end of winter.

Ventures like "Lieutenant Dan" and G.I.V.E are great programs that look to make a long term impact on the lives of great individuals.