If you are currently in the Philippines, you might heard this controversial movie that was released back in 2011. The interesting part about this is that you would not be able to watch this movie anywhere in any cinemas back in 2011. Not until this year,  for the very first time after 7 years, it will be shown to the public cinemas sometime in October this year, 2018.

This documentary movie is a story of a Filipino-Spanish boy named Paco Larrañaga, who at the age of 19 and with other 6 of his friends, were convicted with death sentence due to illegal detention, rape, and murder of sisters Marijoy and Jacqueline Chiong.

On July 1997,  Marijoy and Jacqueline Chiong went missing in Cebu and were allegedly kidnapped by Paco and his friends. However, based from the records as presented from the documentary, it was physically impossible for Paco to be present in Cebu at the time the Chiong sisters went missing because Paco  attended his classes in Manila.

Why do this movie became controversial?

Believe it or not, this is one became a "trial of the century" for the Philippines and until now no uncertainty has come to conclusion on what really happened to Marijoy and Jacqueline Chiong. How ironic that the crime happened in the Philippines but this movie never came out back in 2011.

The movie has undoubtedly challenges the integrity of the justice system here in the Philippines. Exploiting loop holes and corruptions that we as Filipinos are fully aware of. Despite of that, idolatry and the intervening to trends kicked in to most Filipinos when this case was televised. Their sympathy goes for the two raped victims which resulted to a one sided trial.

What is my opinion as a viewer?

As a Catholic, my moral values withstand for the rape victims. It's never morally okay to  commit mortal sins and be acquitted from their crimes. But, how do we really take the justice system back in 1997. I was only 7 years old but I remembered the Philippines was once tagged as one of the most corrupt country back in the 80's-90's. Imagine, the elected President at that time was Joseph Estrada who was lately ousted from Presidency because of corruption and gambling. Then, the second in command or the Vice President Gloria M. Arroyo became the President but then ousted as well and got imprisoned because of  election's wire tapping.

Now, tell me how much can you put your trusts to the justice system the time this case went viral? In the video, you would even see that the judge who took the case showed some bias characteristics while the case was  under trial.

As a viewer, I can see that there are some technicalities that the judge committed while working on this case. I did not go to any law school nor became a law student. But for some reason, I felt that it's highly possible the the 7 allegedly suspects were framed up.

Why do you need to watch it?

This documentary movie is  an eye-opener to all of us. Up to now, we are still experiencing this slow justice system here in the Philippines. From the news I have watched since my mind opened to these kind of problems, most cases in the Philippines could take up some years of trial before it would come up to conclusion. What if this happened to you? And you are paying for the crimes that you did not do. Yet, the real suspects can still roam outside the four corners of the wall. That would be very concerning, right?

Paco Larrañaga is still paying for his alleged crimes for almost 2 decades now. A boy who only visited the Philippines but sentenced to death penalty and then later lifted to 2 counts of life sentence in prison.

Now, here comes the upcoming movie "Jacqueline Comes Home"  which gives a different story from this documentary movie "Give up Tomorrow".

Is this a sequel of the documentary?

This is definitely NOT a sequel and should not be treated just a movie. The 2 movies I presented here  are TRUE TO LIFE stories.

"Jacqueline Comes Home" gives the other side story of the victims and from how it started and how it ended. This may be the reason why the issue from 1997 becomes controversial again as this movie wanted to unbox the untold stories and probably a protest against "Give up tomorrow".

The movie will be shown this July 18, 2018 in Philippine Cinemas. The movie producers  are expecting to get positive reaction from viewers and perhaps get some sympathy for the 2 Chiong sisters who were once became victims of such heinous crime and yet did not get a full scale of justice (as per their mother) because of the retraction from death penalty to 2 counts of life sentences for Paco Larrañaga and his 6 friends.

Whose story should you believe into?

These 2 movies provide us a very interesting and concerning problems that I believe today's administration should be focusing. Crimes such as rape, kidnapping, corruption, injustice system, slow justice verdict, drugs and more crimes that we as Filipinos should be aware of because believe it or not, these are the problems that we will passing to our children in the future.

It's been 11 years now since the crimes have been committed and the injustice has been concluded. I think we have to watch both movies and put our feet into their shoes and ask, why is this happening to me?

I believe both sides are victim of a society who become so much care-free out from democracy. The corruption becomes contagious and criminality becomes a habit. It is very sad to\see these problems from a decade ago, are still problems of today.

Give up tomorrow is giving us the chance to see the mistakes of the past could take up so much damage to one life. This is not just a  story about Paco, it's also a story of the 2 rape victims which both seek justice and hoping the somehow, their stories would turn the table and make a change in our country.

My personal take on this movie

Instead of watching Korean novelas, teleseryes and other fictional dramas, let's focus on such films like this so that our mind to become broad, intelligent and wise when it comes to real life problems.

There is no harm in watching this movie. I think my only suggestion when watching the documentary is that, you have to think  more broad and do not choose sides since we were not there when the crime and trial happened.

"Past mistakes do not make you weak, it makes you the better version of yourself." -gfrix 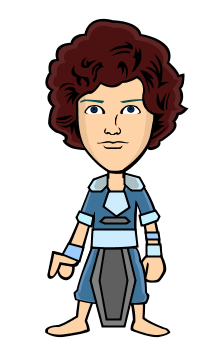 The Death of Stalin : Learn History in Comedic Way

Image Source: Don't Hang up via Wikipedia Hang up.. or die.. DON'T HANG UP Hello People of bitland…