I was walking along the sea, the water lapping up my feet…. there was a smoky sun somewhere up there, it was too bright for the eyes, I didn’t try to look up, but I knew it was there, somewhere to my left, over the sea. I could see three tiny boats bobbing up and down in the waves. They were like three seagulls touching the tips of the waves with their wingtips every now and then. The boats were moving toward the right, away from the shore. I knew I would lose them after a while; where the beach takes a sudden turn and jumps into the sea like an eager child rushing into the pool for her first swim. The boats were ahead of me. They would go past the bend, and would be lost from my sight till I reach the bend. Once I am at the tip of that bend, I will see them again before they vanish once again beyond the big rock that juts out into the sea a few hundred meters ahead of the little child bend. That’s what I call it – Kochi, meaning young, childlike, in Bengali. I like that bend. It gets all swallowed up in high tide though, just like a child being overwhelmed by the sheer volume of the water in the pool. And then, once the sea recedes, Kochi comes up smiling and dazzling, all studded with seashells, once again reminding me of the disarming smile of an innocent child. That’s what is so perfect about the name, the innocence it conjures up in one’s mind. The word reminds me of the mouth-watering smell of green mangoes, of newborn leaves, virgin grass, soft baby hands and feet. I like sitting at the water’s edge at the tip of the sand and let my feet play with the cool water. I like it best when the tide recedes, and Kochi comes up slowly. Often children from the nearby fishing community come here to collect those shells. Kochi doesn’t mind giving up some of her treasures to them. Their small feet running all over her make her happy. They leave behind their small footprints on the wet sand. Of course, the sand blows in the wind and the footprints vanish after a while. The ladies who gather seashells for a living don’t come to this small bend of ours. Somehow the area around is not that rich in seashells, and the few handfuls that they can strain out from here doesn’t match the loots from other bigger and rockier stretches further down the beach. So we have her to ourselves. The children and me. I sit here and talk to the sea.

The sea here is very quiet, he talks in whispers, soft gurgling whispers, just like a mountain stream that has suddenly jumped into a valley. I must write about them some time…. I like streams, more than I like rivers, and much more that I like the sea. There’s something very friendly and cute about streams. They are like happy little girls, with a streak of a woman hidden in them. I like everything connected to mountains. But I shouldn’t be talking about them sitting here by the sea. He’ll be upset. And I like this sea. Maybe because he is a bit like a stream, maybe because I like this bend, maybe because this is the only way I can spend the long hours these days, talking in my head to the sea, to the palms along the beach, the sand, the seashells, gulls, boats, the breeze….. talk to them and visualize them in my mind’s eye and smell them. That’s how I know the children from their mothers and the fresh shells from the old ones. That’s how I also know where the gulls are flying. The smells. They speak so many languages, in so many colours! I can feel them in my veins now. When Kochi comes out of the water, all wet and dazzling, she smells of faint mysteries, just like a young woman who has the salty taste of deep physical pleasures fresh on her tongue. Her smell evolves with the day and changes shades with the seasons. It’s difficult to believe that I have spent four years in this small seaside town. Four years away from the world that I had known, cherished and lived in all my life, four years sitting by the sea, hearing, touching, smelling…. four years of fathomless solitude and obscurity.

Do I like this? I didn’t, in the first year or so. I yearned to go back to my world, back to the glamour and glitter and admiration, and I was in pain because I couldn’t. I tortured my soul day and night, thinking of the past, a past that was so near, yet so far, so much a part of me, yet so distant that I couldn’t touch it, no matter how much I tried. I spent sleepless nights, tossing and turning with the memories lashing at me. I wanted to run away from them, but I couldn’t. For the first time in my life, I prayed, for peace. Nobody heard my prayers, or even if someone did, I didn’t hear any answers. The torture continued for days and weeks and months. I thought I would die of the depression. And then, one day, as I was walking by a palm grove by the sea, I heard someone calling. It was a faint childish voice. I knew she was calling me, because she said “madaam”. That’s what they call me here. Not that they talk to me much, but when they do, that’s how they address me. I wish they’d call me Amma, like they do for other women. Then I wouldn’t feel so left out. But I guess they can’t think of me as one of them, and I can’t blame them either, because I don’t help them by dressing in kurta-pajamas or skirts. I have often wanted to talk to them though, just to know what they think of me. I know I am a narcissist through and through; in those days I used to think no end of myself. Though I have grown out of that now, I still haven’t really got over the self love totally. I guess I never will. But I am deviating from what I was about to say. I was talking about the day when I heard this slight voice calling out to me from the palm grove. I stopped and turned a bit towards the voice. I knew someone was running towards me. She came and touched my hand softly and said something in local dialect. I didn’t quite understand her. But there was something in the sound of her voice, which made me feel very small in front of that little girl. She tugged at my hand then, and I bent down towards her. Now she spoke in broken Hindi; why do you always look so sad, she asked in a slightly accusing tone. I don’t know why, but I felt I should tell her the truth, I should explain myself to her. So I told her that I was lonely, and I missed my world. I unburdened my heart to the little soul, and she heard me, holding my hand, as if she was an old friend who understood. She did understand, somehow. And talking to her made me feel light within. After a long time, I was happy, in a silent kind of way.

She said her name was Neeru, meaning water. In Bengali, Neer means shelter, home, a bird’s nest. That’s what she reminded me of. She talked in a quiet voice now, telling me of the family she had lost when the sea “went mad”. She had been to the big fair in the town with the neighbours. When they came back, everything had been destroyed. She built sad images of the devastation, sometimes lapsing back in to her own language. But the language didn’t matter; I could understand every word she spoke. She talked for a while, keeping my hand in hers and looking at the sea. Then she turned towards me all of a sudden and said, but see, I don’t look sad like you, and I still love the sea. At that moment I knew that our lives had entwined through the sweat and salt in our clasping hands. I took her home and gave up the world that had forgotten me a year ago. 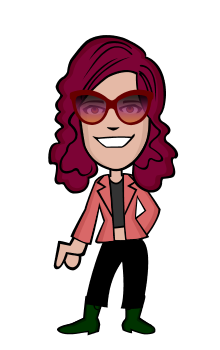 My cup has now filled with melancholy. Many a times, I ask myself why not to give up on people who n…