My Favorite Themes In Movies - Duel Of The Fates - Star Wars 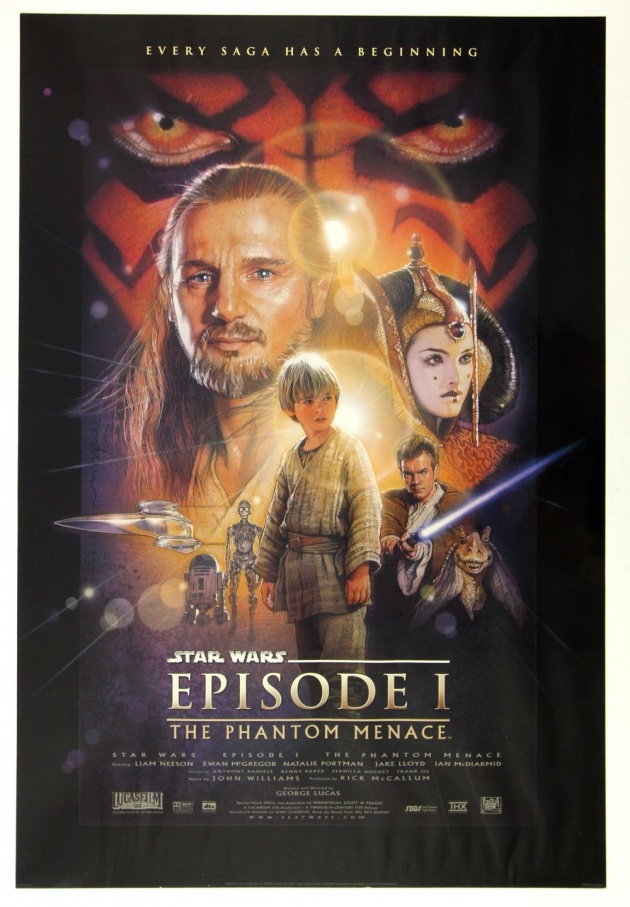 I've been writing about video games for a while, so I thought I'd switch things up this week and remark about some theme songs that I enjoy from movies. I'll also go into television at times because there are some musical themes that I enjoy from that medium as well. Mostly cartoons, but I'll mention some live action shows as well. But for now let's focus on something that is exceptionally awesome.

A lot of people, to this day, love to rage on the Star Wars prequel movies for a number of reasons, and I admit they're not perfect movies and there have even been better Star Wars stories told outside of the original trilogy. Knights of the Old Republic, for instance I believe is a better Star Wars story than either The Phantom Menace or Attack of the Clones. That being said, I still love the film for the story it told, the exciting new places it took the Star Wars universe in a visual manner, the action sequences, and even the characters.

Palpatine is perhaps my favorite Star Wars character of all time, original trilogy or prequel trilogy. Heck, SAGA character is more like it. In TPM in particular, though, I really came to be fond of Qui-Gon Jinn, who was the antithesis of Palpatine. Whereas Palpatine is cold, conniving, deceitful in even his Senatorial identity, Qui-Gon was genuinely warm, approachable, and a protector of those in need. And he did what he needed to as fit his vision of the Force, even if it flew in the faces of what the Jedi Council dictated. Even straight as an arrow Obi-Wan Kenobi had to remark "Do not defy the council, Master, not again." So in the words of Charlie Murphy, Qui-Gon Jinn was a habitual line stepper, as far as Jedi affairs went, haha.

I also greatly enjoyed Jake Lloyd's portrayal of Anakin Skywalker and the amazing pod race sequence he took part in. Usually any kind of competition within in a movie leaves me bored and uninterested because, well, it's a movie, and the very nature of a sporting event is that the result is unpredictable. The pod race in The Phantom Menace was an all together different beast. It was loud, it was dangerous even for the veteran racing characters. But this kid, this well mannered slave boy took home the gold and helped save the day for his newfound friends. That was awesome.

Something else cool that The Phantom Menace had that Attack of the Clones lacked was a real villain. Yes Palpatine/Sidious was there as the power behind the power, but there's a reason why whom I'm about to mention was basically the face of the movie. Darth Maul fit that bill of being the main villain exceptionally well. Not only did he look fierce, but he backed it up with an incredible display of martial arts and sword fighting capabilities that had not been seen in a Star Wars film up to that point. It's too bad Maul was written off the way he was in the movie because I personally felt he could have been the Sith menace in the prequel trilogy in a way that was analogous to Darth Vader's role in the original trilogy. Dooku in Episodes 2 and 3 came off far too gentlemanly to personify evil in the prequel trilogy. He was merely there to show that an experienced Jedi could fall to the dark side, but I think Anakin was doing that enough for audiences to see and experience. Oh well, wasted opportunity there.

I could go on and on about how much I particularly love The Phantom Menace, but this post has turned into a long enough review as it is. So here it is, the centerpiece musical composition of The Phantom Menace. The lightsaber duel would have only been half as awesome as it was without this theme song to accompany it. The appropriately titled Duel of the Fates!

As soon as this was played this new composition of the Star Wars saga instantly became a modern classic in the same vein as the Imperial Theme from Empire Strikes Back or even the main theme of Star Wars itself, heard in each film's opening title crawl. Sporting events used it to help sell the image of competition at various championship events, it was most definitely used in the then growing of Star Wars fan films that cropped up after The Phantom Menace's release, and it's just well regarded as a wonderful composition that added to John Williams' illustrious career.

I know whenever I hear it, I'm transported back to that movie theater in 1999 when I first saw The Phantom Menace when I was 13. I remember the cheering of the movie going audience from beginning to end and realizing that I wasn't just viewing a movie with like minded fans, but I was taking part in an experience. And there have been few like it ever since!