Almost everyone wants to be a businessman, each and every individual has ideas in mind and that it only needs determination and perseverance to strive for whatever it is that one want to become. To become a businessman requires courage to sell your product, requires will to be able to move forward and continue the specific business which you had started and one should be a wise one to learn when to stop and look for another product to start again.

Indeed it is hard to be in that industry where there are lots of competition around. You'll be in the middle of challenges and hardships just to be able to soar on top of the rest of your competitors. It is really important to be knowledgeable enough about the nature of the business which you had engaged on. Aside from that, proper training and other preparations should be undergone in order to be prepared on this specific venture.

It is also said that failing in this venture is normal and one should be resilient to whatsoever failure he may encounter with this journey. Based on studies, a business would need at least the years for it to succeed. But three years would not mean that you'll just be stagnant. It means three years of pursuing constant improvements in terms of services, innovating products and continuous reinvention of whatever suits the market.

The Philippines has a lot of opportunities and lots of individuals who are into this journey of business. Majority of these individuals don't have the right amount of financial capabilities to start their businesses.

Thankfully, a show from ABS-CBN Network had emerged to serve as an inspiration to families everywhere who hope for a better life and brighter future. May Puhunan literally means "There's Capital or Investment".

Karen Davila has been a cover as well for certain magazines both locally and internationally.

A short information on the host's career:

Karen Davila is an award-winning Filipino broadcast journalist and television presenter. Here are the shows which she is currently hosting:

Dávila has also won numerous awards both locally and internationally in her career, including two awards from the prestigious New York Festival and the 2008 Ten Outstanding Young Men Award for Broadcast Journalism.

She sets out in search of uplifting stories of people who succeeded in changing their lives for the better.

The show features certain businessmen and in the photo above, they feature Mang Tootz, the owner of iconic carenderia in UST.

Broadcast journalist Karen Davila tells the story of how millionaire and so-called “Puto King” of Pangasinan put up his business with a small initial capital.

In 1994, Nelly, a former store cashier, only had an initial capital of P2,000 to start her little business in their family garage. 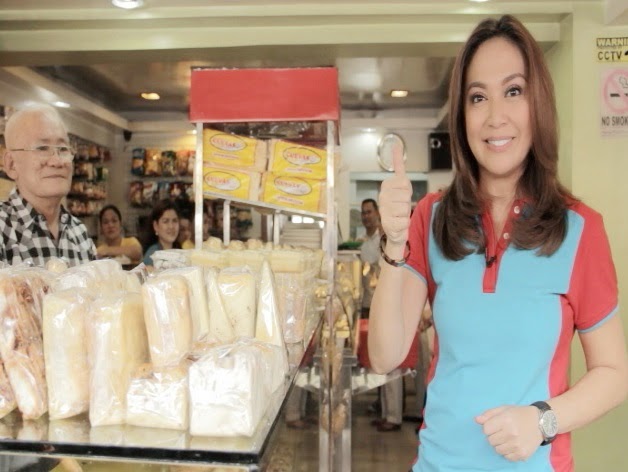 The show is a part of the Pinoy True Stories which is a collective title for the five different afternoon docu-news magazine programs airing on ABS-CBN. The hosts tackle real-life accounts of Filipinos and help in solving problems that affect the communities and families nationwide. Each of the five programs airs every Weekdays.

The show had gained a huge amount of audiences both local and abroad as it drives the Filipinos from other countries specially those who are OFWS or Overseas Filipino Workers who are also hoping to go home back to the country and start their own businesses so they can just stay with their families.

A few of the episodes which gained a lot of views locally as well as internationally:

My Puhunan goes back to the people they helped and shares their success stories.

Prof. Nestor O. Raneses, executive director of the UP Institute for Small Scale Industries gives some tips to aspiring entrepreneurs who want to make it big in the market.

Renowned businessman/missionary Bro. Bo Sanchez gives tips on how to handle your money properly. In order for an individual to be rich, one must think of long-term plans as his motivation to save more. He also promotes investing in the stock market in order for your money to reach its optimal point.

Business expert Randell Tiongson shares his insights on how to make your dream business become a reality. He also gives some tips on how to manage it properly and what will be the "in demand" businesses for this year.

This episode features Zenaida "Zenny" Corcuera, the Mani Queen of Laguna, pave her way to success.

In this video, Manny Valencia, the owner of the food label, Joshua's Meat Products, shares his struggles and successes in venturing his own meat business.

In this video, a grade school dropout turned garbage collector is living proof that one can make money from trash.

Even though Aling Merly lost two of her children it did not stop her to pursue her dream business. She shares some of her secrets to help her fellow entrepreneurs to be successful.

Jorge and Helen Lising, the brains behind Greenpak Enterprises share their journey from being former employees at a company to being their 'own bosses' at their 'own company'.

Get to know Fe Vidal a.k.a. Bangus Queen and how she started her business.

One have healed and the other is still fighting. Grace Barrios and Maggie Labanza were both tested by their respective illnesses but these doesn't stop them from building their own businesses.

Roxanne Loya, a 22-year-old fresh college graduate who wants to pursue a baking business. In the World Bazaar Festival, she is surprised by the show when her little business was featured as an exhibitor in the said bazaar.