Naheed Farid is a Member of Afghanistan Parliament 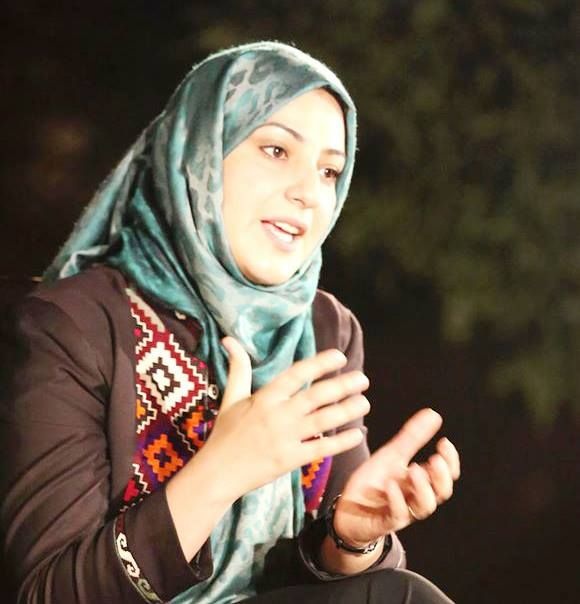 Naheed Farid is a Member of Afghanistan Parliament, House of Representatives. She was born in Herat City in 1984; she graduated from the Mahboobai Herawi High School and earned a bachelor’s degree in law and politics from Herat University. She also holds a master’s degree in international relations from the George Washington University.

Although many barriers limit Afghan women from being active outside their home, many still work as state officials, judges, lecturers, doctors, teachers and even engineers. In addition, many women are members of civil society organizations and the private sector, too.

Women have accomplished significant achievements since democratic government was introduced in 2001.  The number of girls in schools rose from 0 to 51%, while 28% of the officials in the House of Representatives are women, and three women are cabinet ministers. We have many women who are judges; we achieved remarkable political participation in elections and even considerable participation in the Afghanistan policy and army.

I think many of these achievements are fragile. To maintain the progress of the last decade, we must protect women’s rights, as outlined in the Constitution of Afghanistan which guarantees the rights of all individuals living in the country. On the other hand, although we have accomplished a lot for women’s rights since 2001, much remains to be done. We should unify our efforts to build persuasive, integrated movements for women’s rights.

Everybody believes that insecurity is the major threat facing Afghan women regardless of their age, social class or hometown. Additionally, I would say absurd traditions, extremism and ideological fundamentalism, poverty, ignorance and illiteracy are other enemies for the progress of women towards their destiny, particularly in remote areas of the country.

Although Afghanistan now has a democratic government, many politicians believe our society is not ready to be run as a democracy. I disagree with them all because I believe human beings are born with liberty and freedom. Clearly, though, it is a challenge for those who think like me to support democracy, when many officials in power disagree with this form of rule.

We are approaching important elections in 2014 and 2015. First, I hope that these elections do take place. I expect that women will be courageous and confident in both voting and also running for office.

Women’s rights are natural rights; therefore it is wrong that women’s issues have been politicized. The government of Afghanistan uses restrictions on women to make concessions to the Taliban and insurgents. Therefore, I believe peace talks and the negotiation process undermine the achievements of women and the efforts of the past decades and need to be reviewed.

More educational campaigns to raise awareness should be launched to increase the knowledge of families regarding women and human rights.

Now we have schools in almost every village of Afghanistan. Women should acknowledge their daughters’ rights and send them to study instead of keeping them at home or giving them away in marriage. They should use their rights to justice and medical care to protect themselves and develop a healthy and happy family.

Taking part in community activities such as priority project selection and village decision-making can help women to find their own voice.

My aspirations for afghan women are that;


Above all, let us not forget that democracy is not a dream that happens overnight but a process. This process has several stages; we are only in the very beginning, transitional stage! Women have a very specific and vital role to help the democratic transition. Their role in elections, political participation, lobbying, and courage to run for office is all crucial. I hope they can pursue such an important mission successfully.

Struggling for human rights and dignity, for justice and opportunity, is truly difficult in Afghanistan. For those who have been on the front lines of these struggles, who have felt the beatings, who have been victimized by discrimination and violence and who are now working to shape and secure the transition to democracy, I express my great appreciation.