Check out Jennifer Lawrence starring as Katniss Everdeen in this new character poster for the upcoming film The Hunger Games: Mockingjay - Part 1. It is really cool to see Katniss, the "courageous one that will change the world" in front of the mockingjay logo, with the wings behind her. What do you think of this poster? 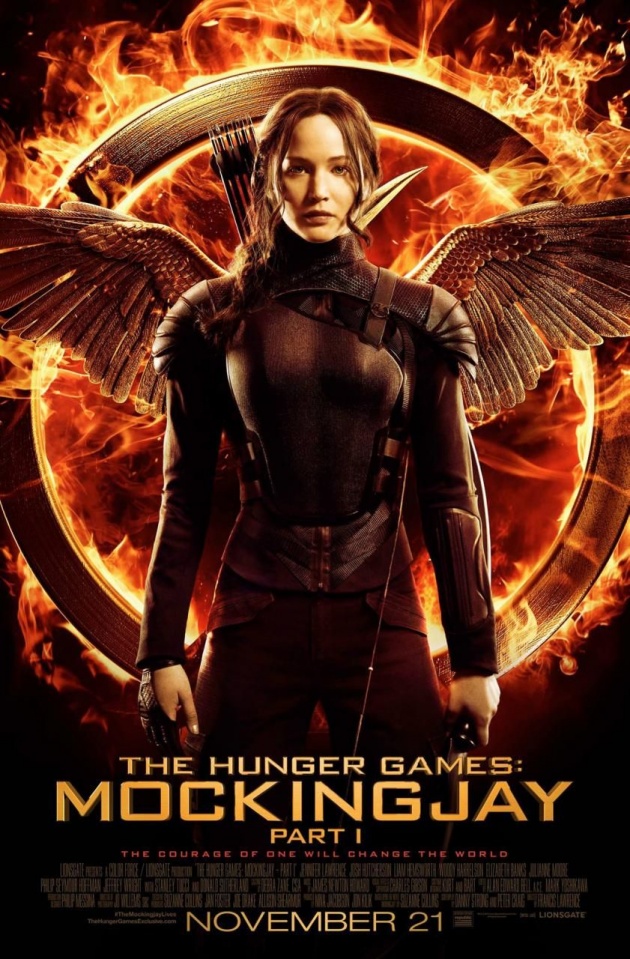 In The Hunger Games: Mockingjay - Part 1, Katniss Everdeen wakes up in District 13 right after the events of "Catching Fire". Under the leadership of President Coin (Julianne Moore) and the advice of her trusted friends, Katniss spreads her wings as she fights to save Peeta and a nation moved by her courage.