Hello everyone! I still got a few more blogs for my Baguio trip so I hope you stay with me. Well, the Tam-Awan Village was our last itinerary for the trip but let me share to you some unexpected side trips we’ve been to during our first day.

After an unfortunate experience at Christmas Village, we headed back to the city proper and got off the jeepney at Burnham Park. We took a rest at the park before deciding what to do and where to go next.

THE DAY IS ALMOST OVER. WHERE SHOULD WE GO NEXT?

The night is already getting late and the only thing we have in mind for our next destination is the night market. Since my shoes was hurting my feet so bad, I asked mhaiiiself that we drop by SM City Baguio first to buy thicker socks.

It was already past 9 P.M. when we left the mall and walked down the streets of Session Road. We didn’t use Google Maps to find the night market so we were just walking spontaneously on the streets hoping to find it without the help of a gadget.

Session Road is just small so we're quite sure we could find it. But apparently, after a few minutes of walking, we began to think that we’re lost. We’re about to give up when we reached an intersection and still saw no signs of the night market. However, I saw something interesting and shining across the road. I told my friend that we drop by there first then we can continue searching later on. 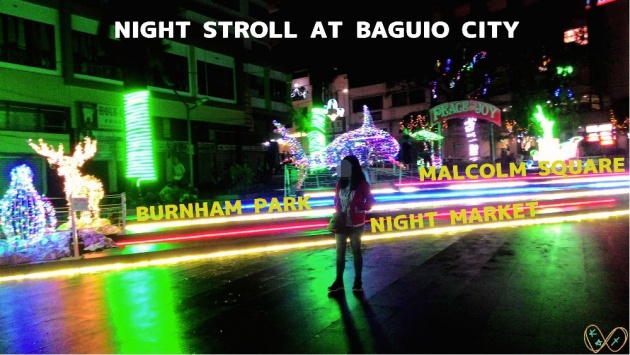 Malcolm Square (named after Justice George Malcolm) is a public plaza within the business district of Baguio City. The plaza is also known as the People’s Park. Last 2016, Malcolm Square was rehabilitated to improve its look and better suit the activities of the city. (I don’t know how it looks before but I’ll say the new Malcolm Square is nice.) 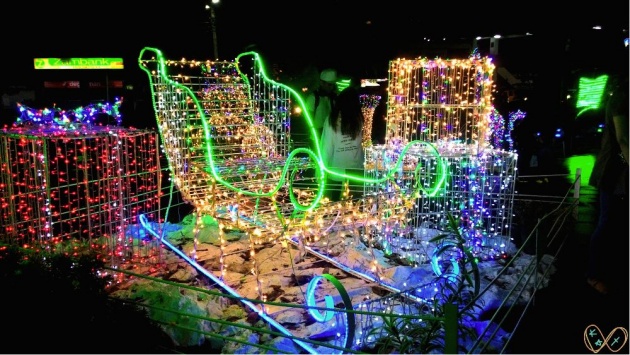 Last Christmas Season, Malcolm Square was decorated with colorful lights in different Christmas symbols and animals. Giraffe, shark, snowman, Santa’s sleigh, and many more. This project was called "Lights and Sounds". The lights display only lasts for 3 hours a day from 6:30 P.M. to 9:30 P.M and ran until January 07 of this year only. 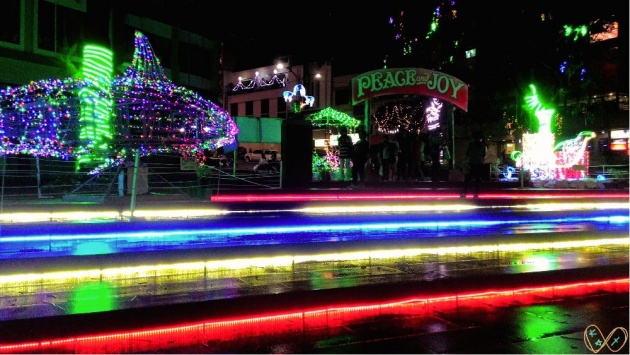 Aside from the beautiful and awesome light designs, I also love the lights on the stairs. Each step has its own color which I find really cute. The place is small but it’s a good place to drop by if you’re just strolling around the city or want to have a nice photo to add to your Instagram feed. There were also a few people so you can enjoy having snaps with less to no people on the background. 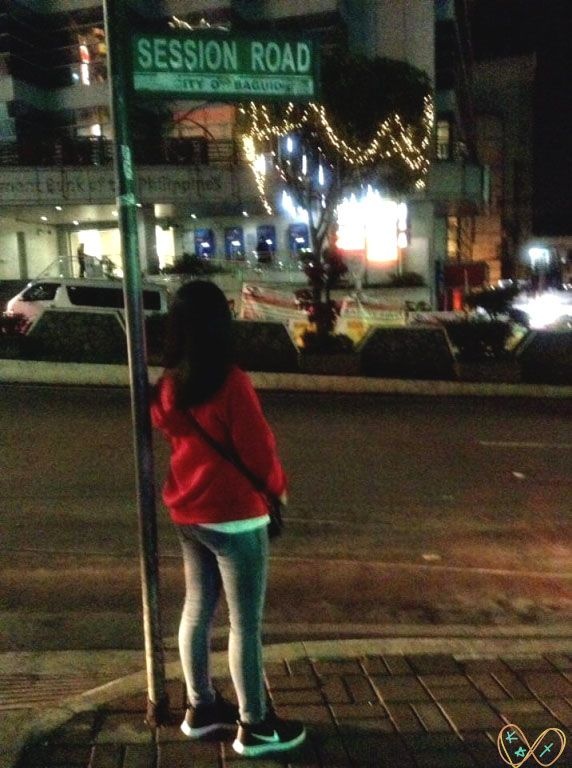 (image source: Mhaiiiself; edited by Katsanslimites)
Session Road and I. When you're lost, pose. I mean, pause.

My friend was also looking for the Session Road street signage to take some photos with. And voila! We found one just beside Malcolm Square! Thank goodness.

Malcolm Square is located at Perfecto Street in Session Road, just near Hotel Veniz and a couple of walks away from Burnham Park and Baguio City Public Market. Speaking of which, we finally seek the help of Google Maps and found out that we’re already near the night market!

The night market is a very popular night destination in Baguio City where people can buy and haggle for branded secondhand apparels (or popularly known as "ukay-ukay" in Filipino), replica items, and eat various kinds of street foods. This night activity isn't only popular with the locals but with tourists too. 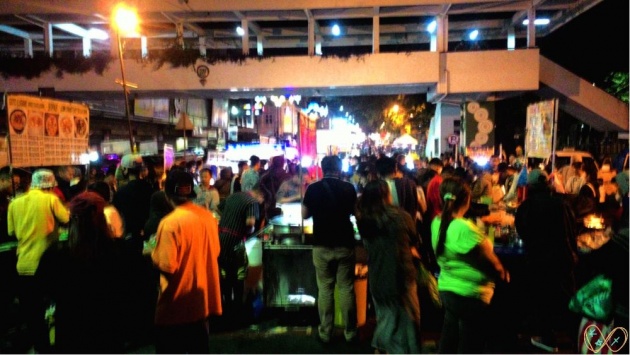 (image source: Katsanslimites)
At the starting point of the night market. Sorry for the blurred photo. It's the most decent shot I had taken.

The entire Harrison Road is closed every night to give way for the night market. For us who is not familiar with the names of the streets around Baguio City, you can just simply look for the Igorot Park in Burnham Park because the night market is just beside it.

Street foods can be found at the beginning of the street while second hand clothes and other things could be found after. There were tons of carts selling street foods for people to choose from. Korean street foods and shawarma were also sold there.

My top choice among the foods we bought is the cheesy sweet corn. It tastes so good! And sorry that I can't show you photos of the foods we bought because we were so hungry so we immediately ate it. But we saved the shawarma to eat when we return to our room. 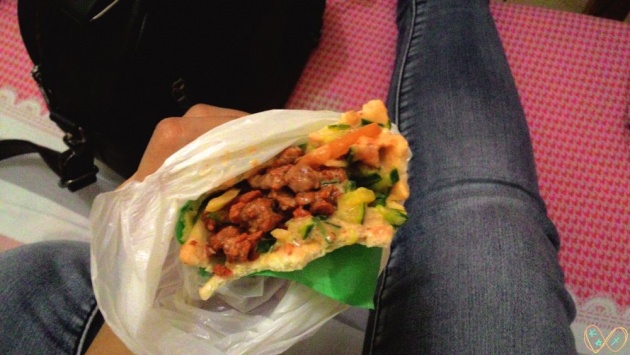 (image source: Katsanslimites)
Shawarma wrap. I had already taken a bite so I'm sorry if the food no longer looks presentable.

We kept the shawarma to have something to eat at the transient room while we ate the rest of our foods at the Igorot Park. Surprisingly, the park was filled with people even though it was already almost midnight. Most people on this area were eating foods they have bought from the night market.

Now let’s move on to the second part of the night market. Aside from the street foods, people mostly go here to find good secondhand items for a very cheap price. I also saw some clothes being sold for as low as Php 10 ($0.19 USD). (But the clothes look really old. Yikes!) 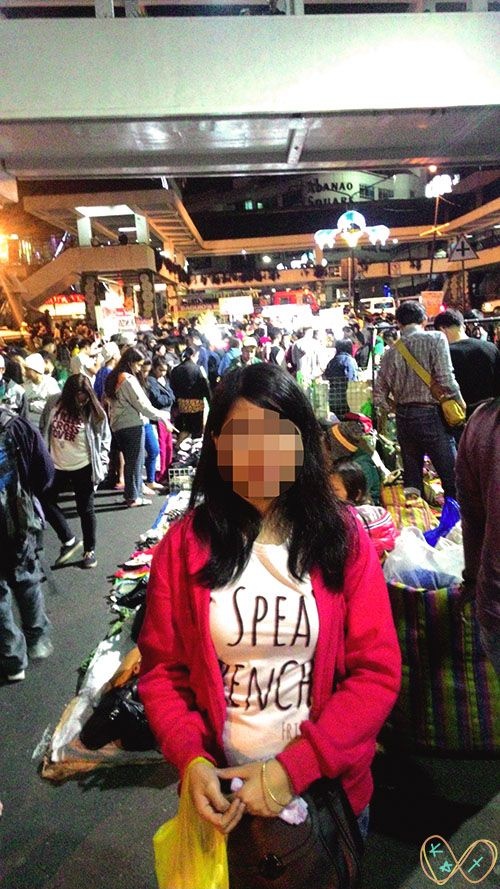 (image source:Katsanslimites)
Please excuse my stressed hair. (Lol.) A photo inside the night market, because why not?

One would surely never run out of items to choose from as the stalls seem to be unending that we had literally given up walking to find its end. Anyhow, be careful of buying secondhand items because you’ll never know what it can cause you. Most common problems I hear about people buying these items are skin irritation and infection. I don’t buy secondhand items for this reason. The items may be cheap but I don't want to risk my health for this. Still, a lot of people take risks on these items because of its super cheap price. And if you have lots of patience and good searching skills, you can find good items too and some even still look as good as new.

One thing I liked about the night market in Baguio City is that I never sweat despite the huge crowd. Usually, I would refuse going on these kinds of places because I’ll easily get stressed due to the heat and crowd. But with the cool weather of Baguio City, I had ease walking around. However, don’t be too comfortable enough and always be mindful of your belongings. Nevertheless, enjoy getting great finds at the night market! 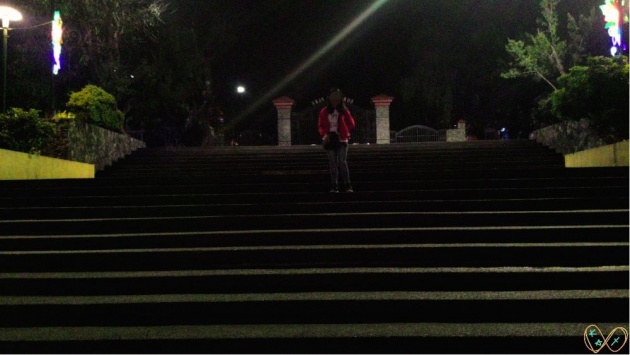 (image source: Katsanslimites)
I wonder how many steps does this stairs have?

Since the night market is alongside Burnham Park, we’ve decided to stroll around the park for awhile before returning to our transient room. I’ve been to this park quite a lot of times but this is my first time to see the park at night. 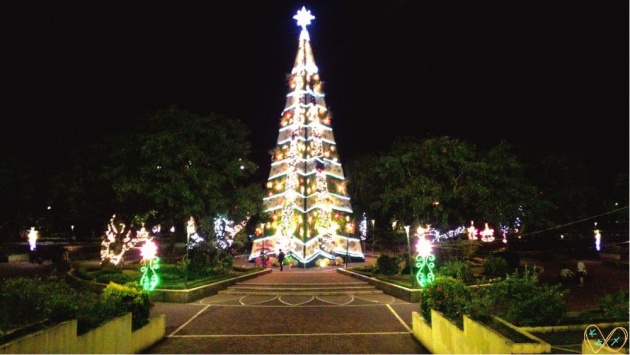 The surroundings was even more quiet at night with very few people, except at the Igorot Park which is beside the night market. It was just two weeks after Christmas back then so the Christmas decors at the park were still not removed. Even if it was almost 12 A.M., the lights were still on on some areas of the park so we took the chance to take some photos around especially at the huge Christmas tree in the park. After resting and getting satisfied of the photos we took, we finally decided to return to Yang’s Homestay.

(video source: The Hungry Syrian Wanderer via Youtube)
Around Session Road at night.

Baguio City is definitely not only amazing during the day but also at night. The night life in this city is good as there are still lots of establishments open and walking late at night isn't that intimidating because there are still a couple of people walking around. The night market though really amazed me with the huge number of people despite the time. Well, it’s a “night” market, right?

The cool weather plus the amazing lights in the city makes it perfect for a walk at night but I must remind you that you must not go out alone at night. The city may be considered safe but there are still some cases of holdup and other crimes. So go out with a group or have someone accompany you. And avoid those poorly lit areas or streets too. Who wants to get in trouble, right? And it’s more fun to have somebody along too! 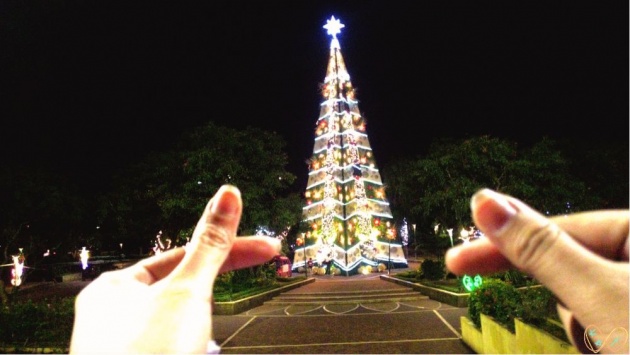 Would I recommend strolling around Baguio City at night? Definitely yes.

(Now with the heat index rising up to 48.7 ℃ last week at a nearby city here in our province, I really wish I could spend my whole summer in Baguio City. Ugh! I even feel like fainting while editing this blog.)