One thing I would eradicate from this world to make it a better place.

Freedom From The Elites

One thing that I would eradicate from this world to make it a better place, given this topic to write upon I was surely put in a fix. There are so many social evils which put this world under its dark shadows. There is poverty, there is child labour, there is religious extremism, there is illiteracy and what not! The question that arises here is that what is the root cause of all these problems? What causes all these? In my opinion the “Elite” is what causes them all. The elite here does not refer only to the rich people or the upper class, it has very deep meanings. The elite are a group of people who are ruling the world. Yes! These handful of people have the power to control the world’s economy, the trades, the media, the wars, the food, and even the minds of people. They have taken freedom away from the public. These men claim to possess the knowledge of the occult. Most of the people might not be familiar with this term, for them: Occult refers to “Secret or hidden knowledge”. This is something most of us haven’t ever heard of, because the general public is kept unaware of it, but that doesn’t mean it does not exist! And I believe that as long as it exists, it won’t let the human race live peacefully.

The elites operate in secret groups. They call these groups “Brotherhoods”. These secret brotherhoods operate behind the scenes manipulating the system of the world. These men have secured major positions in the government, multinational companies, world treasury etc…  They have designed the system so well that nearly 90% of the world’s wealth is controlled exclusively by them. That is the main reason that the rich gets richer and the poor gets poorer. Most of the world’s wealth is concentrated to the elite class, which is the major cause for the spread of poverty all over the world which in turn gives rise to crimes like looting and stealing.

Apart from the financial system, these men have also penetrated into our educational system. We are taught what THEY want us to learn. The concept of free thinking is abolished and most of us have become mental slaves to them. People are made ignorant, they study just to get a good job and earn good money. The real spirit of education and literacy is lost. People talk about free education but I believe that a free mind is more important than free education. Free thinking gives rise to liberalism which is a serious threat to the elite. Free thinkers are free people, they cannot be controlled by anyone and they are building blocks of a free society.  Nowadays the critical thinkers of the society are labeled as “Conspiracy Theorists” and are considered insane people.

On the other hand the media is yet another powerful tool for the elite class to brainwash the masses. These men own the media as well. Let it be Hollywood, Bollywood, the music industry or the news agencies.  The public believes whatever is on the T.V. or the internet to be true without even verifying it themselves or digging into details. They praise and imitate the actors, singers, and other artists who are actually puppets of this elite class. Our children are shown programs which take the feeling of compassion, humanity, unity and other moral values away from them. They are fed that this world is everything and the concept of hereafter is wiped off their minds.

Moreover, the system of banking is also controlled by the elite. The concept of paper money, credit cards etc... has put the common man to misery. We dump our wealth in banks considering it to be safe there, but in reality we are happily gifting our wealth to the elite to misuse it in their evil motives. Even the rapidly growing technology is under their control. Common man is happy to buy a latest smartphone but what he does not realize is that the gadget he is carrying may be constantly tracking him. And there is a possibility that this information may be transmitted to other sources without his knowledge. So a mere cell phone has made common man a captive of the ruling class physically as well.

These powerful men have the ability to make wars wherever and whenever they want. Mostly Muslim countries are the targets since the Islamic law is another serious threat for them. This ruling class promotes secularism among Muslim nations just to weaken the Islamic foundations of the country and to make them their slaves. The conversion of Turkey from Islamic to secular state is a good example. And now by looking at the lifestyle of Turkish people one cannot even believe that majority of the people in Turkey are still Muslims.

In a nutshell, when it comes to eradicating social evils and making the world a better place to live, I believe to do that we don’t need to put a lot of efforts on different areas. We first have to eliminate this elite class. By eliminating I don’t mean that we should start killing them but rather we should stop being their slaves. It is because of us that these men have reached such a level. We should free our minds and bodies from their control. We should educate our young generation to practice free thoughts, free speech and to oppose the beautifully disguised oppression that these men bestow upon us. Religious education will also play an important role in eradicating ignorance from society. Once the society is free from these men, then all other things will automatically get better. There will be fewer wars, less poverty, less illiteracy etc… It is now our responsibility to get our freedom back from the ruling class and to save our youth from this slavery! 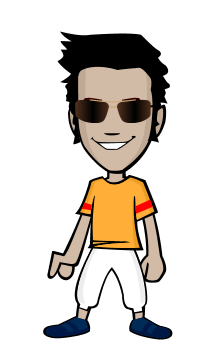