A Year of Great OneCoin Achievements
2015 has been a great year for OneCoin, reaching $1B Market Cap already in October! Imagine that if all our coins were mined today, we would have been the biggest player on the market! We made that possible thanks to the efforts of the OneCoin leaders and everybody in the network, working hard to promote the One concept.

With all the amazing people that joined us in 2015, especially those of you mining the coin and promoting the opportunities the company offers, OneCoin has become one of the top 3 global cryptocurrency market players in a year!

From 51 000 members in January, OneCoin expanded to 730 000 people, who trusted and joined us by December 2015! We are now present in 203 countries globally before we even started expanding in Latin America!

THE PRICE OF THE COIN

Since January the price of the coin has raisen significantly. Compared to €0,50 in January it increased over 5 times up to €3,35 in December. The more we mine the coin, use the coin and expand the network, the more the price will rise.

While in January 2015 there were 4 290 000 coins mined, in Decemeber there were already over 435 000 000 coins mined. So far 20,6% of all OneCoins are mined by our miners compared to 0,20% in January. The development shows the rapid increase of members mining the coin as well as the demand for getting coins through the mining process.

With all the opportunities that OneCoin offers and because of its rapid growth, you can design a business strategy that best serves your financial goals. Besides mining the coin and benefiting from its rising price, you can instead promote OneAcademy and the OneCoin concept, and expand your network.

Now you have two business opportunities in the same genealogy tree that give you the opportunity to max out from both your OneCoin and CoinVegas businesses. With all the benefits OneCoin offers, the number of members maxing out the compensation plan increased from 112 in January to 5 749 in December!

All these achievements seemed as an impossible target a year ago! Yet, we have done so much! Now, we are in our second phase of development, meaning that the more we use the coin, the more opportunities will be out there for all of us as members. The future of OneCoin is in our hands, because we are OneCoin! 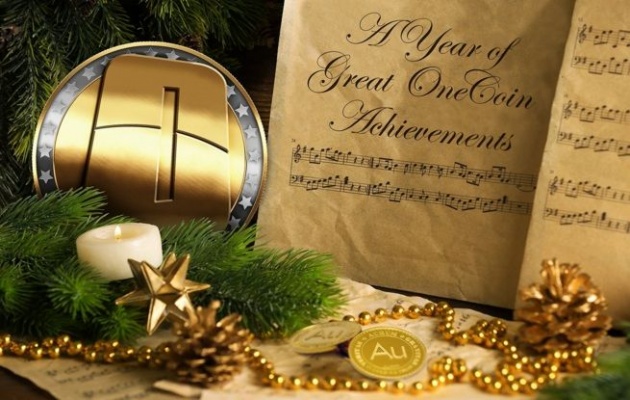