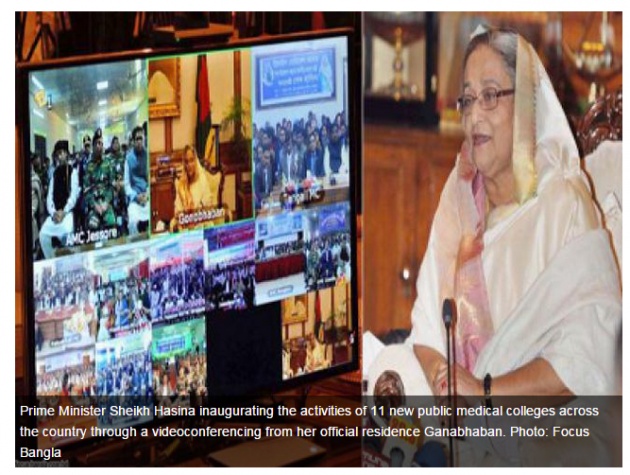 Worried at the poor quality of education and doctors coming out from the country’s private medical colleges, Prime Minister Sheikh Hasina on Saturday asked the Health Ministry officials to put these institutions under intensive monitoring and supervision.

"I ask the Health Ministry officials to make sure that these medical colleges strictly maintain the standard of their education so that no patient-killing doctor comes out from there. You must supervise these colleges closely and intensively," she said.

The Prime Minister gave the directive while inaugurating the activities of 11 new public medical colleges across the country through a videoconferencing from her official residence Ganabhaban.

Sheikh Hasina said the officials concerned have to remain vigil about the academic activities, curricula and other related matters of the country’s private medical colleges.

The Prime Minister said the doctors who will come out from these colleges will have to be good doctors, not patient killers.

Health Minister Mohammad Nasim and other high officials of his ministry were present at the programme.